‘Parallel Mothers’: Almodóvar brings back Cruz to give birth and dig up the graves of Spain’s past 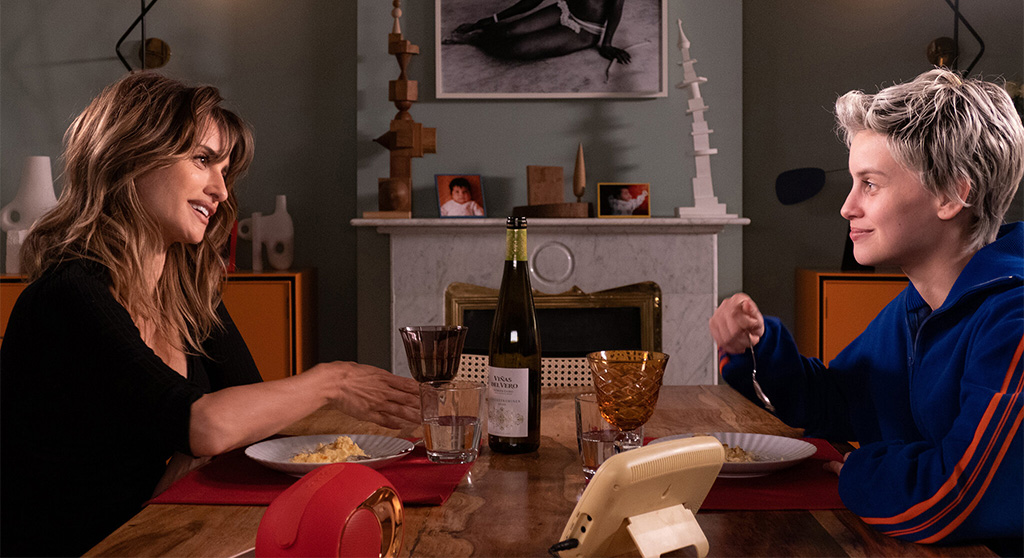 ‘Parallel Mothers’: Almodóvar brings back Cruz to give birth and dig up the graves of Spain’s past

Pedro Almodóvar’s favorite matriarchal muse, Penélope Cruz, returns for a seventh collaboration as Janis, a 40-year-old photographer who has an affair with Arturo (Israel Elejade), a forensic anthropologist, while they plan to excavate a mass grave near her home village. Though Arturo bemoans the timing, she decides to have their baby. She bonds with Ana (Milena Smit), a teenager who is less enthusiastic about becoming a mother. Because Janis is afraid of being left alone, she keeps a secret from Ana that threatens their relationship and undermines her integrity.

Never dismiss an Almodóvar film for sounding like a soap opera. Almodóvar sneaks in a history lesson and memorial amid the melodramatic plot twists.

As the leading filmmaker of La Movida Madrileña, a countercultural movement after Spain moved from Franco fascism to democracy, Almodóvar has been making films about people reacting to this enfranchisement by exercising personal cultural, professional and sexual freedom. Rather than confront the legacy of fascism directly, most of his films explores the theme of how people survive broken relationships, which act as stand-ins for the failure of authority to create a healthy, nurturing environment, and learn how to make healthy connections.

But after six decades, Almodóvar is finally ready to confront this generational, systemic trauma head-on, and the result will be poignant even for viewers unfamiliar with the history that provides the backdrop for the personal stories. As in “Pain and Glory” (2019), Almodóvar wrestles with the complexities of a protagonist being reinvigorated by returning to their home village. The joys of a childhood home, like the green of an empty field, hide deep scars that are now ready to be confronted. The mass grave is where her great-grandfather was executed July 25, 1936, at the beginning of the Spanish Civil War.

While Janis’ personal story can feel as if it is a string of tropes, her life symbolizes an unexpected political reality. Janis is driven to find peace after unseen people with authority hurt her and her loved ones, and cannot trust those in authority to right their wrongs. Like Arturo, she is an investigator, but because the investigation affects her, Janis hits a moral crossroads that threatens her principles and mental health. As Arturo cautions, the timing was not right to move forward and have a baby if the foundation of that future rest on lies. Almodóvar’s story holds innocents such as Janis responsible for righting those wrongs once discovered, even at great personal cost.

Janis is the personification of the Spain that Almodóvar wants, a Spain that can overcome the temptations of the past, the selfish impulses of fascism to move on without accountability or an attempt to heal wrongs. The denouement provides an overdue catharsis that resolves the characters’ historical, political and personal stories and unites them without being saccharine or unrealistic. For Almodóvar fans, it pairs with the beginning of “Volver” (2006) – which shows families tending to the graves of their loved ones as if they were celebrating – to suggest a more somber, terrestrial communion of the saints, living and dead, and the prospect of a community finally able to move forward.

Almodóvar uses the theme of motherhood as a foundation to creating proper citizens and ethics. Motherhood transcends blood as Janis teaches Ana how to cook, run a house and become a proper citizen, which Ana’s parents neglected to do. Ana’s mother, Teresa (Aitana Sánchez-Gijón), is closer to the model of motherhood presented in “The Lost Daughter” (2021) and teaches Janis how to overcome the primal impulses of motherhood in forging her identity.

Almodóvar’s latest film takes an explicit stand against a resurgence of fascism worldwide by treating personal responsibility and relationships with the same gravity as historical events. It is a must-see film for longtime fans, who will not be disappointed; newcomers only familiar with “Women on the Verge of a Nervous Breakdown” (1988) should not expect another Almodóvar screwball comedy.