‘The Cursed’: Gothic horror with a taste of class 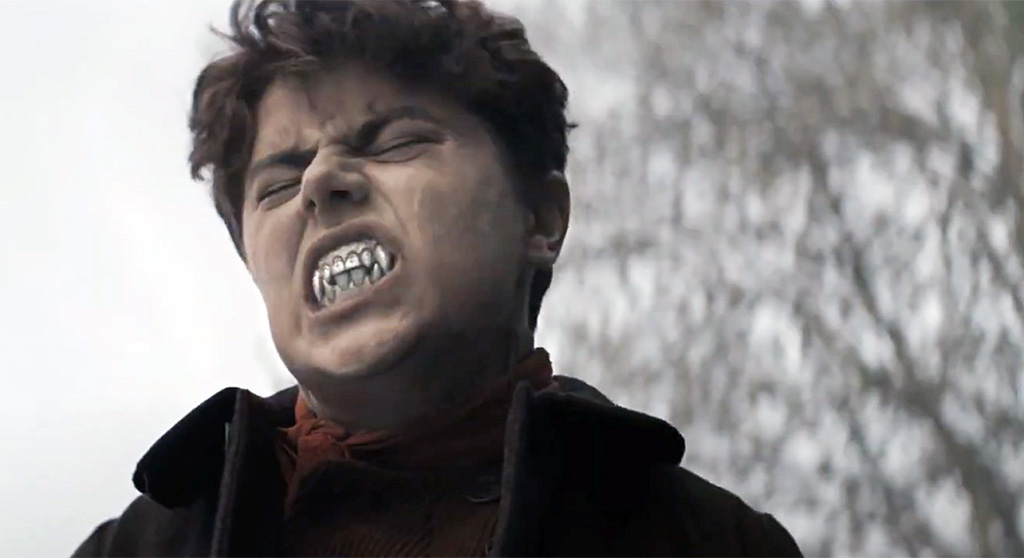 ‘The Cursed’: Gothic horror with a taste of class

British director and writer Sean Ellis reimagines in “The Cursed” the 18th century Beast of Gévaudan, a creature that popularized lycanthropy. French landowners, the “elders,” conspire and commit atrocities with the blessing of the church to preserve the status quo of 1882, plagues everyone with bad dreams and infect some with an ancient evil. Pathologist John McBride (Boyd Holbrook) investigates to seek a resolution to his own past loss and failure.

Ellis’ folk horror captures the atrocity that sets the stage for more supernatural events, and his use of class heightens the tension. Perhaps Brexit-inspired, the backdrop of the film’s evil is greed and xenophobia against a group who belong to the land as much as the landowners and their tenants, and even though the elders are responsible, the disenfranchised tenants, women of all classes and children are the first to experience the boomerang effect of the elites’ actions. Once infected by the evil, the lower class will bring that affliction to the elders’ doorstep. There’s an implicit idea of a plague and contagion.

Ellis does not rely on traditional werewolf imagery, but draws on a wealth of horror cinema to create his vision. The composition evokes Ari Aster’s “Hereditary” (2018) and “Midsommar” (2019) in knowing when to show everything and when to hold the action at the edge of the frame. Ellis’ tasteful judgment separates his film from being exploitive or descending into torture porn. The body horror of the contagion is the love child of David Cronenberg and John Carpenter with a dash of “Alien: Resurrection” (1997), and “The Cursed” overall is an exciting mix of sci-fi meets costume period piece. The movie’s mythology borrows the Biblical elements of “Dracula 2000” (2000) and references Sam Raimi’s “The Evil Dead” (1981) and “Drag Me to Hell” (2009) without the camp or pulp.

The film’s first act is unique for focusing on the have-nots knowing more than the elite. The uppers ignore and silence them to their own peril. At the onset, a viewer could believe that an elder’s older child, Charlotte (Amelia Crouch), will be the protagonist, but Ellis falls into the trope of the supernatural detective story by allowing the pathologist, a Van Helsing type, to dominate the narrative once he arrives at the manor.

Ultimately Holbrook’s pathologist becomes a figure on which progressive male viewers can project fantasies of themselves as having the courage to speak truth and challenge power structures when the average person, regardless of gender, may see the elders as aspirational or remain silent out of fear. McBride suffers no repercussions for his outspokenness, though the film teases it. In the end, Ellis abandons the higher calling of using a monster to explore socioeconomic issues. He plays it safe and becomes invested in resolving McBride’s trauma, which reduces the village’s suffering to a plot point. The centering of the pathologist in the narrative has the same unintentional effect as the elders by silencing the voices of the masses. It becomes regressive horror.

World War I scenes frame the film, but drawing the link between the earlier atrocity and the battlefield slaughter feels unearned and barely germane. While viewers will be grateful that no actor attempts a French accent, the characters sport British ones, and only character and place signal that the action is unfolding in France. Why not just change the location and tweak the narrative?

February can be a bit of a famine movie month. Despite its flaws, which includes a runtime that will make the denouement feel anticlimactic, the atmospheric effects and visuals makes the film a cinematic feast.