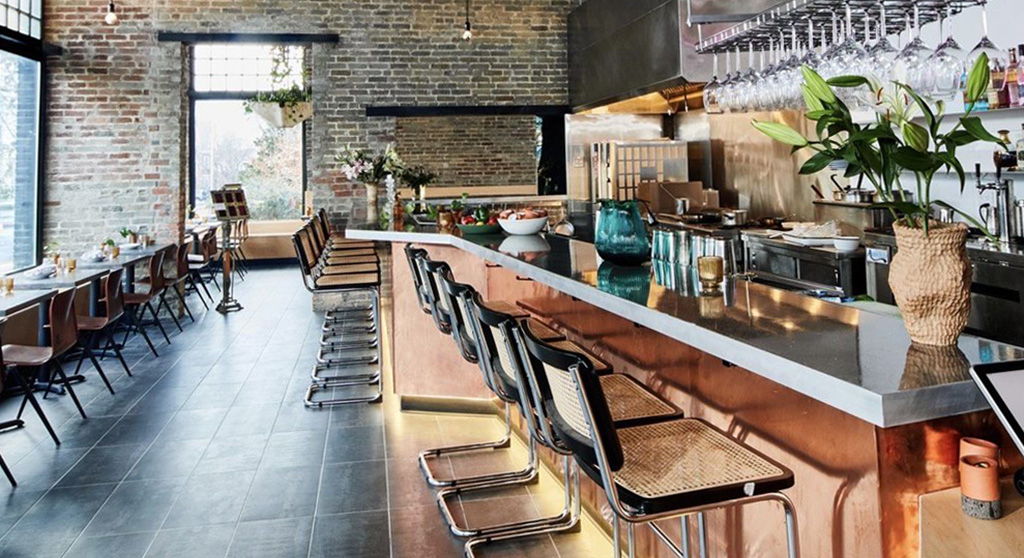 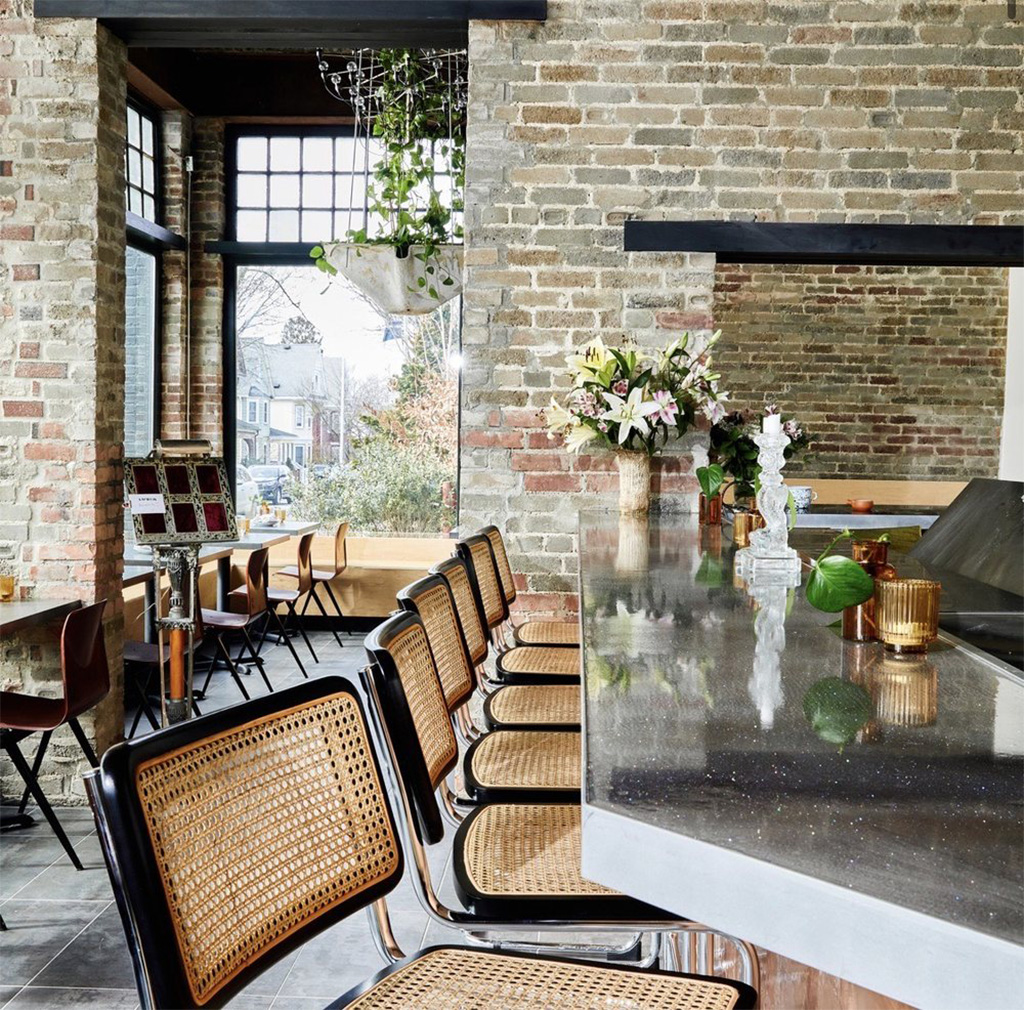 Late last month – on the unique date of 2/22/2022 – came the soft opening of La Royal, a Peruvian-styled eatery from the folks behind Celeste in Somerville’s Union Square. It’s been a packed house ever since, with a line outside and a full reservation list. It’s an eye-grabber to see folks milling around outside on quiet Concord Avenue at 8 p.m. on a Tuesday, but it adds a vibrancy sorely missing from the area and gives purpose to a building that had been a kitchen specialty store, yoga studio and production studio, among many incarnations. The spare, cosmopolitan storefront conceived by owners Maria Rondeau and JuanMa Calderón fits in seamlessly in a residential neighborhood just off the beaten path in an area that’s quietly become a hotbed of quality eateries: Armando’s pizza (three generations of great, classic cheese pies), Sarah’s Market (a great breakfast spot), Hi-Rise Bread Co. (soups, sandwiches and bread), Trattoria Pulcinella (Italian), House of Chang (yum-yum dim sum) and Talulla (nouvelle cuisine) nearby, with Base Crave (Nepali), old school tavern Paddy’s Lunch (75 years and counting) and the Village Kitchen (get the tuna sub) in close orbit.

The ever-changing menu has a more pan-Peruvian purview than the one at Celeste, which Calderón says reflects dishes his mother made for him growing up. It’s a tight listing with a lot of love for the fruits of the sea; if you eat at the bar, which overlooks the open kitchen, you not only get to see your food prepared but can pepper the cooks with questions about what it is they are preparing and how – besides having your curiosity fed, you may go home with some kitchen tricks.

On the appetizer slate, potato-based terrines and ceviche reign supreme. Appetizing as they were, I skipped the small plates and for my main tried the cilantro rice with seared duck breast and salsa criolla, basically an herb-tossed rice pilaf with super lean duck medallions and a tangy blend of tomatoes, onions and cilantro to crown it all. The medallions came cooked through, not pink in the middle, which alarmed me on sight but in taste was a total winner, juicy, tender and succulent with some skin but little to no fat. The rice and salsa complemented the duck well. It’s flavorful, but not spicy. The other thing from the mains that caught my eye was the chupe de langostino (prawn bisque with yellow pepper, lima beans, rice, cheese and a poached egg) that the couple next to me was having with the duck; they said the duck was the clear winner. The current menu is heavily pescatarian, with a whole branzino grilled in plantain leaves, steamed mussels in wild mushroom mint broth, Peruvian-Chinese seafood fried rice and a few blue cod dishes. If you’re vegetarian, there’s cau cau de hongos, a wild mushroom and potato stew, and for the hearty carnivore there’s the hamburguesa La Royal, a beef, lamb and alpaca patty on a Hi-Rise bun served with yucca fries. 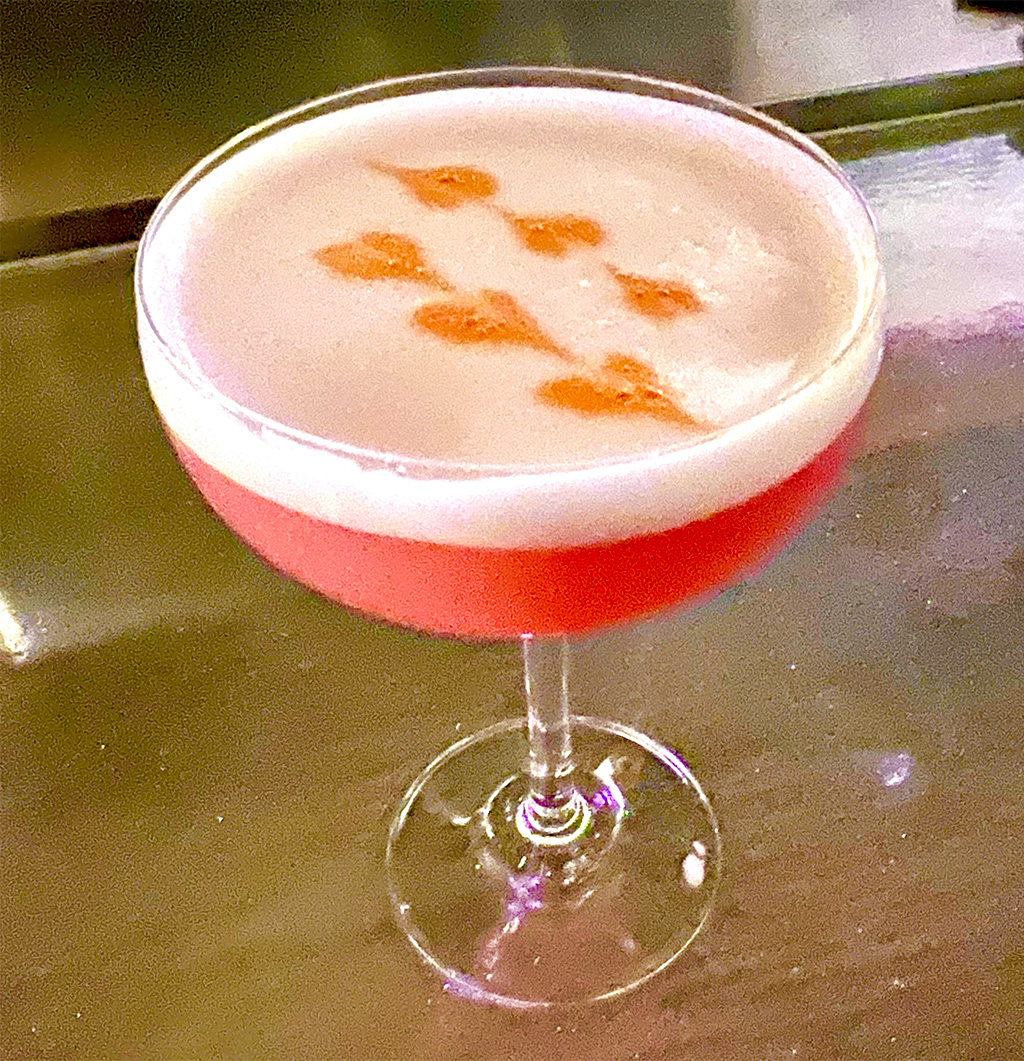 La Royal has an inventive drink menu, much of it spins of what you know: Negronis, martinis and margaritas. For a true changeup, the one to have is the La Royal Sour, with hibiscus- and pomegranate-macerated pisco, egg white and lime with a lush, foamy head – artistically decorated by the mixology staff as if they were in a barista contest.

There’s dessert, too. On the night I went, I kept seeing delicate stemmed glass cups of what looked like flan crowned with carefully selected and artistically placed blackberries and strawberries. This mousse de lucuma – a Peruvian tropical fruit – wound up being creamy and rich, with hints of honey and maple, but softer than your typical flan or custard.

Make a reservation and be ready for something bold and different.