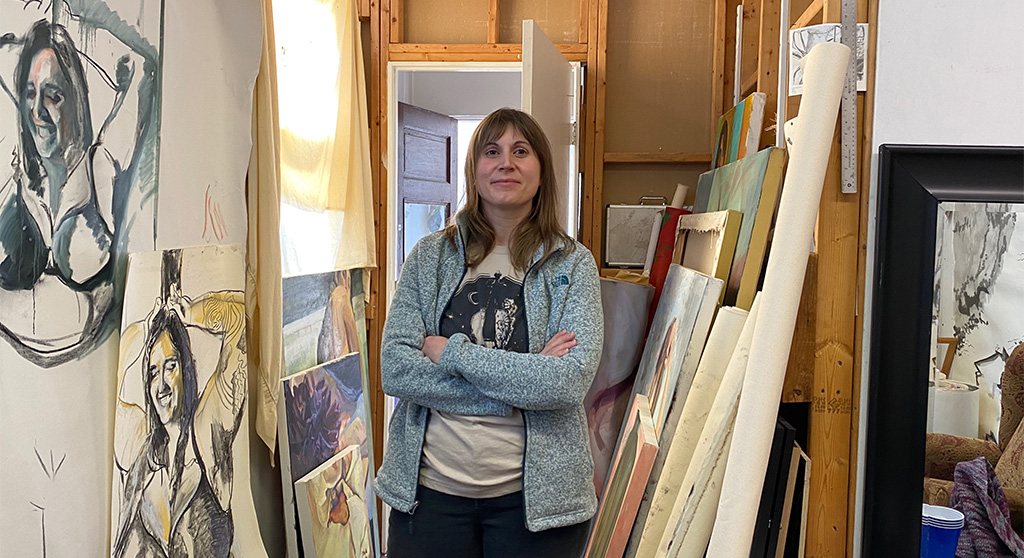 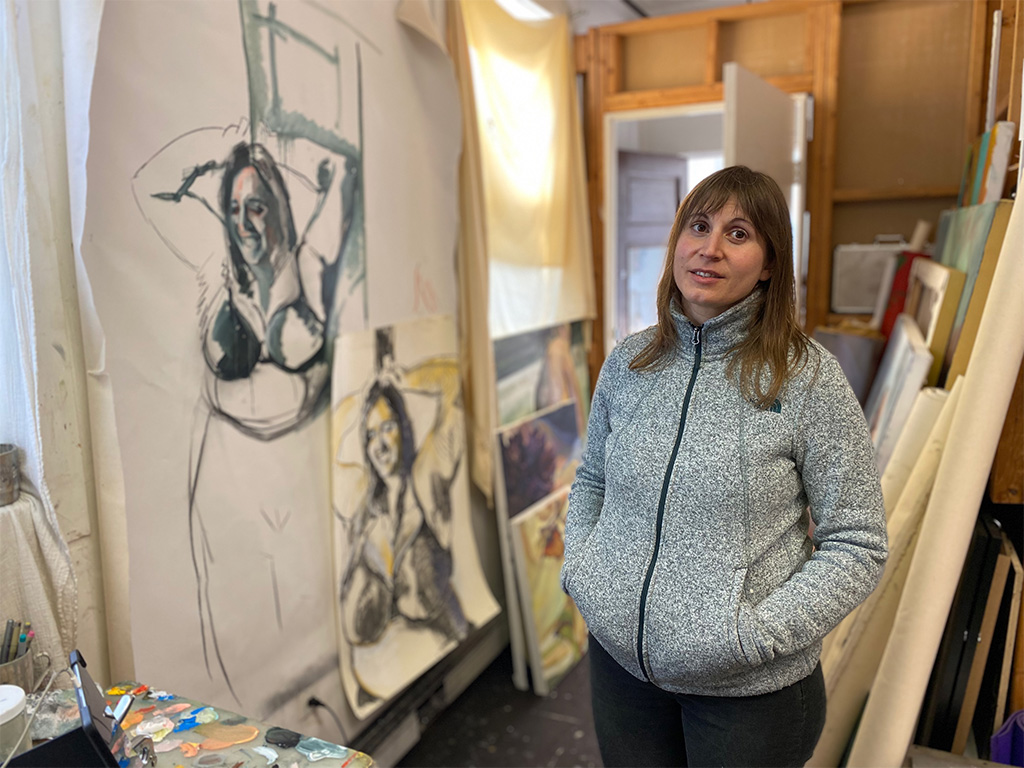 Rent hikes of 31 percent asked by the new owner of Somerville’s Washington Street Art Center have tenants anxious and uncertain, with some expecting they’ll have to leave to face an increasingly unwelcoming market for studio space.

Businesses and expensive housing complexes have been driving artists out at a rapid pace citywide. Central Street Studios was lost in September, acquired to be redeveloped as a residential building. After Artisan’s Asylum moved from the Somernova innovation hub to Allston, it was replaced in December by an MIT-founded tech fund.

According to a Somerville Arts Space Assessment drafted last year, some 3 million square feet of buildings holding creative uses face “high and highest levels of exposure to development pressure,” while an Arts and Creative Enterprise law in city zoning might build back about 275,000 square feet of it – or 9 percent – across 22 expected projects.

Artists’ ability to afford to live or work in the city is at “a crisis point,” said Susan Berstler, director of the Nave Gallery, at a January discussion of the assessment. 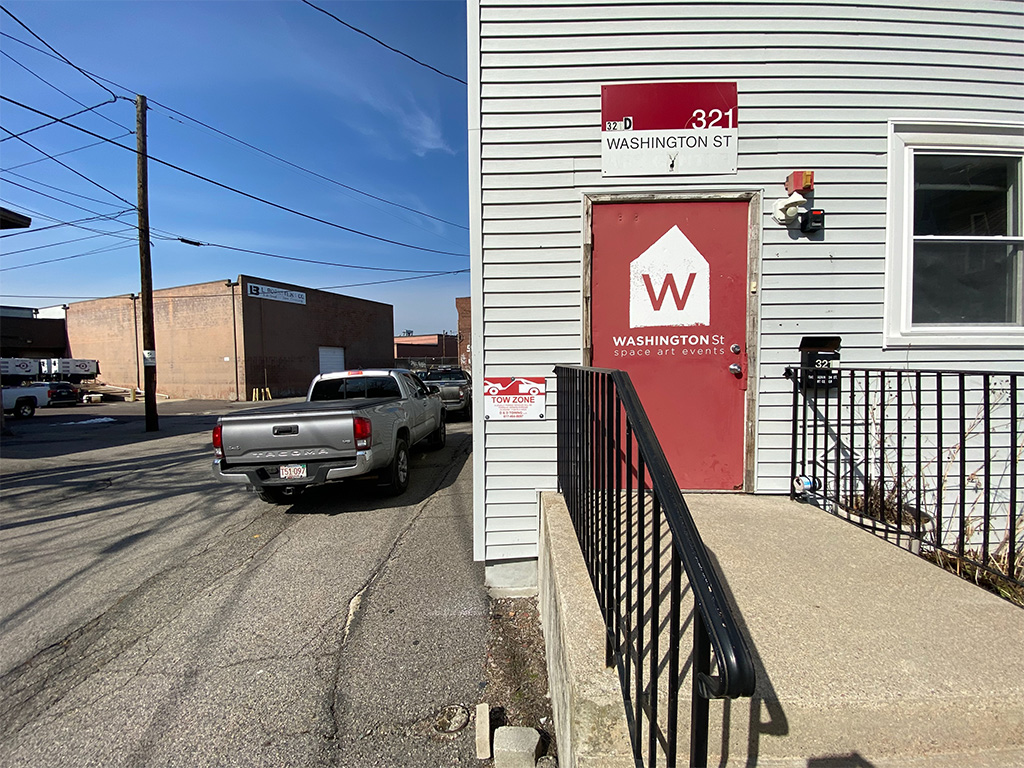 The Washington Street Art Center is in an unassuming cul-de-sac with industrial uses by Somerville’s Union Square. (Photo: Marc Levy)

“Our previous owners were very sympathetic to artists. It was due to that interest that we were able to have a building in the first place,” said Lee Kilpatrick, director of the center. “We’re hopeful that things will work out with the landlords … It’s definitely the case that they have all of the financial power in this situation. There’s definitely an imbalance there that is difficult for us to overcome or do anything with.”

The center is a cooperative that’s been open 26 years next to a flooring company warehouse. It includes a gallery, 11 studios and a shared darkroom occupied by artists that include painters, photographers, poets, performers, bookbinders and jewelry makers from a range of economic and educational backgrounds. They’ve held monthly gallery shows – which slowed during the pandemic – and participate in the Somerville Toy Camera Festival. The center has also hosted the Co-Incidence Festival, an experimental music gathering.

At the end of 2021, the landlord closed his business and sold its property. The new landlord, G.A. Donovan Management, presented new leases at the end of January – with increases.

“The new landlord is a totally unknown quantity,” Kilpatrick said. “We did hear from the old landlord that the new landlord wanted to keep all of the tenants. So that seemed positive. [It was] a shock when we got the lease.” He added, “They didn’t seem interested in a longer-term lease. We’re still trying to negotiate with them, and we’re hopeful that we can come to an agreement that’s good for us.”

Maggie Cedarstrom, who does oil paintings of larger-than-life female figures, called the hike in rent “jarring.” The change was sudden, she said, and the feeling that many artists like herself have about possibly having to eventually leave is “a little scary.” Cedarstrom hopes she will be able to continue her work at the center, which she called “an amazing community of makers. We love being together.”

“We’ve been having multiple meetings just trying to figure out how to make it work,” Cedarstrom said. “I use my studio pretty often. I work very large; I’m a painter, and I work with toxic materials. I don’t like to work in my own personal home, and having a studio really changed the way that I work, and it really made it possible for me to do the work as an adult that I want to do. I couldn’t do the work that I’m doing now without my studio.”

Meghan Bailey, a librarian and tuition-paying MFA student at Lesley University, said the increase in rent has made her a bit “nervous” – it’s a challenge for her to pay more for the studio space where she paints in water-based media, works with collage and sometimes sculpts. “I just need to reassess my finances and see if there’s other areas where I need to make cuts,” Bailey said. “Working in my home is not productive for me. I would prefer to stay at Washington Street. It’s a great location, great people and I’m really comfortable there.”

Part of a pattern

Kilpatrick said that he hopes the center, as an institution and part of the fabric of Somerville’s art scene, will not be fundamentally changed.

But if the artists have to leave, they’d just be part of a pattern of displacement, Cedarstrom said.

“New condos are going up every day,” Cedarstrom said. “You don’t know what building is going to come down and what’s going to go up in its place.”

G.A. Donovan Management did not respond to repeated requests for comment.