Zoom in for a talk on that flight attendant flick, see ‘Massive Talent,’ ‘Choose or Die,’ ‘Belle Vie’ 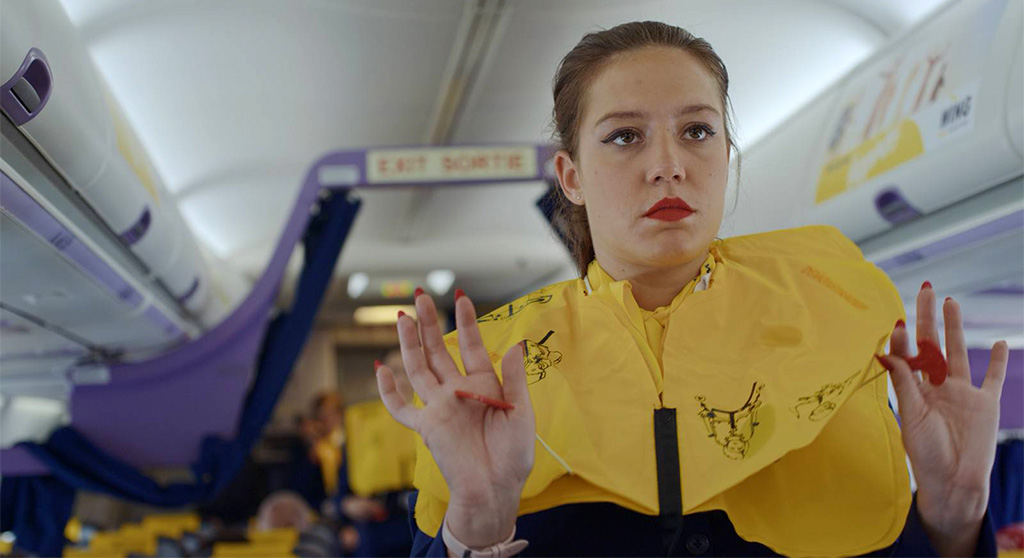 Zoom in for a talk on that flight attendant flick, see ‘Massive Talent,’ ‘Choose or Die,’ ‘Belle Vie’

The local premiere run of Jane Schoenbrun’s chiller “We’re All Going to the Word’s Fair” continues this week at The Brattle. On Monday night, The DocYard screens Jon Sesrie-Goff’s “After Sherman,” a look at the history of a plantation bought by an African American family after Emancipation; Sesrie-Goff will be in attendance for a Q&A. Sadly, The DocYard announced last week that the series will go on hiatus at the end of the season.

The Brattle kicks in to film-fest mode over the rest of the week as the 19th Independent Film Festival Boston (back to in-person screenings) rolls in. Details coming in a later feature.

The Somerville Theatre has a special presentation tonight of King Vidor’s 1926 silent, “La Bohème,” starring era icons Lillian Gish and John Gilbert. The screening will have a live musical accompaniment by digital keyboardist Jeff Rapsis. Like The Brattle, the Somerville Theatre hosts the Independent Film Festival Boston later in the week.

As part of the ongoing Belmont World Film Fest – the series’ 20th run, going on in hybrid format – on Monday you can join me for a Zoom discussion of the French film “Zero Fucks Given,” which you can catch tonight at the West Newton Cinema or online. If the title grabs your eye, it’s about the travails of young woman (Adèle Exarchopoulos, “Blue is the Warmest Color”) who loses her flight attendant job at a small airline. Given the recent focus on the shutdown of an East Boston crash pad (a condemned building where two dozen flight attendants slept), the drama should spark extra appeal.

‘The Unbearable Weight of Massive Talent’ (2022)

A semi-meta concept that never fully gets off the ground. Nic Cage (“Pig,” “Con Air”) plays Nick Cage (note the “k”), a movie star so in need of cash he agrees to attend the birthday party of an adoring fan who lives in Spain. His host, Javi (Pedro Pascal, “The Mandalorian’’), turns out to be linked to a crime cartel, and the CIA wants Nick to get intel (a shaven-headed Tiffany Haddish, so good in “The Card Counter’’ last year, plays his handler). Things get complicated when Javi, under a pretext, flies in Nick’s ex-wife (Sharon Horgan) and daughter (Lily Mo Sheen). There’s plenty of play on Cage’s filmography (the “National Treasure” films and Sean Connery quotes from “The Rock”), and Cage confronts several of his onscreen personas – in one odd scene, he gets slapped around by what looks to be his raucous roaster from “Wild at Heart.” Cage and Pascal mine the odd-buddy thing convincingly, but the bigger, meta madness-cum-comedy misses wide. It’s “Being John Malkovich” (1999) without the quirk, nuance and wit. At Apple Cinemas Cambridge, 168 Alewife Brook Parkway, Cambridge Highlands near Alewife and Fresh Pond and AMC Assembly Row 12, 395 Artisan Way, Assembly Square, Somerville.

A promising horror premise that just can’t stick it. It’s a concept-driven chiller, like a “Saw” or “Nightmare on Elm Street” chapter, in which once into a 1980s-styled green-screen game called “Curs>r” you can’t stop playing or else. The heroine, Kayla (Iola Evans), is a struggling college student with a troubled mom who stumbles onto the game, answering questions such as “Do you want a beer?” by typing back “yes” and, poof, a beer appears. As Kayla levels up, some of her quests have real-life consequences, such as a waitress eating broken glass, a mother cutting out her son’s tongue and worse. When Kayla catches on and refuses to play, that’s when the film’s title comes into play: Make a binary choice, or someone dies. Shut down the PC, the game calls you on your cellphone. And so on. As said, the film piques early but underdeveloped characters and plot twists that feel done before – and, worse, ridiculous ones you’ve never seen before and won’t want to again – make this an easy one to pass on. The better gamer horror flick choice is “We’re All Going to the World’s Fair” at The Brattle. On Netflix.

Speaking of Michael Bay (see the “local focus” picks above), the master of concussive explosions and slick style with meager substance retools Michael Mann’s “Heat” (1995) by way of “Speed” (1994) for this L.A. actioner starring Jake Gyllenhaal and Yahya Abdul-Mateen II (excellent as Bobby Seale in “The Trial of the Chicago 7”). The setup has them playing the Sharp brothers: Danny (Gyllenhaal), who runs an exotic car shop as a crime front; and Will (Abdul-Mateen), a vet just home in need of cash for an operation for his wife and unable to find a decent gig. The two are estranged – and yes, of different pigment (Will was adopted by Danny’s ruthless crime boss dad) – but need has Will signing on as a driver for “one last job.” Natch, things don’t go as planned and the object of the title becomes an impromptu getaway vehicle with the crew taken captive and a wounded cop bleeding out in the back. Gyllenhaal’s quite good in the role of sociopath, but we already knew that from “Nightcrawler” (2014).

Marcus Mizelle’s honed documentary follows French immigrant restaurateur Vincent Samarco and his efforts to keep the bistro of the title afloat during the pandemic. Samarco registers as a big personality with big ambitions; in 2016 he opened Belle Vie in West L.A. between a KFC and McDonald’s (“they feed you crappy meat and put cardboard into your fries,” he says of the neighboring eateries). Mizelle’s work is not only a labor of love – he was a Belle Vie regular – but a case study in how Covid has gutted the restaurant industry. In 2019 Belle Vie was an “it” place to eat, while midway through the pandemic Samarco is serving fine bistro eats such as branzino and roasted chicken in a ratty alleyway. Foodies should relish this insider view, while others are likely to be shocked by the lack of assistance offered eateries during Covid. On the downside, Belle Vie is officially a victim of the pandemic; on the upside, Mizelle and Samarco have a food series in the works. On Amazon Prime Video.