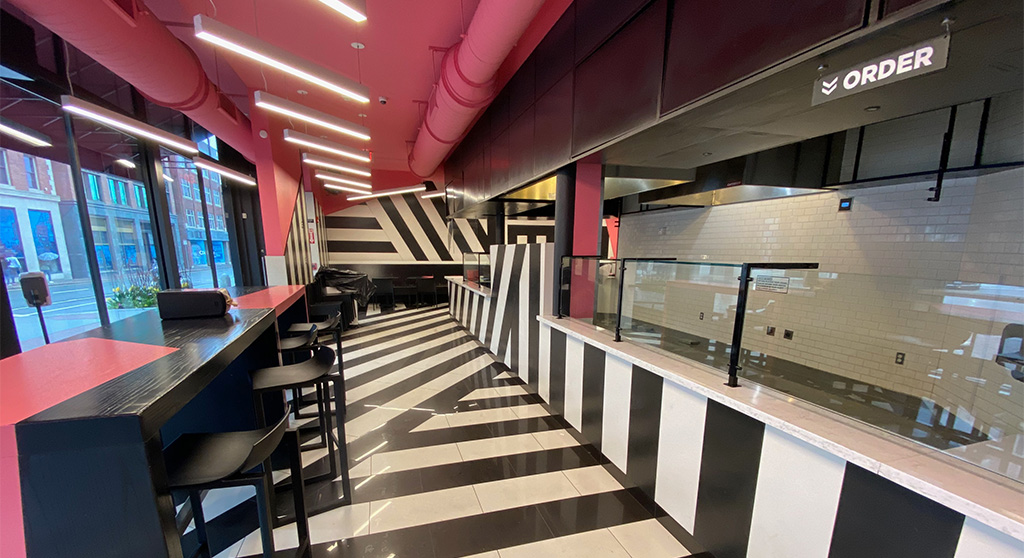 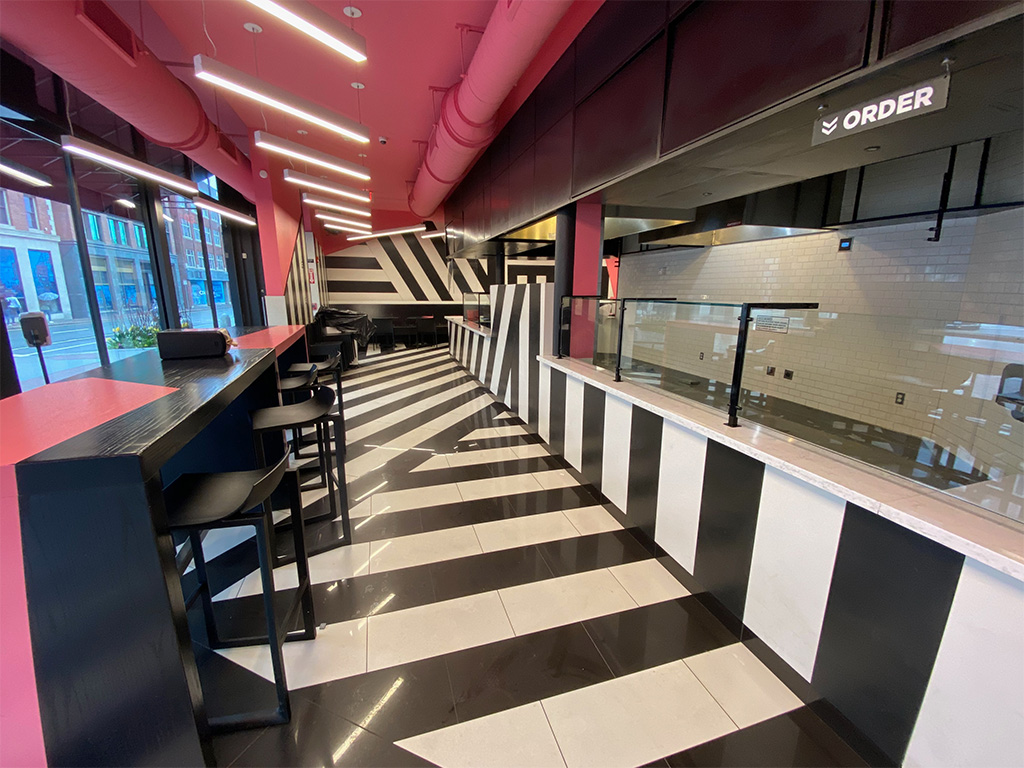 The Harvard Square &pizza is empty Wednesday, closed after a little more than three years in business. (Photo: Marc Levy)

A pizza shop at a premier location in Harvard Square has shut down permanently after a hard-fought campaign to open but little more than three years in business.

The &pizza site – the only one in Massachusetts for the seven-state chain – won approval in late September 2017 to open at 3 Brattle St., a space that was formerly the Tory Row restaurant and Nini’s Corner newsstand. But &pizza didn’t open until Feb. 2, 2019, and had only about a year in operation before the coronavirus pandemic arrived to shut businesses’ doors.

Massachusetts Avenue and Brattle Street join in front of the &pizza location, a nexus for people walking through the square. It is also directly across from the brick Harvard Square plaza that includes an MBTA headhouse, making the storefront one of the first things seen by thousands of people a day emerging from a subway or bus ride.

A lone &pizza worker was scrubbing down the counter of the emptied-out storefront at midday Wednesday; the Milk Bar dessert counter in the easternmost portion of the space was still serving customers. 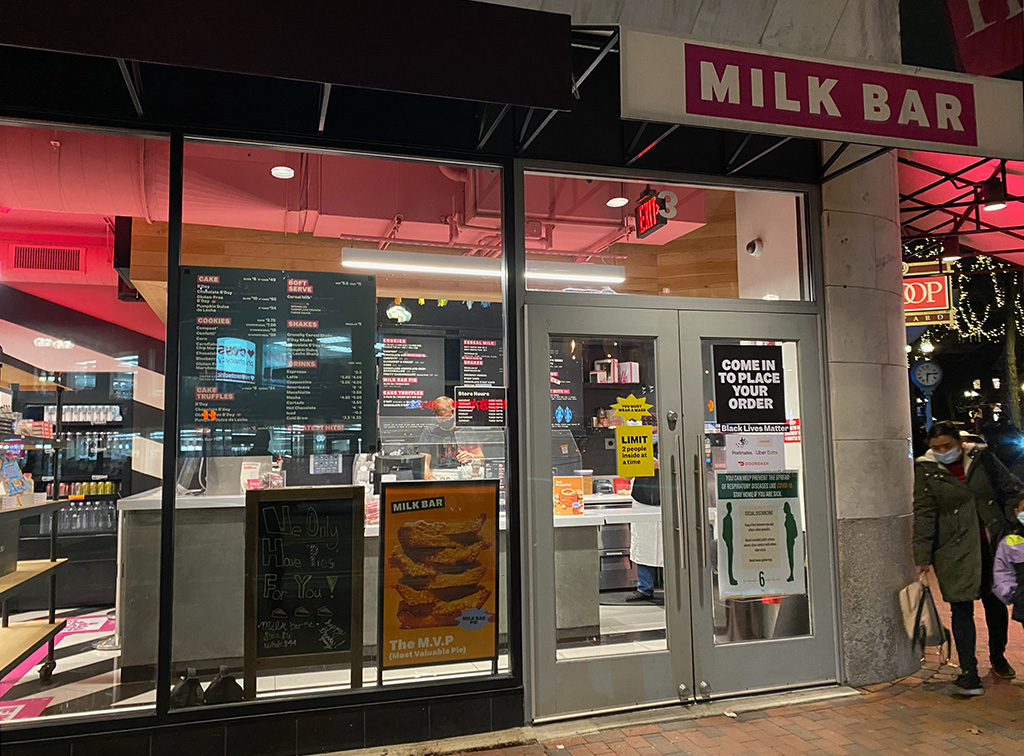 The &pizza worker confirmed that he and other staff were told Monday that the site was closed permanently. The cause was “staff shortages and other causes beyond our control,” he said, quoting a memo from the Washington, D.C.-based chain.

Attempts to reach the company Wednesday for more information failed. &pizza offers no way to contact offices through its website; questions were left by text at a hometown store, but not answered. This story may be updated with information from &pizza or its landlord, Asana.

Denise Jillson, executive director of the Harvard Square Business Association, said Wednesday that the company had not communicated that it was closing, but that she was not shocked by the shutdown. “There were a couple of things going on with &pizza. First and foremost was how difficult it was to get them open,” Jillson said. “And then Covid came, and the lack of foot traffic and business.”

Board of Zoning Appeal approvals for the site came after nearly a year of permitting process and a dozen public meetings that included long debates over whether Harvard Square “needed” another pizza shop – Milk Bar’s presence was elevated to make &pizza distinct from other pizza sellers – and such details as whether umbrellas would be allowed for outside dining and the design and color of awnings. The okay also came after the property owners warned that if the next tenant wasn’t &pizza, “it’s gonna be a financial institution.”

Some of the delay resulted from neighbors’ opposition. Suzanne Blier, of the Harvard Square Neighborhood Association, warned at the time not just against another chain business coming to the square, but one that encouraged its workers to brand themselves with company-inspired ampersand tattoos.

“This is a vital and very visible corner of Harvard Square, and while we hate to see any business close, hopefully a wonderful locally owned business will be able to move in here,” Blier said Wednesday by email.

Jillson agreed that &pizza’s “premier location in Harvard Square … will not be vacant for very long,” though she didn’t know the nature of &pizza’s lease with Asana, the North Carolina company that bought 1-8 Brattle St. and 17-41A Brattle St. in a $108 million deal in December 2017. Some storefronts remain empty for months or years as their leases wind down, but “it does not behoove anyone to leave the location vacant for long – or at all,” Jillson said.

The presence of Milk Bar is a complicating factor. Zoning officials once warned &pizza executives that if Milk Bar left, they’d have to come back for a new permit; now it’s Milk Bar faced with &pizza’s departure. A worker at Milk Bar said the business was expected to stay at Brattle Street, but more would be known after a Friday meeting with company executives.