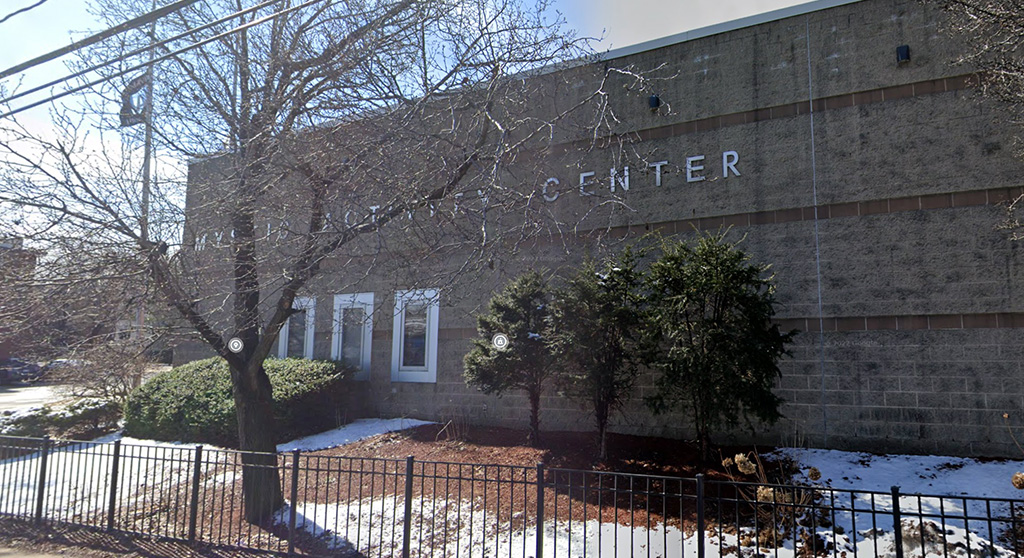 The Mystic Activity Center in Somerville was the scene of gunfire Feb. 20, only five days after another attack at public housing complex. (Photo: Google)

Five days after violence that crossed the border into East Cambridge, a public housing project in Somerville was the scene of another gun attack. Two people were arraigned for the Feb. 20 gunfire incident while others were still being looked for, Middlesex district attorney Marian Ryan, Somerville chief of police Charles Femino and Belmont chief of police James MacIsaac said in a Wednesday press release.

Somerville Police got report of a shooting at approximately 2:45 a.m. Feb. 20 from the Mystic Activity Center on Mystic Avenue, a gateway to a Somerville Housing Authority complex. A man in his 30s and a woman in her 20s had been sitting in a parked car when “several” strangers walked toward their vehicle and opened fire at close range.

The vehicle was hit multiple times, but neither person inside was injured and the shooters fled, police said.

“We have been seeing a dangerous uptick in gun violence among young people,” Ryan said. “In this case the victims, who had no known connection to the defendants, were not struck, but could have very easily been injured or killed. This type of intentional discharge of weapons without any regard for public safety is putting neighbors, people’s homes and the entire community at risk.”

Investigators reviewed surveillance footage, examined forensic evidence and got other information that led them to two people – Amanual Beshah, 19, of Malden, and a juvenile male – after executing a search warrant Tuesday at a Belmont home, where a 9mm handgun was found.

Beshah and the juvenile were arraigned and are being held for dangerousness hearings scheduled for Friday.

They face charges of two counts of armed assault to murder; attempted assault and battery with a firearm; and discharging a firearm within 500 feet of a building. The juvenile was also charged with carrying a firearm and carrying a loaded firearm.

Investigators believe more people were involved in the shooting, and asked for the public’s help – by calling Somerville Police at (617) 625-1600 with relevant information – in the “active and ongoing investigation.”

Less than one week before this incident, a Cambridge teen and a 31-year-old Somerville man were taken into custody at 2 p.m. Feb. 15, 2022, in East Cambridge after a 1:17 p.m. shooting that also took place at the Mystic River Development. Some five and a half hours later, The Port had its third gunfire incident of the year on Windsor Street near Harvard Street.

Cambridge’s mayor has been asked to reach out to Somerville for a summit on youth gun violence, hoping to reverse an increase seen over the past couple of years. The special meeting would include the Cambridge and Somerville mayors, councils and their police departments, according to a policy order adopted unanimously Feb. 28. Somerville’s city council has since passed a similar order. But as of Wednesday, city councillor Marc McGovern, who wrote the Cambridge version, was not aware of progress in putting the summit together.

It is important to hold the conversation before the summer, when violence often rises, McGovern said.