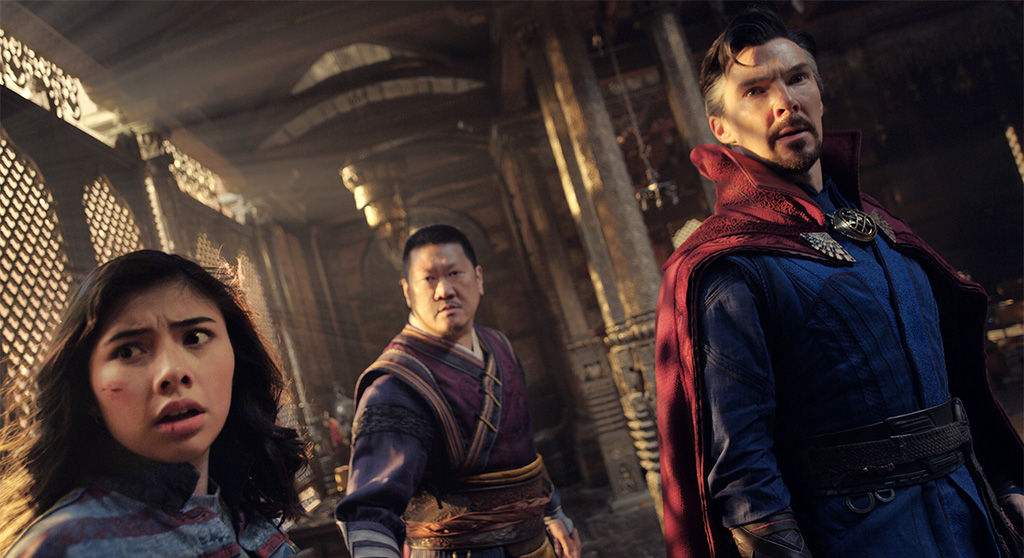 Good to see Sam Raimi (“Spider-Man,” “Evil Dead”) back at the helm for “Doctor Strange in the Multiverse of Madness,” but all the Marvel madness, which can infuriate with its tie-ins and obligatory backstories, gets double loaded with the whole multiverse shebang. Here Doctor Strange (Benedict Cumberbatch) is tasked with keeping a powerful young multiverse weaver named America (Xochitl Gomez) away from a deranged Scarlet Witch (Elizabeth Olsen). What gives, Wanda, you might ask? Not only is the Witch a long way from “WandaVision” and on the warpath (okay, she wants to go to a safe universe where she can be a stay-at-home mom to her boys), it turns out the good Doc has some unsavory incarnations too. The what doesn’t slow down the action, which is quite spritely and well done – it just doesn’t really deepen the Marvel Universe. It’s neat to see a zombified Strange and a lot of big names drop in too, including Rachel McAdams, John Krasinski as Fantastic Four leader Reed Richards and Patrick Stewart as X-Men head Charles Xavier (and if you sneeze, you’ll miss Charlize Theron’s brief screen stint). Old Strange ally Wong (Benedict Wong) and frenemy Baron Mordo (Chiwetel Ejiofor) factor into the portal-hopping mix as well.