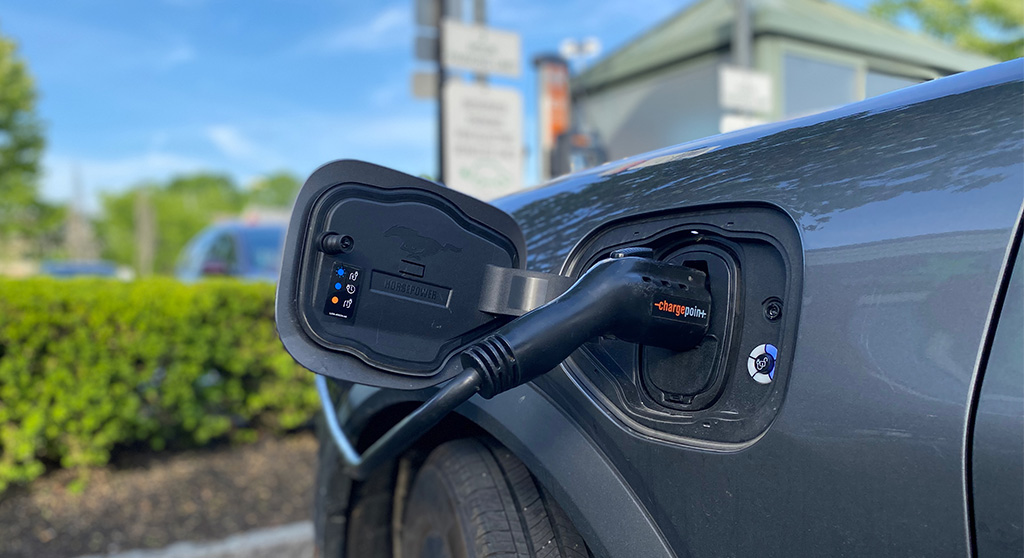 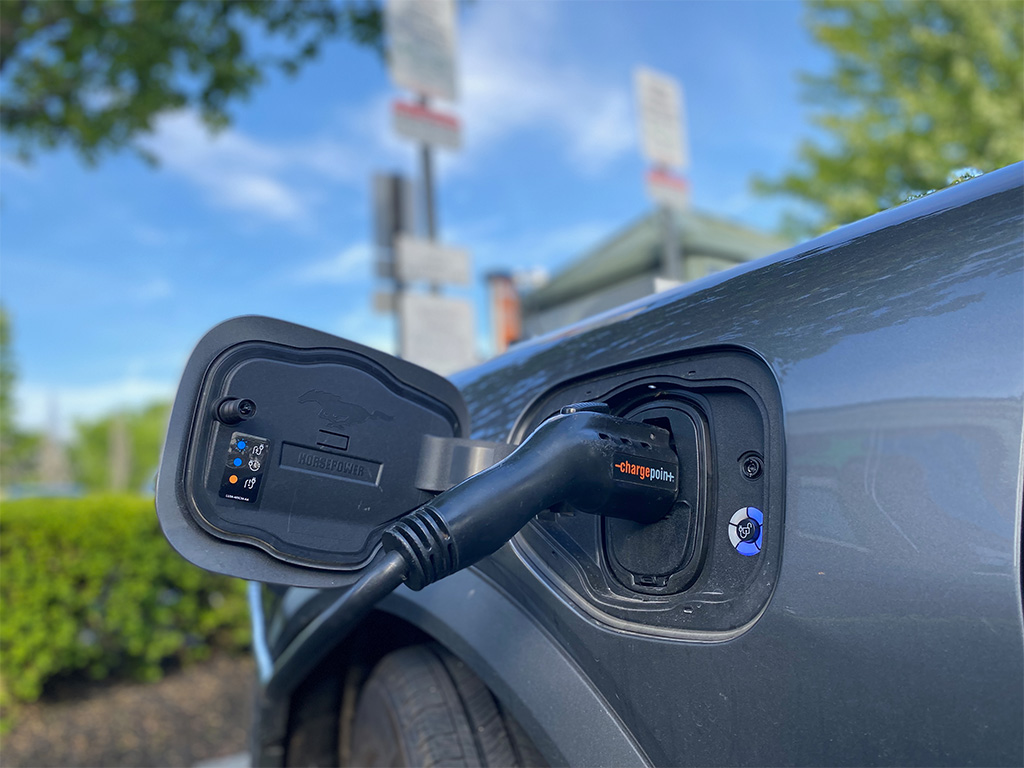 A measure aimed at promoting electric vehicles by increasing access to charging stations, reducing the number of cars in the city by expanding rental services and increasing use of “micro-mobility” transportation such as bicycles, electric bicycles and scooters drew support Tuesday from the Planning Board. On a technicality, it did not get a formal recommendation to the City Council.

The Cambridge Transportation Decarbonization and Congestion Mitigation Bill presented by former city councillor Craig Kelley would get positive comments by the board in support of its goals – but was simply not zoning.

One of the proposed measures regarding EVs would allow publicly accessible, privately owned charging systems to be installed in any legal parking space, including those on private, residential property.

“This is what EV charging in Cambridge could look like,” Kelley said, referring to a presentation showing images of cars charging in private driveways. “Under this new proposal, it would look just like it looks now – except we’d have more equitable access for people who do not have off-street parking.”

While charging is less noxious or hazardous than petroleum fueling, it takes longer and usually needs fixtures installed in parking lots, spaces or garages, which means those parking spaces would be reserved for EVs. As proposed, expanding access without taking away from existing spaces for gas-fueled vehicles would take the form of leasing charging stations in residential parking areas. This prospect was met with concern by members of the Planning Board about an increase of traffic in residential areas.

Concerns also accompanied the proposal of allowing private citizens to rent their cars to other drivers. People in certain parts of the city may lack access to rentable ZipCars, so the petition proposes implementing services such as Turo, which lets car owners “host” their vehicles for others to rent around Cambridge.

Kelley acknowledged that homeowners would experience the possibly unnerving phenomenon of seeing strangers in neighbor’s driveways to borrow EV charging equipment or rent their car, but noted that the community already accepts delivery drivers for companies such as Amazon entering a property. Vehicles would also be tracked for safety in the event of a vehicle rental, he assured board members.

The third prong of the proposal focuses on expanding micro-mobility, which at present is limited to Bluebikes, a rental option with corrals set up around Cambridge and surrounding communities. Kelley proposed going beyond manual bicycles and introducing services such as electric micro-mobility vehicles that cut down on travel time and energy expended on travel. One such service mentioned in his presentation was Bird, which offers electric scooter services to cities. It is unclear how something like this would be implemented, however, given that the city’s current contract with Bluebikes prohibits other privately owned bicycle-sharing services from operating in the city.

Getting ahead of the trends

There was an explosion of micro-mobility devices in 2018 that followed a wave of ride-share apps such as Uber, all seeming to follow a philosophy that it was easier to apologize for being unregulated than ask permission to operate. Having scooters and other devices left locked up carelessly strewn across sidewalks alarmed officials; Kelley has been pushing to shape legislation and thinking around transportation for five years.

The main reason cited by board members for not recommending proceeding with Kelley’s measure Tuesday was its lack of relevance to zoning.

“While I’m in complete support of the concept that we move into the future and to electrification, other than providing that individual homeowners or property owners could have a charging facility on their own property, I think this goes beyond zoning,” member H Theodore Cohen said. “This is something that is within the purview of other boards and commissions of the city.”

Kelley’s proposal is due before the City Council’s Ordinance Committee in June.