‘The Black Phone’: Its ’70s retro trappings aside, supernatural-tinged thriller might not grab you 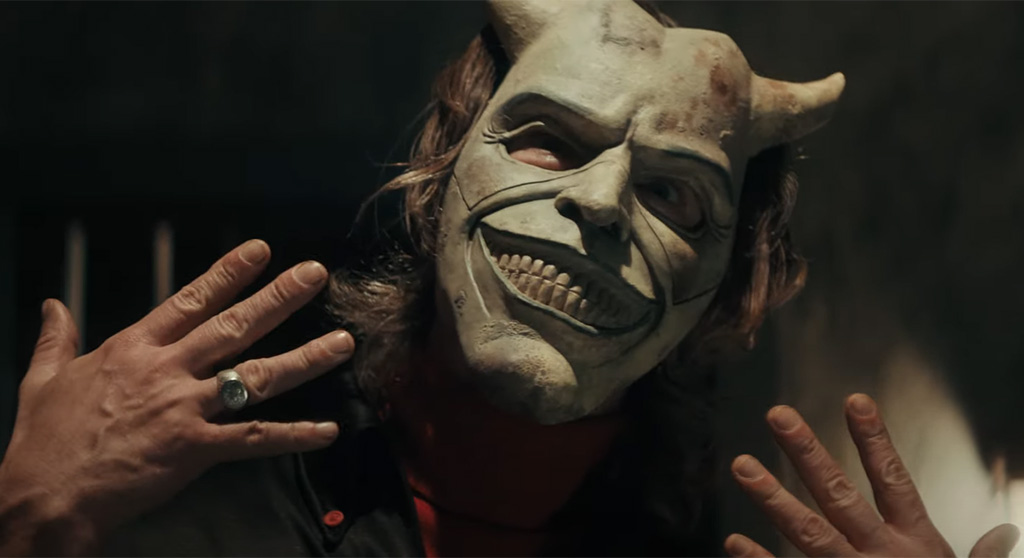 ‘The Black Phone’: Its ’70s retro trappings aside, supernatural-tinged thriller might not grab you

“The Black Phone” is a neat dial-back to the indelible sound and style of the 1970s, but as a quirky bit of horror it’s all posture without much bite. Director Scott Derrickson, who helmed Marvel’s “Doctor Strange” (2016) and exited this year’s “Doctor Strange in the Multiverse of Madness” during pre-production, adapted a short story by Joe Hill (son of horror-meister Stephen King) as a straight-ahead BTK creepshow with co-writer C. Robert Cargill. There’s few red herrings or inventive twists, and very little character development. The film’s shining asset, aside from the allure of the era and devil mask worn by the central boogeyman, is the strong performances by its young cast members, namely Mason Thames and Madeleine McGraw as an imperiled brother and sister.

We embed with Finney (Thames) in late-1970s Denver, where several kids have gone missing, black balloons left each time as the perp’s signature. Gwen (McGraw) has visions of the kidnappings and post-abduction torture, but parents and friends at school move around as if there’s no peril on the streets. Finney’s more concerned about the bullies who often corner him at school, but he’s got king ruffian Robin (Miguel Cazarez Mora) watching out for him, because Finney’s good at math and helps Robin with schoolwork – until he’s “grabbed,” as the John Wayne Gacy of Denver is a devil-masked magician known as The Grabber, played by a hardly recognizable Ethan Hawke (“First Reformed,” “Boyhood”). Finney awakes in a “Saw”-like basement dungeon where there’s nothing but a mattress and the disconnected device of the title hanging alone on a scummy wall. The Grabber pops in every now and then to menace Finney, and the phone begins to ring. On the other end are previous victims, who also appear as bloody apparitions to give Finney clues and hints as how to survive The Grabber’s games, and possibly escape. Some of the advice is odd: to break into the back of a freezer that’s locked on the other side, or stuff the phone receiver with dirt to give it “heft” as a weapon. Don’t get me wrong, it’s great to see an old rotary phone in action again; but do 6 ounces of soil add lethal mass?

More perplexing is The Grabber’s brother, Max (James Ransone), who is unaware of his sibling’s misdeeds but for some reason has launched an amateur investigation into the disappearances and who The Grabber might be. Then there’s Finney and Gwen’s dad (Jeremey Davies, “Spanking the Monkey”), an odd olio of inconsistent parts. Initially he lands as alcoholic trailer trash trying to beat the visions out of Gwen (ma had the gift too, and it led to her death) in the name of Jesus, but later assumes the mantle of concerned, caring father. It doesn’t click, and I’m not sure Davies or Derrickson ever really had a sense as to how to play it. The Grabber too – the whys and whats never get meted out. It’s a huge hole that makes the film almost pointless. The saving grace is the chemistry between Thames and McGraw as siblings struggling with the loss of their mother and their father’s addiction and intermittent cruelties. Much is asked of Thames, and he delivers. Comparisons to “Stranger Things” are expected considering the adolescent focus, eerie dangers lurking just beyond eyeshot and that hip, retro throwback to an era of fond (or not so fond) notoriety. It’s fair, but know that Hill’s short take was woven a decade before the hit Netflix series began streaming.