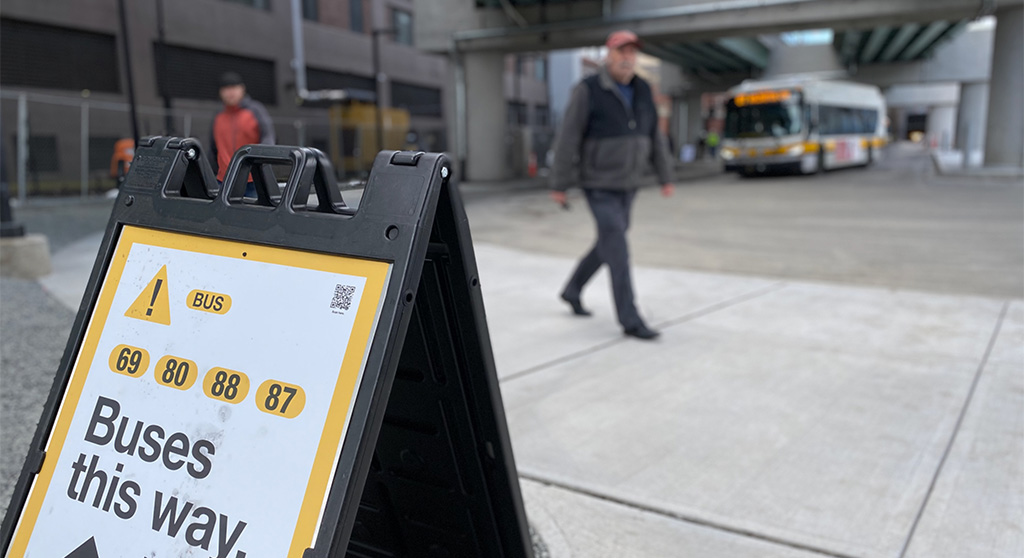 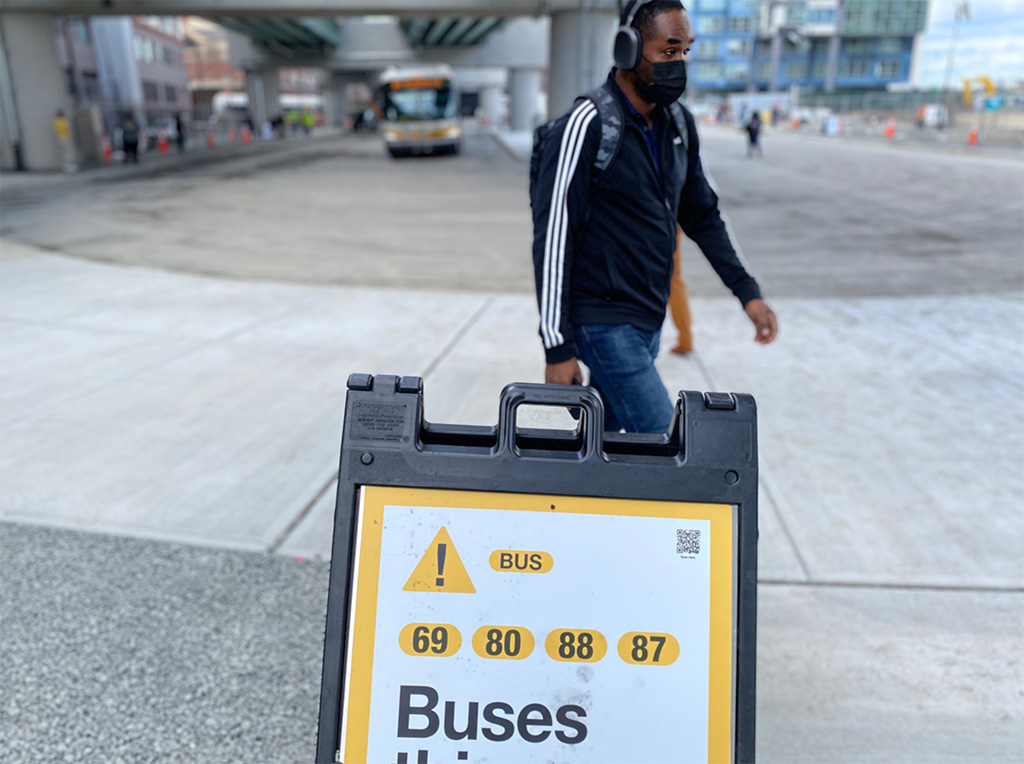 A bus arrives at Lechmere on March 21. Two of the listed routes would be cut entirely and another redirected under a state plan. (Photo: Marc Levy)

Changes to three East Cambridge bus routes serving lower-income people and seniors are adding to concerns over a wholesale redesign of the MBTA bus system, officials heard last week at a meeting of the City Council’s Transportation and Public Utilities Committee.

With the elimination of routes 80 and 88 and of the East Cambridge part of route 87, a direct path from the neighborhood to Somerville will be nonexistent, residents said at the June 28 hearing.

Service on the green line train extension from Lechmere is supposed to replace the need for those routes, according to a state plan, but questions about accessibility and convenience came up repeatedly.

“You’re telling us that [to grocery shop at] Market Basket, for example, which currently is served by the 87, we should take the 69 – assuming it ever shows up – to Inman Square and then take your new T39 and life will be fabulous,” said Heather Hoffman, of East Cambridge. “The magical thinking is going to get you in worse trouble than you’re in now. I just do not see how this new arrangement gets people to the destination that they really need to get to … without taking significantly longer.”

An afternoon off-peak trip on the 87 bus between East Cambridge and the Market Basket in Somerville, a low-cost supermarket many people rely on, now would take about 17 minutes. Under the proposed redesign, it would take 18 minutes but involve transferring from the green line extension to a new T39 bus line, costing 70 cents more; if one wanted to take a bus-only trip, it would involve one or two transfers and take around a half-hour. But inexplicable gaps in bus service – often followed by buses arriving in inefficient bunches – have been an enduring complaint of riders, making every connection fraught with the possibility of waits. “Sometimes there’s three at once within two minutes. And other than that, you have to wait 45 minutes for the next one, which obviously doesn’t make it reliable,” city councillor Patty Nolan said of her experience with the 71, 74 and 78 routes.

City councillors also had mixed feelings about the proposed changes.

Councillor Burhan Azeem lauded the Massachusetts Bay Transportation Authority for increasing the number of high-frequency routes in the city to 10 from five.

“Frequency by far is the most important thing and the thing that most people ask for,” Azeem said.

“Overall, this plan is an improvement and I’m very excited about that,” councillor Quinton Zondervan said in the meeting. “But I’m not excited about the additional inconvenience and injustice that is being done to our constituents.”

Asked by Zondervan about the chances of reversing the elimination of the 80, 87 and 88 buses, MBTA officials noted that the agency is in a public outreach phase sure to result in changes to the final map. Adjustments would need to take the size of the bus fleet into account and complement the green line extension, not compete with it, said Melissa Dullea, senior director of service planning for the agency.