Baseball at the movies, Part II: Winning lessons, from real-life coaches to ‘The Bad News Bears’ 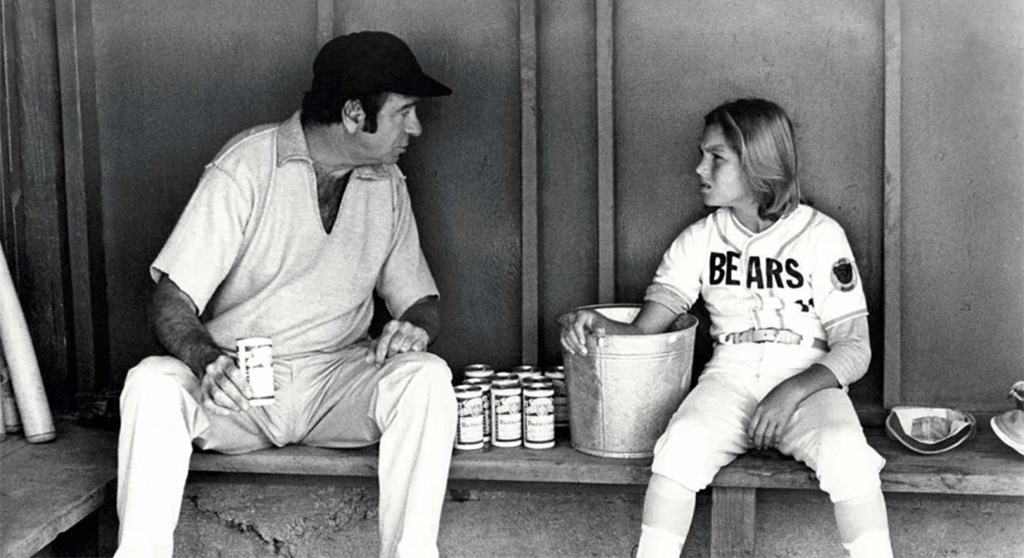 Baseball at the movies, Part II: Winning lessons, from real-life coaches to ‘The Bad News Bears’

Extra innings: Just in time for the All-Star break, a second installment of baseball movies that hit it out of the park. Most are available online for rental or purchase; free or subscription streaming options are listed at the end of each review.

Clint Eastwood’s irate loners, be they cowboys or cops, somehow always manage to work their way into our hearts. In “Trouble With The Curve,” Eastwood plays aging baseball scout Gus Lobel, delivering the trademark piercing gaze and simmering growl we’ve come to expect and love. Gus is going blind, uses a hearing aid, is estranged from his adult daughter, Mickey (Amy Adams), and is sure that upstart batting phenom Bo Gentry (Joe Massingill) is a fraud. Bo can hit only fastballs and has, as the film’s title tells us, trouble with curveballs. Now if only Gus could convince his employers, the Atlanta Braves. Mickey wants to reconnect with her dad but he’s tone deaf to her overtures, so she decides to help Gus make the case to the front office that Bo’s a non-starter. Baseball brings father and daughter together and the larger lesson, that Gus’ experience is worth more than statistics on a spreadsheet, is a reminder that when in doubt, you go with your gut. Filmed in the bucolic Southern states of Georgia and North Carolina, “Trouble With The Curve” unfolds slowly, deliberately and intelligently, very much like a pitcher who reads a batter and knows when it’s time to throw that curve. Available only for rent or purchase. 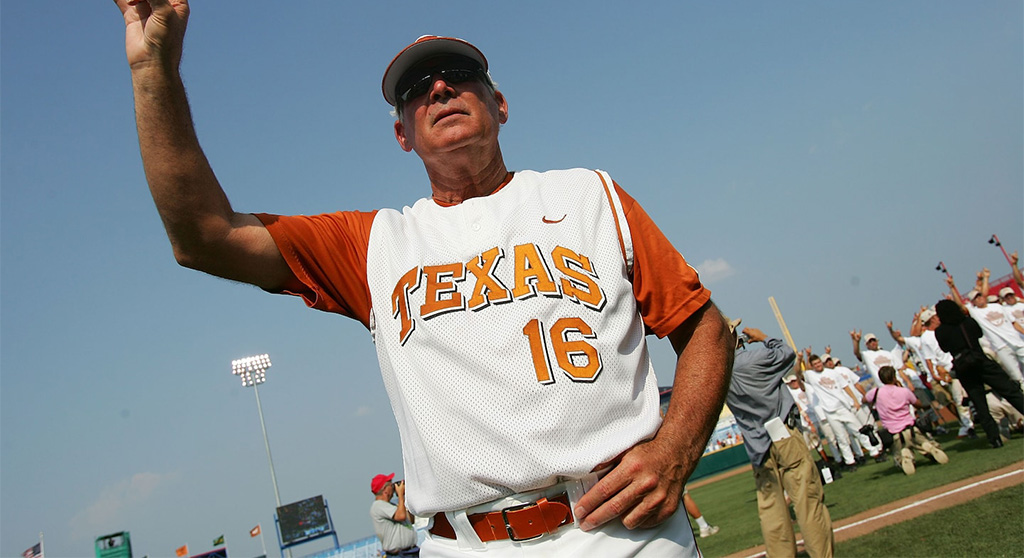 Coach Augie Garrido, the topic of “Inning by Inning” by Richard Linklater.

When a heart condition prematurely ended Richard Linklater’s baseball career, he went into filmmaking. The director of “Dazed and Confused” (1993), “School of Rock” (2003) and “Boyhood” (2014) kept his eye on the baseball, however, turning out three (to date) flicks on the topic. His best, by far, is “Inning by Inning: A Portrait of a Coach,” a documentary produced for ESPN about Augie Garrido, the winningest coach in NCAA Division 1 history – the other two being 2005’s decent but not-on-par-with-the-original remake of “The Bad News Bears” (see below) and 2016’s “Everybody Wants Some!!” Garrido’s accomplishments (five national championships!) can be attributed to a method centered as much on encouraging young players to look at the game as a means of self-discovery as it is on baseball’s fundamentals. When Garrido was coaching the Cal State Fullerton Titans, an undergraduate named Kevin Costner (“Bull Durham” and “Field of Dreams”) would come by and watch Garrido coach. Years later he hired Garrido as a consultant on “For Love of the Game” (1999). In the introduction to Garrido’s book, “Life is Yours To Win: Lessons Forged from the Purpose, Passion, and Magic of Baseball,” Costner wrote that “Augie simply changed my life.” On the Criterion Channel and Youtube.

Friendship is the operative word in “Bang The Drum Slowly” starring Robert De Niro, Michael Moriarty and Vincent Gardenia. This is a little gem of a baseball movie with a big heart. It’s a gentle and sometimes rowdy locker room tale of the bond between major league pitcher Henry Wiggen (Moriarty) and catcher Bruce Pearson (De Niro) of the fictional New York Mammoths. The hitch is that Bruce is dying from Hodgkin’s lymphoma and doesn’t want coach Schnell (Gardenia) or the team to know. Henry’s in on the secret, and the men spend much of the movie deflecting Schnell’s interrogations, lying their way through what turns out to be a winning season for the Mammoths. Moriarty and De Niro perform the deadpan “who me?” routine to comic perfection, and Gardenia’s nosy, curmudgeonly coach with the hangdog face won him the Oscar for best supporting actor. “Bang The Drum Slowly” is an unassuming film that slowly but assuredly works its way into your soul. When Bruce dies and Henry leaves the cemetery, he offers us his thoughts on his deceased friend: “He wasn’t a bad fella. No worse than most and probably better than some. And not a bad ballplayer neither, when they gave him a chance. When they laid off him long enough. From here on in I rag nobody.” On Kanopy.

A shaggy-dog tale about a multicultural roster of boys and one girl who muster the grit to make it to the San Fernando Valley Little League playoffs, Michael Ritchie’s “The Bad News Bears,” like all great sports films, is as much about life as it is about the sport. The Bears are a scrappy, foul-mouthed bunch of preteen misfits who just can’t get along. Morris Buttermaker (Walter Matthau), a washed-up minor leaguer who drinks Budweisers for breakfast and cleans pools for a living, takes on the job of coaching this gaggle of rejects. Lo and behold, Buttermaker and the Bears manage to find common cause in showing up the top-ranked Yankees. Bears pitcher Amanda Amanda Whurlitzer (Tatum O’Neal, who’d just won the Oscar for “Paper Moon”) brings a welcome grrl power to the proceedings, and after the inevitable string of losses, the team gels and moves up in the standings. The kids’ baseball games are beautifully edited to the music of Bizet’s “Carmen,” which adds a European classicism to the film, bringing whimsy, humor and just the right dose of operatic gravitas to the baseball diamond. It’s a lovely American fable filmed under the Southern California sun, with an unexpected ending reminding us that it’s not whether you win or lose, it’s how you play the game. As Buttermaker tells one of the kids who wants to throw in the towel: “This quitting thing, it’s a hard habit to break once you start.” And later: “You didn’t come into this life just to sit on a dugout bench, did you? Now get your ass out there and do the best you can.” On Cinemax.