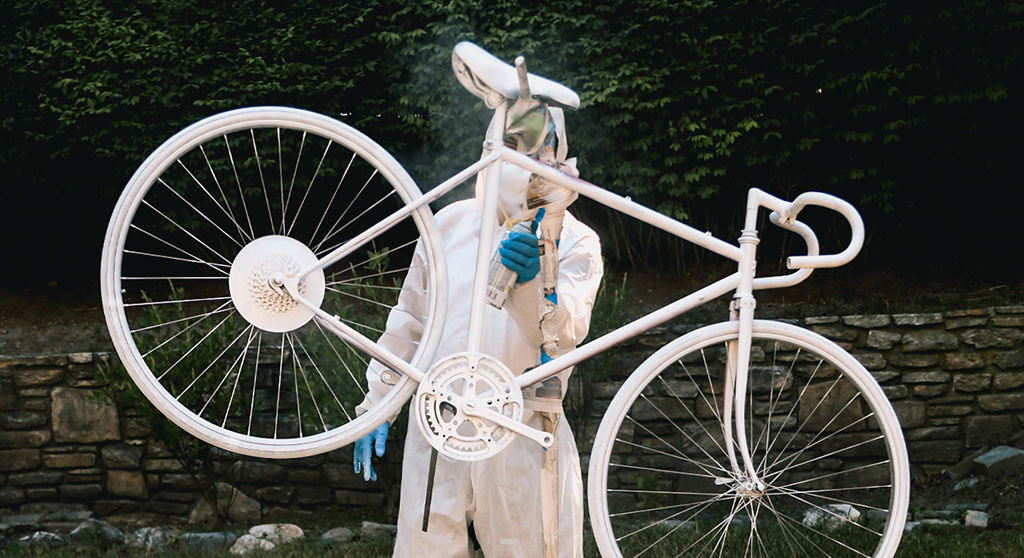 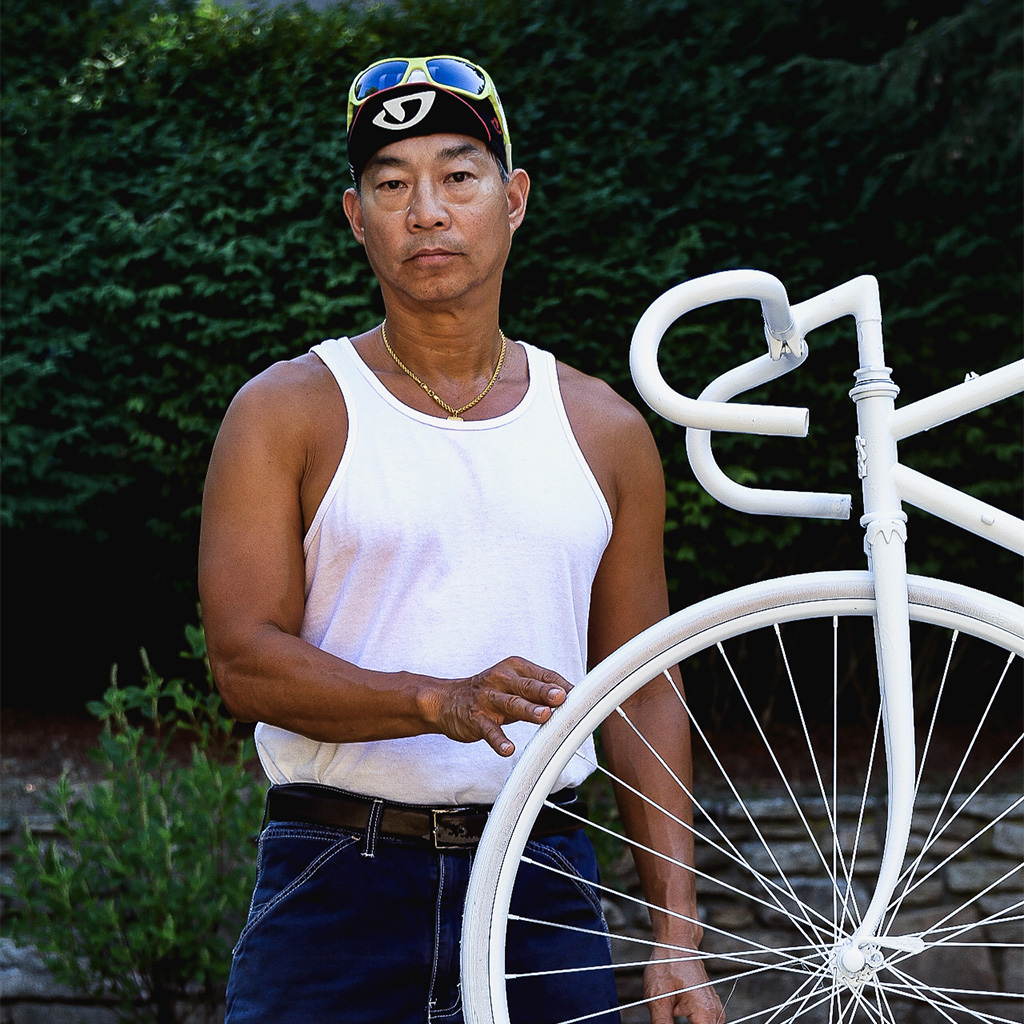 A ghost bike ceremony takes place Saturday in Boston to honor Cambridge’s George Clemmer, who was hit by the driver of a dump truck July 13 at Huntington and Massachusetts avenues, in the shadow of Symphony Hall. He was taken to a hospital, where he died.

There are no protected cycling lanes on the stretch of Massachusetts Avenue where Clemmer was hit, though they have been considered as part of a Symphony Station improvement project.

Preceding them will be a ghost bike, a roadside memorial marking where a cyclist was killed, usually by the driver of a motor vehicle. They are stark white memorials to be chained forever to the spot of a death – this one a formerly maroon model from the nonprofit Bikes Not Bombs. It is stripped of its brakes, grips, cables, gears – anything that rusts quickly or could be stolen – and spray painted. By now the maker, Peter Cheung, has it down to a science.

Clemmer was the 18th person killed in the past decade while biking in Boston, Cambridge and Somerville, according to data from MassBike and other safety advocates. Nine of these crashes involved a truck, and five occurred along a stretch of Massachusetts Avenue. 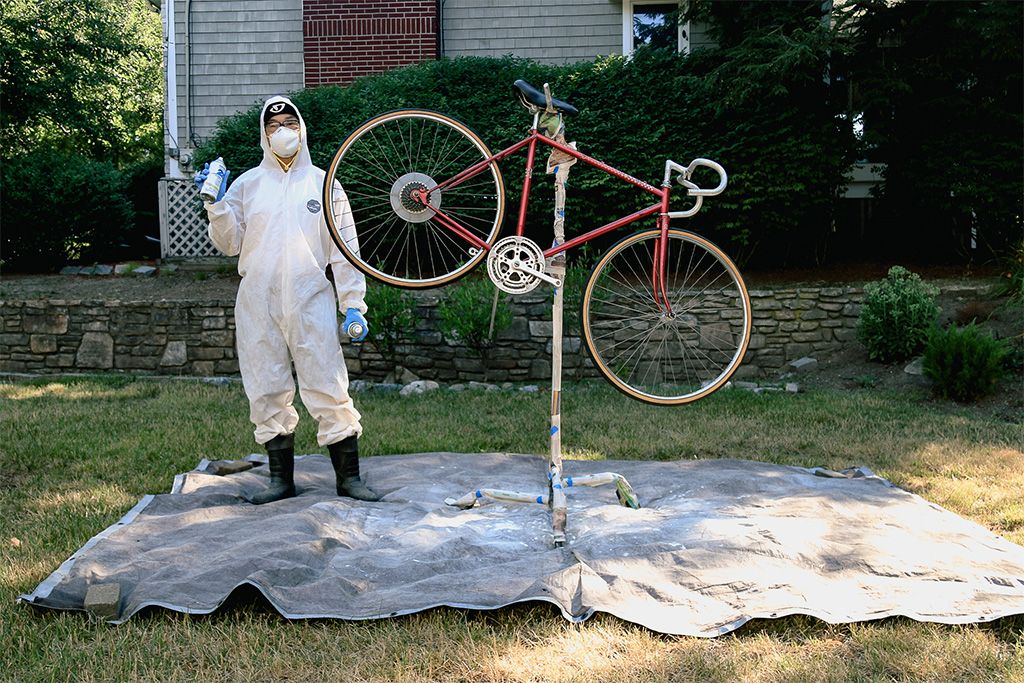 Clemmer’s friends and family describe the 71-year-old as unquenchably curious, brilliant and environmentally minded. On most days, he biked a 12-mile-loop from his home in Cambridgeport to Jamaica Plain and back. He rode a recumbent bicycle, which places the rider in a reclined position, because it felt more comfortable for his commute to Harvard Medical School, where he worked as a bioinformatician.

With degrees in naval architecture, electrical engineering and business from MIT, he worked on an array of projects throughout his life, from renovating wooden boats to developing a high-tech lamp.

“He had a lot of interests,” Peters said, “but he was a pretty solitary person. He did enjoy biking. He felt it gave him energy.”

Connecting with the artist

When Peters learned of Clemmer’s passing, she knew she wanted him to have a ghost bike.

“I remember seeing these bikes and thinking it was an interesting art installation in Boston,” she said. “It was George who told me that they are memorials for people killed on bicycles.”

Through friends, she connected with Cheung, a Jamaica Plain bike advocate known for leading events such as the Boston Bike Party and the Ride for Black Lives, and using his skills as a videographer to document newly installed bike lanes. In 2020, he was recognized as MassBike’s Advocate of the Year.

He is also the maker of most of the ghost bikes in the Boston area.

“It’s my contribution to public art,” he said. “It’s a way to turn a tragic area where something violent has happened into something more serene.” 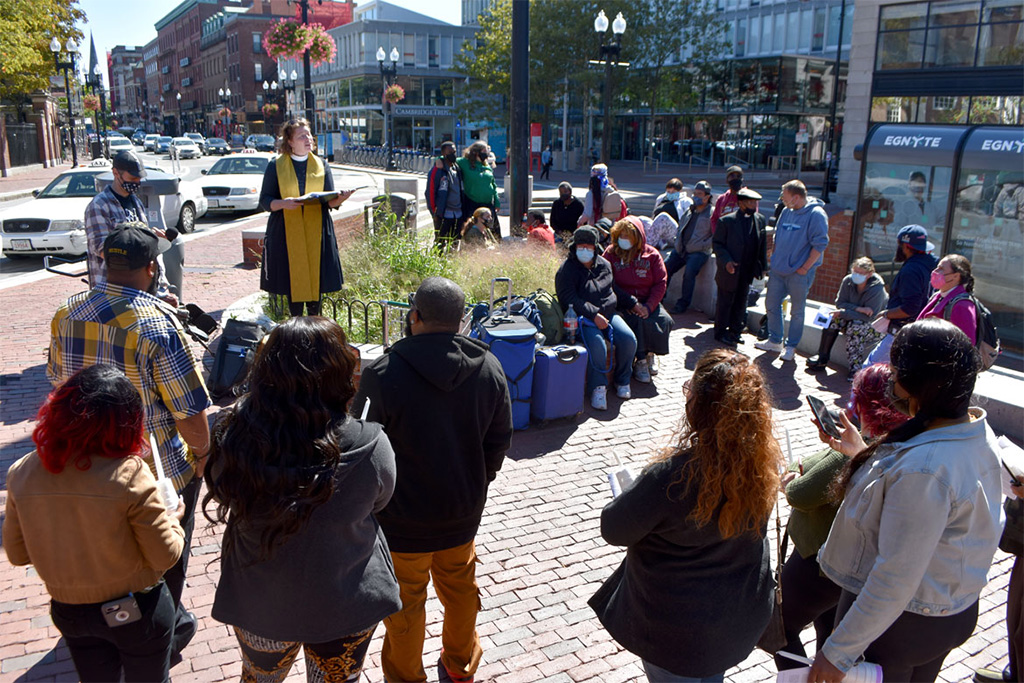 The first ghost bike Cheung created was for another Cambridge resident – 65-year-old Marcia Deihl – who was hit by a truck in 2015 while leaving a Whole Foods Market parking lot. Cheung had heard about ghost bikes, a ritual that began in 2003 in St. Louis when Patrick Van Der Tuin saw a car drift over the line of a bike lane and into a woman. He placed a white bike where she was almost killed to remind people of what had happened. The ceremonies are now observed nationwide.

After Deihl was killed, Cheung created a private Facebook group to connect with other cyclists, including the Rev. Laura Everett, executive director of the Massachusetts Council of Churches, who agreed to preside over Deihl’s ceremony.

He thought it would be a one-time thing.

But a few months later, on Massachusetts Avenue, a truck driver killed Anita Kurrman, a 38-year-old endocrinologist, on her way to work. A year after that, Amanda Phillips was killed in Inman Square. 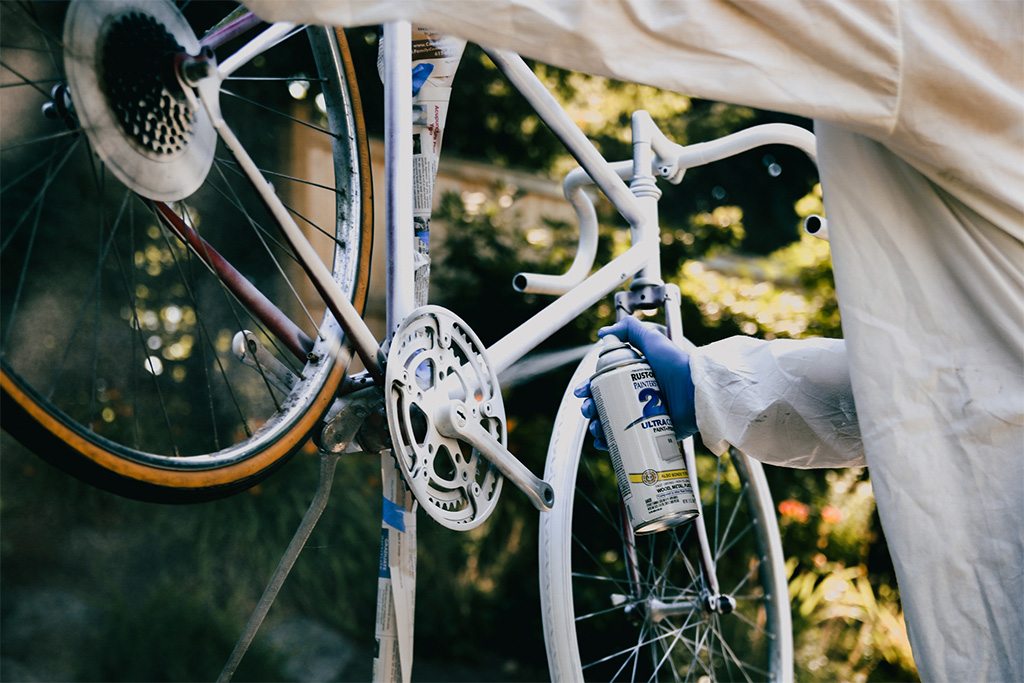 Over the years, Cheung and Everett have become increasingly organized. They created a ceremony outline and a ghost bike ceremony checklist that includes a list of suggested materials such as tea lights, a microphone and tissues. They have become so adept at these ceremonies that cyclists from other urban centers have reached out for advice on how to hold their own ghost bike ceremonies.

But the work can be taxing. During the pandemic, Cheung made six ghost bikes, holding mostly small ceremonies attended by only Everett and the cyclists’ families.

In total, Cheung has made 20 ghost bikes, four of which are in Cambridge. Clemmer’s will be his 21st, and the first public ghost bike ceremony since the pandemic began.

“The moment a normal bike becomes a ghost bike,” he said, “it’s a very sacred moment. I’m not a very religious person, but it’s someone’s life.”

Peters, who will attend the ghost bike ceremony on Saturday, believed that Clemmer would be touched.

“George would be very moved by how much support his death is garnering. He often spoke of this kind of activism as making a difference. I feel like that’s happening around him,” Peters said.