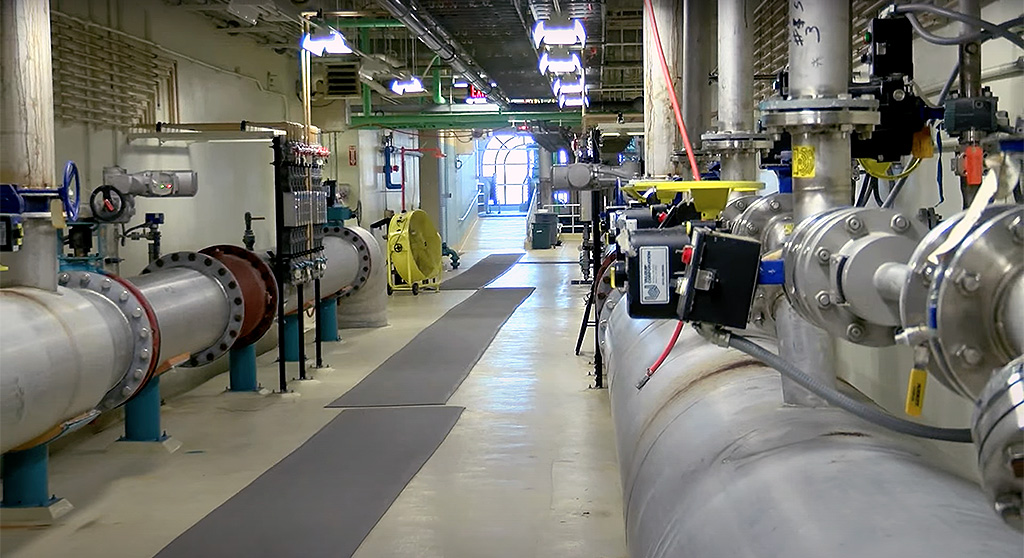 Cambridge will switch to getting all its drinking water from the Massachusetts Water Resources Authority system starting Tuesday because of rising levels of a worrisome group of chemicals in the city’s own water supply, the city announced Friday. Supply chain problems have also delayed installation of new filters designed to remove more of the chemicals, the announcement said.

The hazardous chemicals, called per- and polyfluoroalkyl substances, have been linked to a broad range of health effects, depending on exposure. The effects include reproductive and immune system problems, cancer, developmental impact in children and interference with hormones.

PFAS, a group of more than 1,000 chemicals, have been used widely since the 1950s in a variety of products including food packaging, firefighting foam and nonstick coatings on cookware. They break down so slowly that they are known as “forever chemicals” and are found throughout the environment. Most people have the chemicals at some level in their blood.

The U.S. Environmental Protection Agency in 2016 recommended a maximum level of 70 parts per trillion in drinking water for two of the most common PFAS chemicals, a tiny amount, but recently signaled that it will reduce that to a limit of practically zero because of recent health findings. In 2020, the Massachusetts Department of Environmental Protection set 20 parts per trillion as the limit for the combined total of six of the chemicals and has not yet responded to the federal agency’s newest advisory.

Cambridge has been measuring PFAS in its water since 2019 and decided this year to buy new water filter material – before the federal government’s move – to meet the state’s limit of 20 parts per trillion. The city’s water had met that limit except for one measurement in September that barely exceeded the maximum: 20.7 parts per trillion.

City councillor Quinton Zondervan has long pushed for the switch to MWRA water. On Friday he said in an email: “As you know, I’ve been advocating for this for a long time, so I’m glad they’re finally doing what I’ve been asking for to protect the health and safety of our residents.”

The city’s announcement said it expected to use MWRA water until the end of this year. Zondervan said Cambridge should not return to using its own water supply even after it installs the new filters, because the filters won’t eliminate PFAS and also because city water has high chloride levels.

Cambridge turning to the MWRA and its Quabbin Reservoir was last necessary during a 2016 drought, when the city’s water supply ran low.