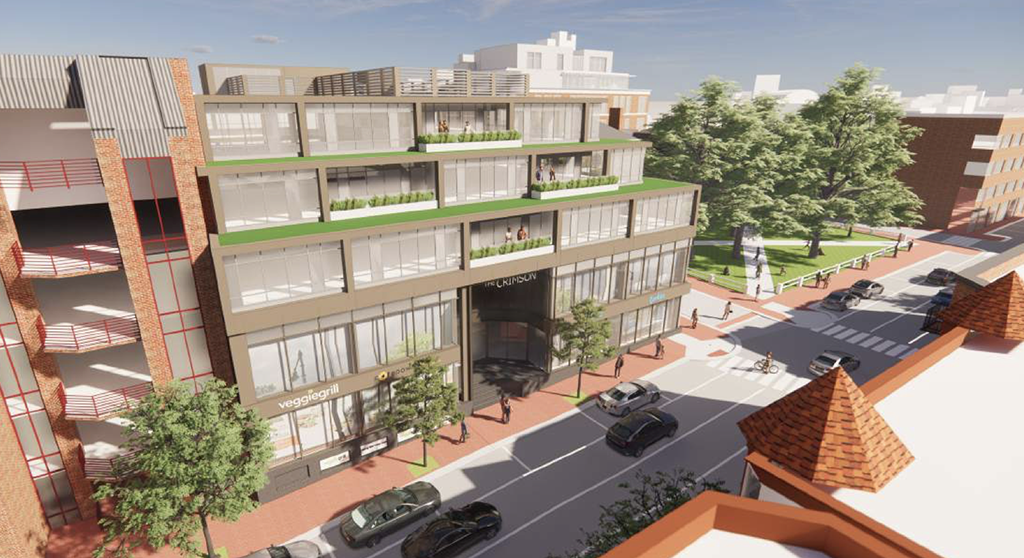 Safe Streets, Safe City meeting, 6 p.m. Tuesday. A discussion of the recent nonfatal shooting at Hoyt Field in Riverside on Aug. 19 and what steps “must be taken to decrease opportunities for violence in our city,” say organizers: city councillors E. Denise Simmons and Marc McGovern, and police commissioner Christine Elow. Watchable by Zoom video conferencing. 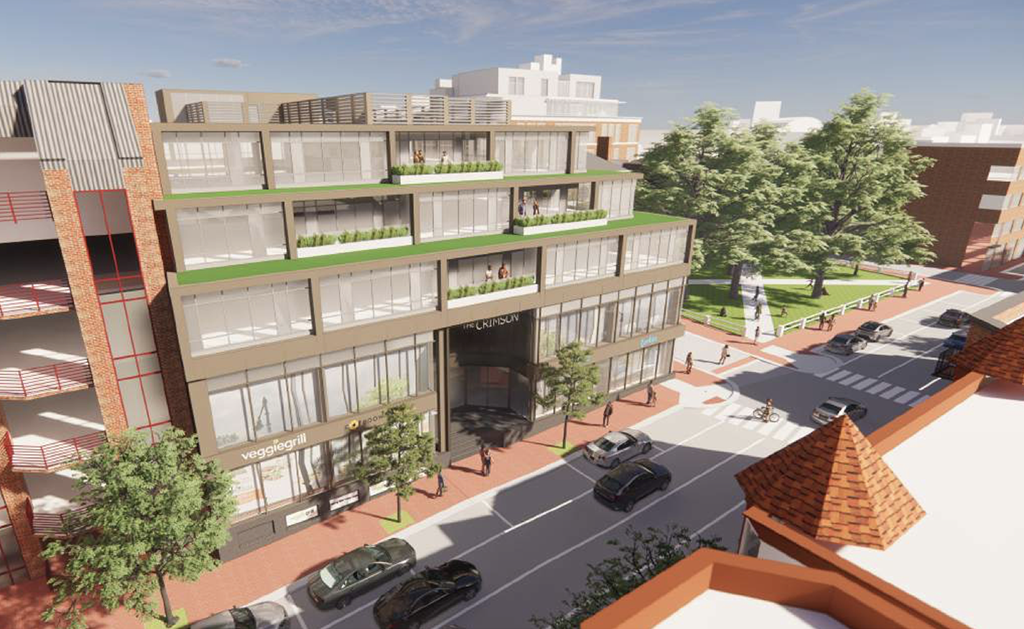 A bird’s-eye rendering of apartments planned for atop the Crimson Galeria in Harvard Square. (Image: Nelson via Planning Board)

Planning Board, 6:30 p.m. Tuesday. Developers at the Crimson Galeria at 57 JFK St., Harvard Square, present on plans to add 38 apartments for leases of at least an academic term – two units with two bedrooms, 22 with one and 14 studios – by adding three floors of height. The location is next to historic Winthrop Park and home to restaurants such as Bonchon, The Maharaja, Shake Shack and a Veggie Grill. The board warns that “due to technical issues, this meeting may not be broadcast on the meeting portal,” but it’s watchable by Zoom video conferencing.