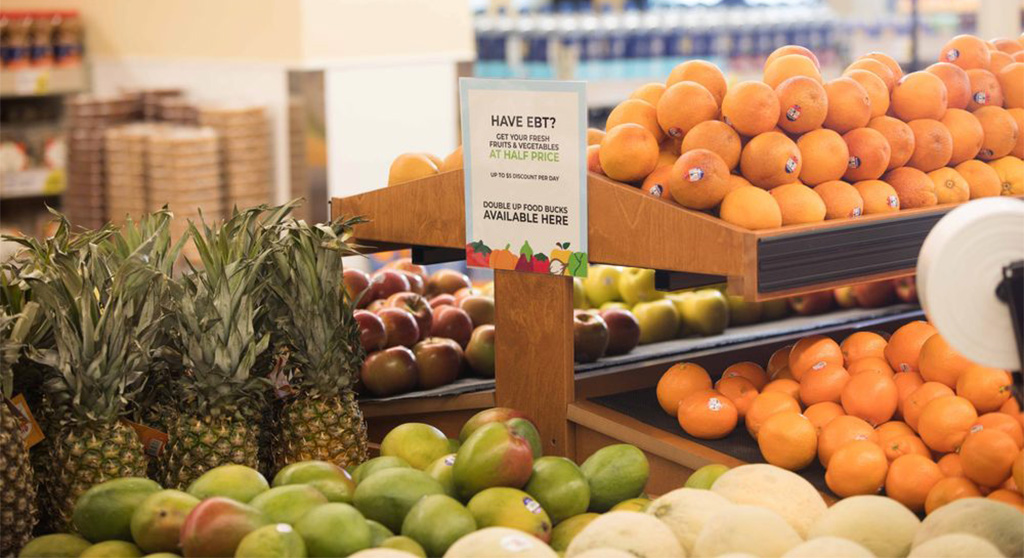 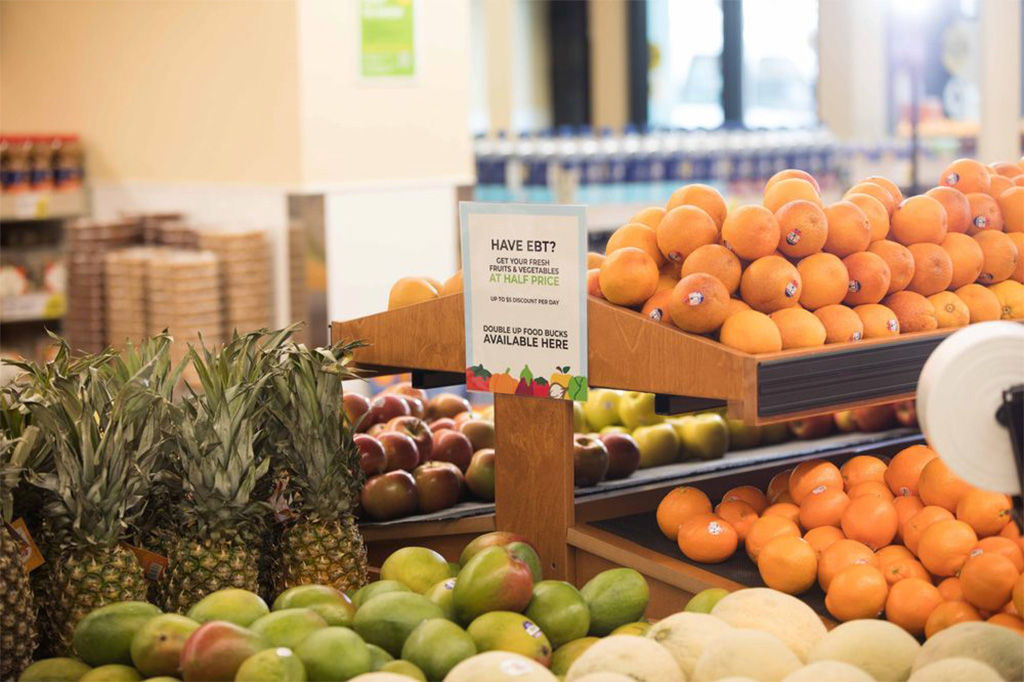 Food prices are  up 10.9 percent since July 2021 in U.S. Department of Agriculture figures, and people are struggling. One-third of Massachusetts residents experience food insecurity, according to the Greater Boston Food Bank.

Some of them are in Cambridge, where finding more-affordable groceries can be difficult. While Cambridge is not lacking in grocery stores, many of them are not cheap.

“Cambridge is one of the top cities of having a divide between wealth and poverty,” said Sasha Purpura, chief executive of Food for Free, a hunger relief organization based in Cambridge. “That does tend to attract stores that can charge higher prices.”

Amazon’s Whole Foods, with a reputation as an upscale supermarket focused on organic and ethically produced foods, has three locations in Cambridge. Market Basket, in Somerville’s Union Square, is one of the only traditional discount supermarkets accessible to Cambridge residents, and may become more difficult to get to if and when a bus route from East Cambridge is eliminated as part of MBTA changes. 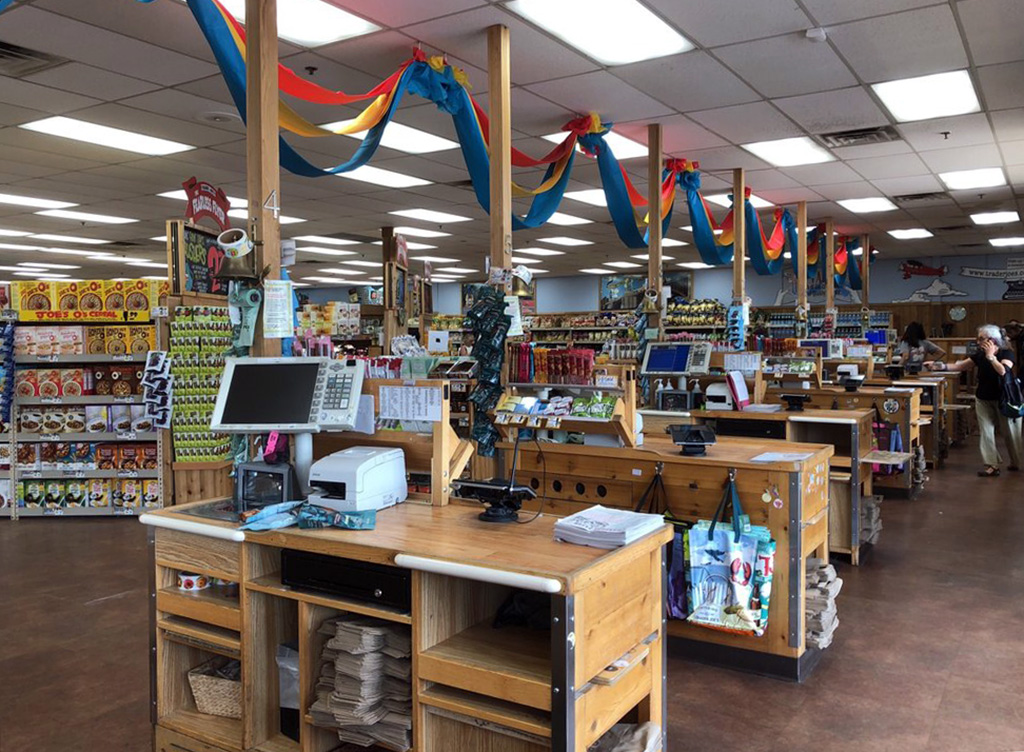 Trader Joe’s is on Memorial Drive in Cambridgeport. (Photo: Maria G. via Yelp)

A nontraditional entrant to the food business opened in Central Square in 2021. Daily Table is a nonprofit grocery store with locations in Dorchester and Roxbury that is “dedicated to providing fresh, tasty, convenient and nutritious food to communities most in need at prices everyone can afford.”

Food is inexpensive at Daily Table, but the store is small and the selection is limited. Despite this, you are still able to find many essential and staple foods inside.

We conducted an informal comparison of local grocery store prices by visited a range of stores, from upscale to budget. Prices were collected Sept. 2 and Sept. 4. We went to Whole Foods on River Street and Trader Joe’s on Memorial Drive, in Cambridgeport; H-Mart and Daily Table in Central Square; and Star Market in Porter Square. We also went to Market Basket in Somerville.

We looked at prices for bananas and gala apples; yellow onions, yellow potatoes, carrots and Roma tomatoes; basmati rice and spaghetti; chicken breast and a dozen eggs; and white bread and a gallon of milk. 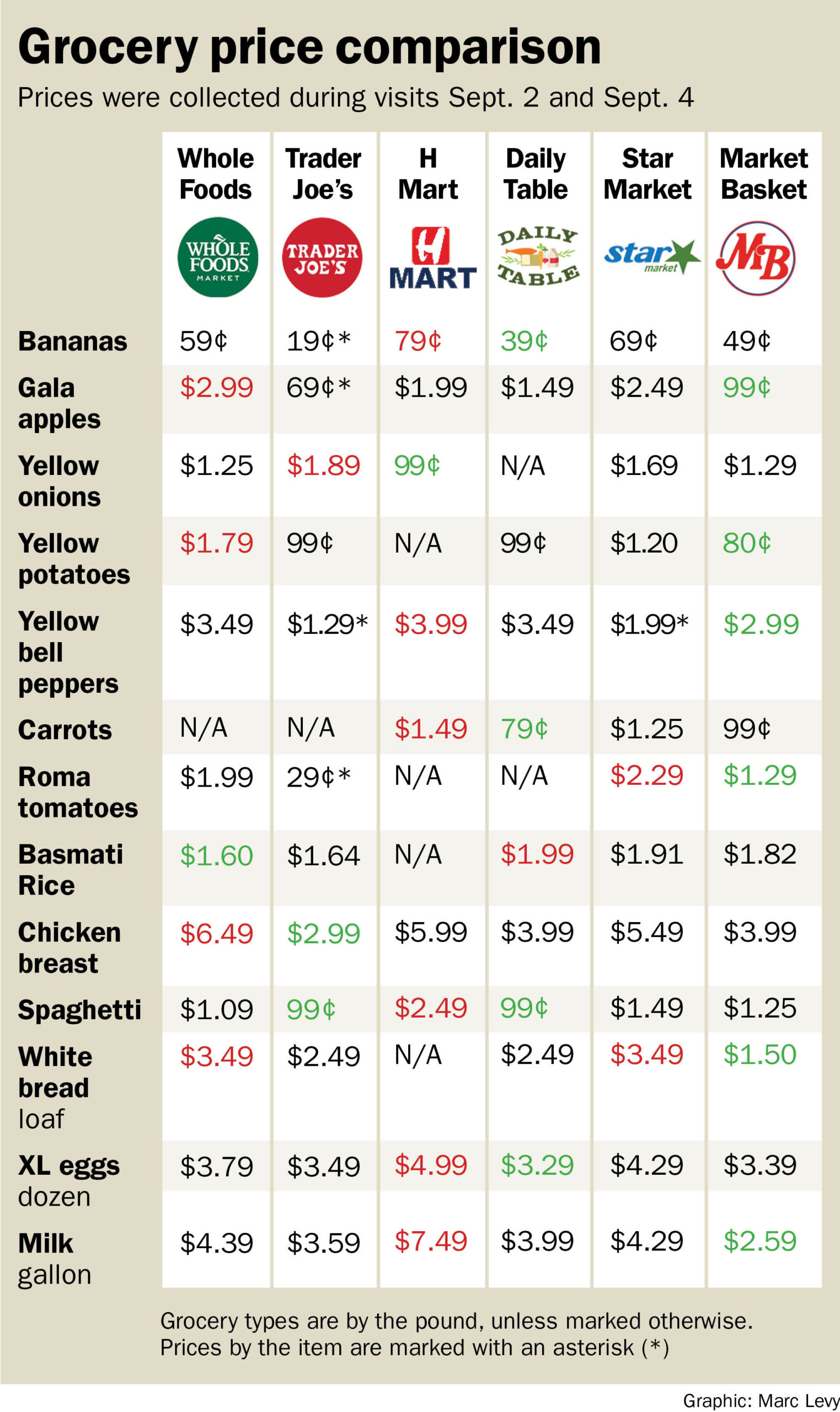 Store pricing by the item varied, making it more difficult to compare prices across stores. While one store may sell a specific produce item by weight, some may sell by the piece. Some stores either did not sell or were out of stock of certain items.

Some grocery stores stood out for low prices – or high prices. H-Mart in Central Square had the most expensive milk and eggs. A gallon of whole milk cost $7.49, while the average price across the stores that were visited was $4.39. The lowest price for milk was $2.59 at Market Basket in Somerville. Within Cambridge city limits, Trader Joe’s had the least expensive milk, at $3.59 per gallon.

A dozen extra-large cage-free eggs – they must be cage-free due to state regulation – cost $4.99 at H-Mart, while the average across all grocery stores we visited was $3.87. The lowest price eggs were found at Daily Table, for $3.29. 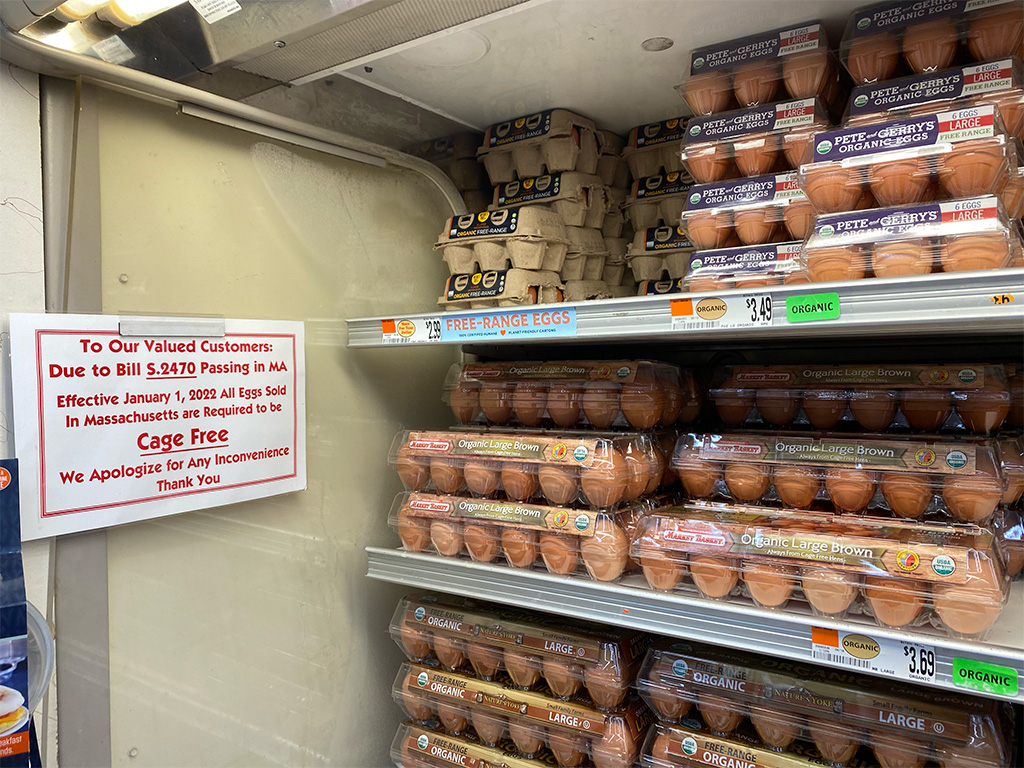 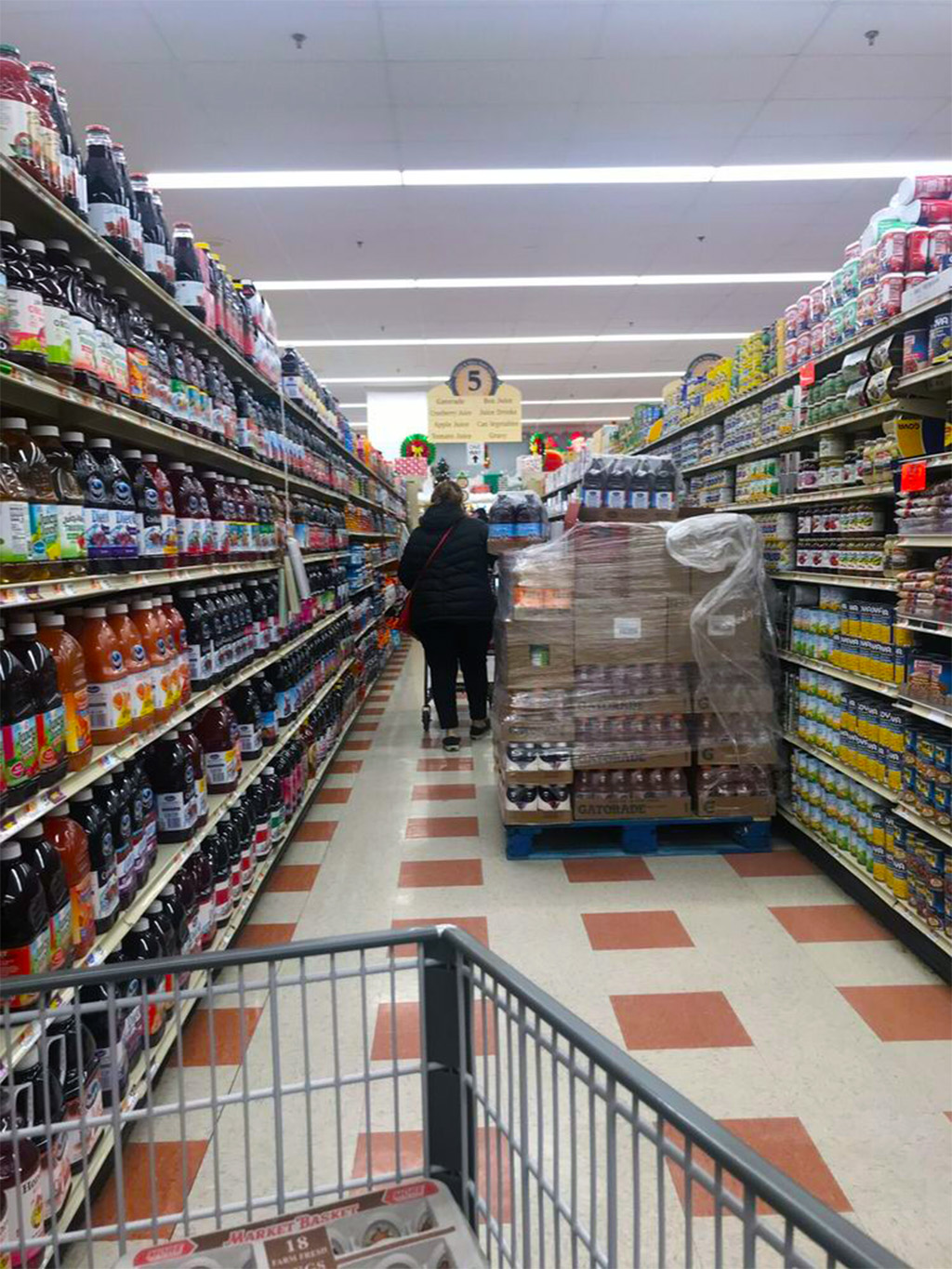 Part of the Market Basket experience in Somerville. (Photo: S B. via Yelp)

There is a lot of variation between individual items, but in general, if you are looking for inexpensive groceries Daily Table and Trader Joe’s are your safest bet within city limits. If you can make the trip to Market Basket in Somerville, you should consider it.

The grocery store that is least expensive for you will depend on what you buy, but there are big differences between the stores available to Cantabrigians. There are affordable options, but accessibility is still an issue – one that could benefit from government support, Purpura said.