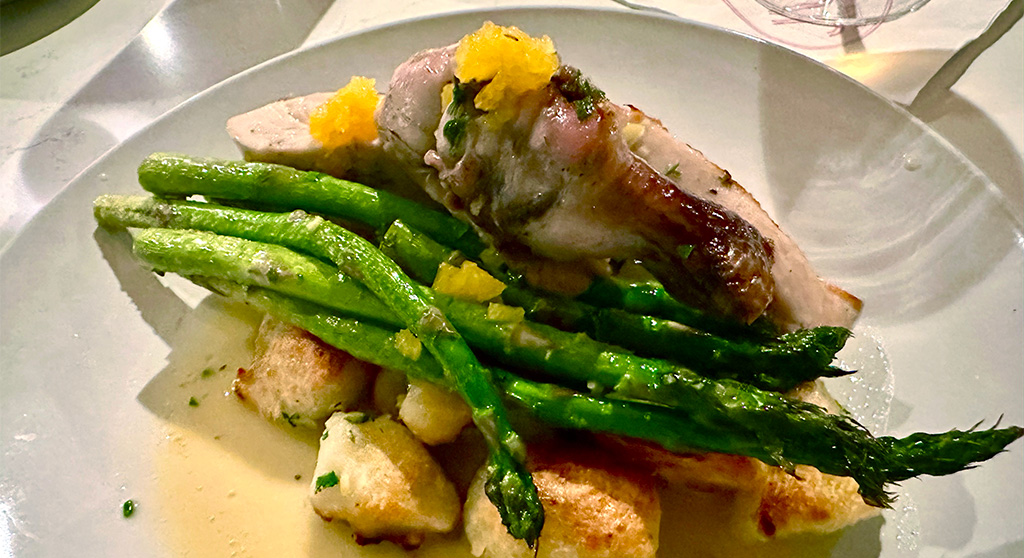 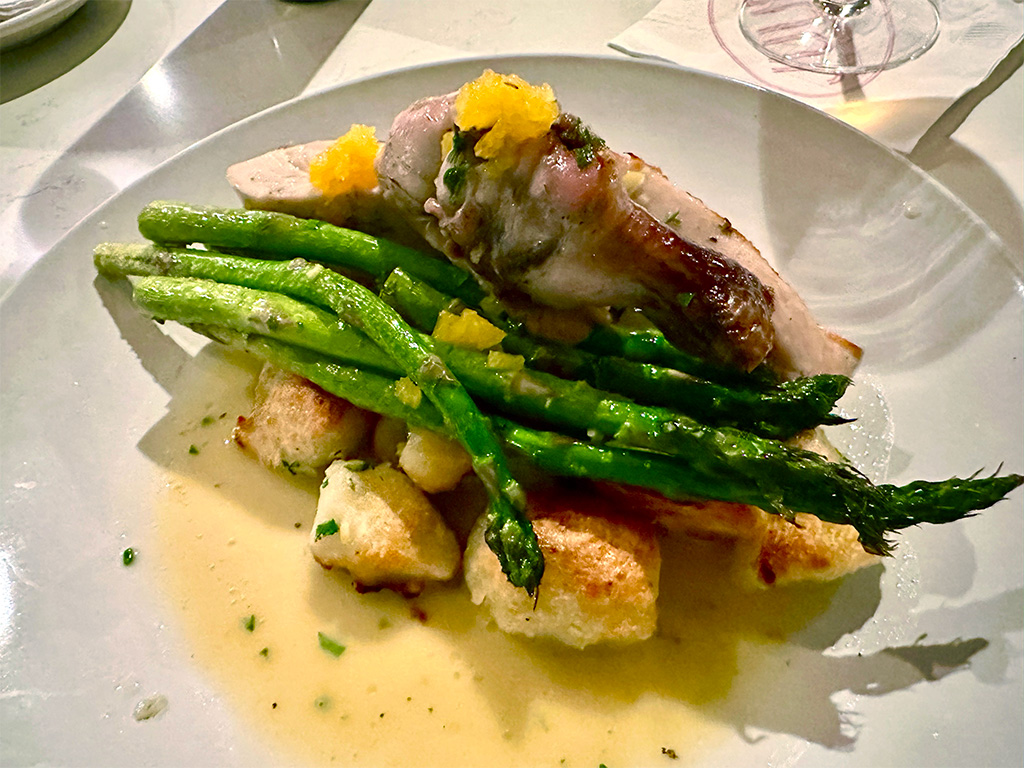 It’s only been a few weeks since the nouvelle bistro Juliet settled into its new, upscale digs on Washington Street in Union Square. The move is practically next door, but what a difference a digit or two in address makes – though it’s really a whole new vision by owners Josh Lewin and Katrina Jazayeri. Before, there was a homey, cafe-style enclave with quaint, wooden tables and an open kitchen at the center; now you walk into a much bigger space of spare, white decor with Parisian and Mediterranean accents. It’s breathtaking, with a dining bar that’s open yet intimate and plugged into the hive of activity.

The winning menu at Juliet is funky, eclectic and clearly influenced by the style and flavors of Nice on the French Riviera. In one column you have French omelets (with fines herbs, a daily chef’s special and even a tuna Niçoise spin). Then there’s a mussels and frites section where you can get your sloppy fun of mollusks and french fries in various styles, including marinara, garlic and wine or with a New England spin. (Think chowder.) Putting a funky cap on the menu are the aiolis – essentially charcuterie, fish, or a raw and pickled veggie board with that garlicky dipping sauce as a garnish. Among smaller plates there are some interesting choices, such as radishes and butter, a Niçoise chickpea crepe and brandade croquettes (salt cod and potato, yum!), and I can testify to the delights of the super-lean Jamón Serrano that comes in a heaping pile. It’s not as filling as you might think, and one of those things you consider a second order of. I’d call it the best charcuterie offering I’ve had in recent memory. 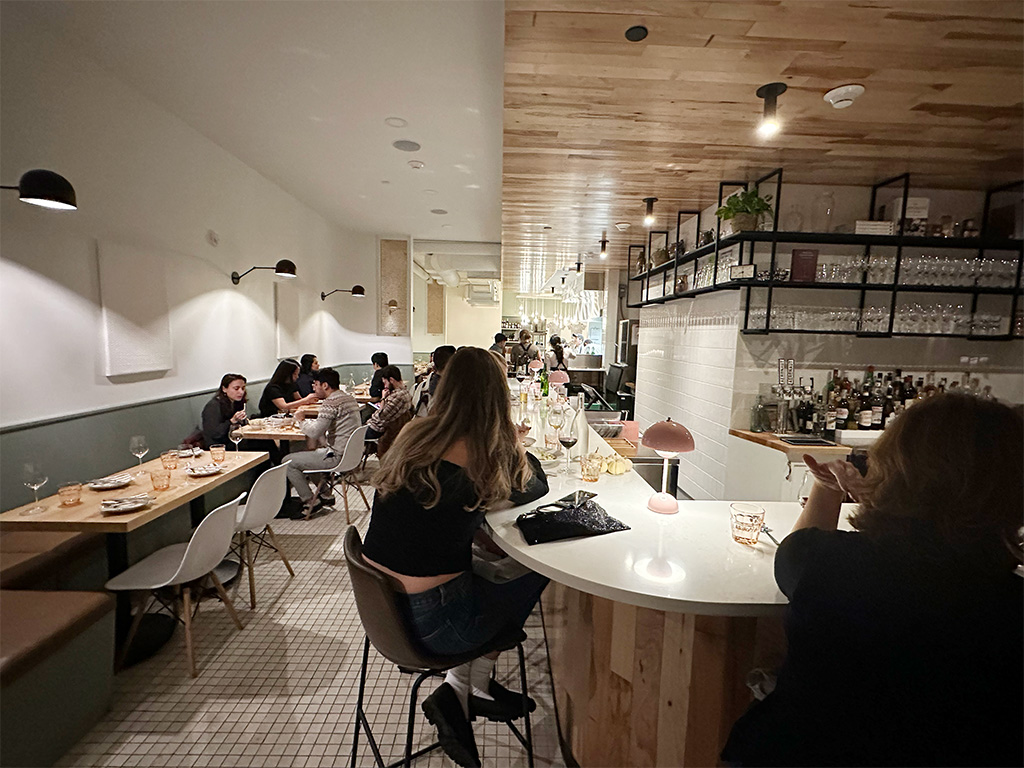 Juliet has relocated with a new look in Union Square. (Photo: Tom Meek)

There are pastas (tagliatelle and veggies, and spaghetti with a Niçoise tomato sauce) and larger plates, including the requisite salade Niçoise and steak frites, chicken Milanesa (fried chicken thigh) and a French spin on a burger. But the thing to have at Juliet is the roast chicken, which is simple and oh so good. It’s funny that there are a lot of foods out there – omelets, roast chicken, French onion soup and even burgers – that are easy to do but so hard to do exceptionally. Juliet’s roast chicken is in that higher orbit: The skin is crisp, but not fatty or greasy. The plump serving of breast is cut into thick strips of tender, white meat that is juicy and flavorful and evenly cooked, with no dried-out edges or bland, tasteless centers. It comes with an au jus that’s almost not needed. Just as meticulously prepared are its accompaniments: baked asparagus with a tint of lemon; and rosemary garlic potatoes, skinned chunks that are lightly hash browned to perfection.

As much as I want to try other things on the menu, going to Juliet and not having the roast chicken would seem like a culinary crime. Coming, I am told, are brunch and breakfast as the staff gets more fully up to steam in their grand new abode.