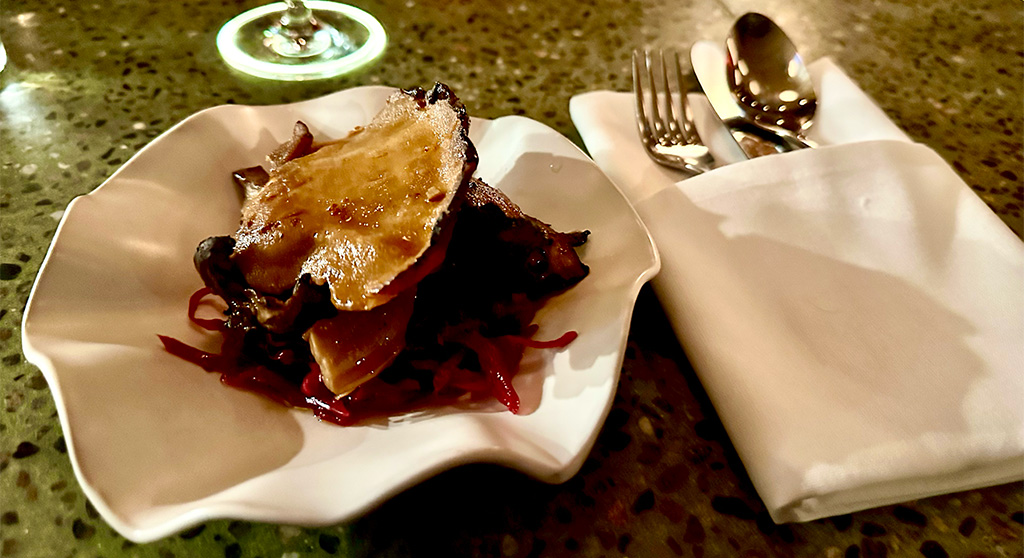 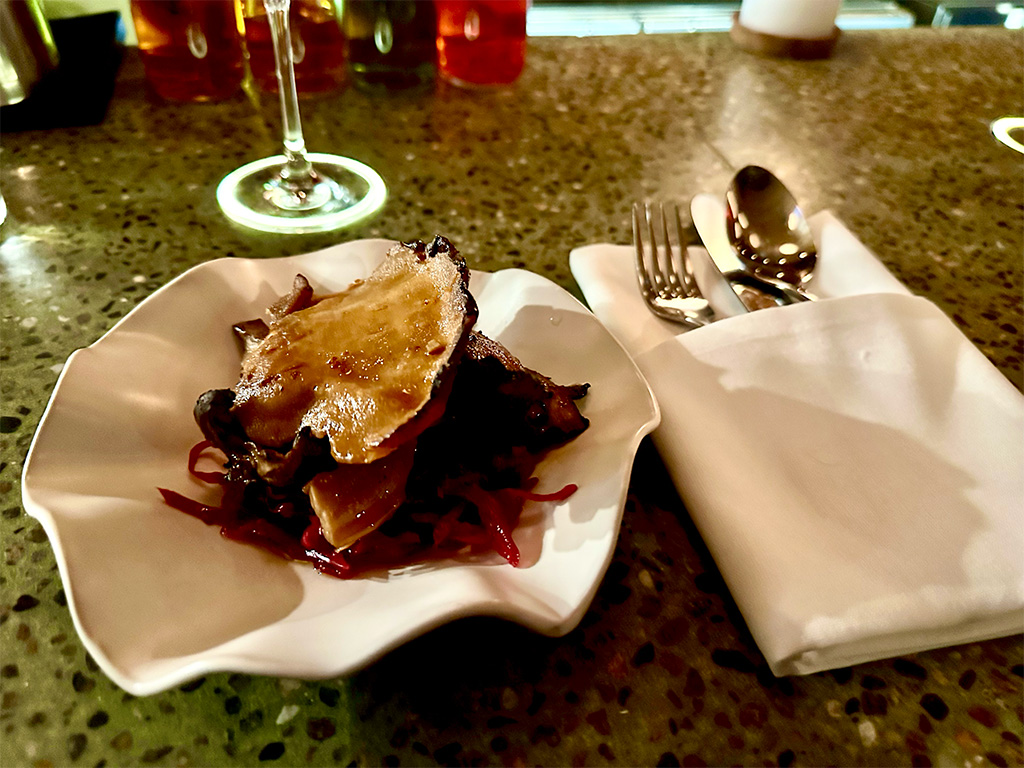 I never thought I’d get emotional writing a food review, but here we go.

Spoke Wine Bar in Davis Square opened in 2013 under the guiding hand of Felicia (or Felisha) “Flea” Foster, the wine buyer at Dave’s Fresh Pasta next door, and with plenty of support from Fresh Pasta owner Dave Jick (who also had a hand in Semolina Kitchen & Bar over by Tufts, one of my favorite late lunch spots). I had the privilege of knowing Flea through my neighborhood coffee shop Simon’s, where she was a regular; we spoke often there about the challenges of biking in the city and traded bilking hacks. When two of our favorite baristas at Simon’s announced they were moving on, Flea invited a bunch of us to her place on Highland Avenue in Somerville for an intimate farewell party. The finger food was fantastic, bolstered by a selection of wines that pretty much killed my pride in picking “cheap, but good” bin wine. It was then I learned of Flea’s new venture, Spoke. (As for the name, I never asked, but assumed cycling as the source of inspiration.) I made it to Spoke several times, loving the narrow space’s cafe-style ambiance with spare Scandinavian accents and employees who knew everything about wine – clearly inspired by the proprietor. (Getting Flea to help you buy wine at Dave’s was always a trip.) In 2016, bad news came: Flea, who had been struggling with her health, announced the closing of her much-loved eatery. It was bittersweet when employee Mary Kurth instead took over as owner. In 2017, Flea passed away from complications due to ALS.

It has been a long (pre-pandemic) while for me since going back to Spoke, and I was happy to see that much of what Flea had started persisted and was built upon. The wine selection and knowledge behind the bar remains top-shelf, while the food has become more eclectic and nuanced, offering more varying flavors while covering the culinary bases with balance so as to not lose anyone due to diet or preference. Buying wine or ordering a drink at a niche bar with no menu – because the bartender will translate your interests into a glass – can be hit or miss, but this is not the case at Spoke: I had a frothy spin on a the sidecar that was spot on, followed by a wonderfully dry and crisp orange wine; it was prefaced by plenty of exploration of tastes to hone that choice to the right one. 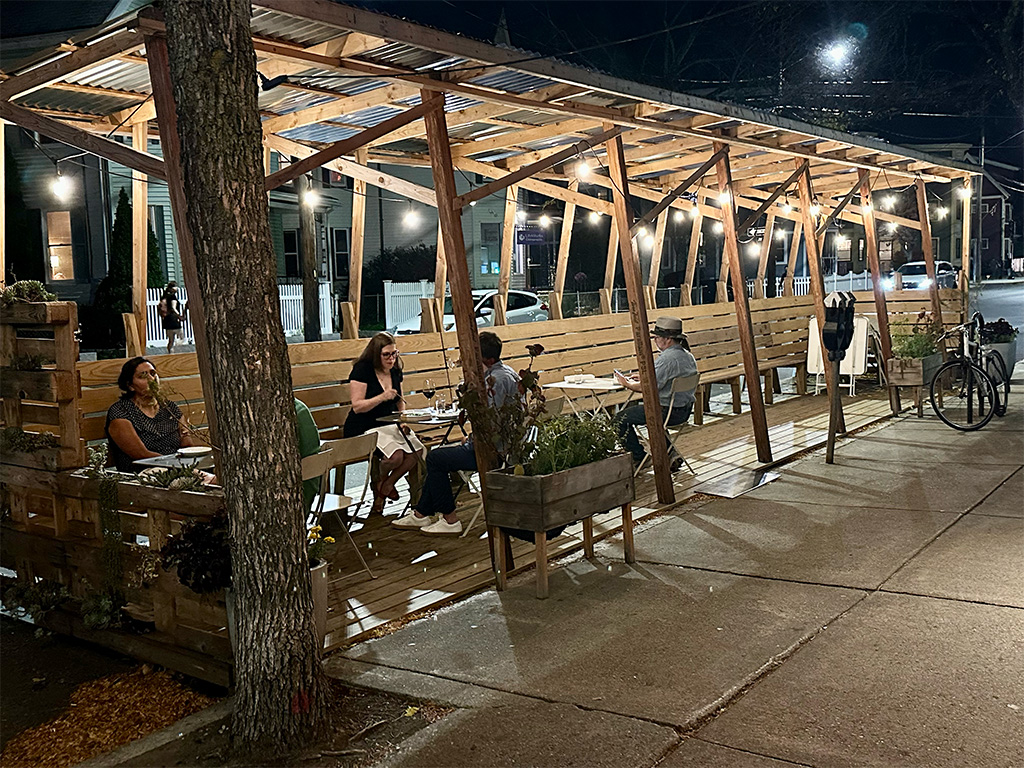 The food is what I’d call tapas with a few big plates. Those bigs – a skirt steak and grouper – are two of the more conventional offerings on the menu. The rest of the slate is almost as fun to read as to taste; highlights include sunchoke doughnuts with gouda, enoki mushroom cakes with sausage spice and pineapple sauce, a black bass crudo, grilled mochi, fried green tomatoes (such an underrated and underappreciated dish) and waygu beef cheeks. On my last drop-in, I began with the smoked and grilled mushrooms with sauerkraut and finished with the chicken pressé  with vichyssoise, pine nuts and sorrel. I was told that mushrooms would have a smoked sausage essence, and that was so, and the variety of large crowns were all tender, juicy and infused with a hearty smokiness, the ’kraut was purple, perfectly pickled and a devilish accent to the mushroom, cementing the invention when eaten together. The pressé is a reason I’ll be back, and probably a reason I might not explore the fun menu more. It’s essentially a mix of light and dark tender chicken meat molded with flour and flavorful seasoners into a neat cube, cooked and served in a bowl with a thick vichyssoise base. It’s a simple concept that pairs perfectly, prepared with expert care and presented as a minor form of art. I can’t wait to go back.

It’s a testament that the enterprise continues in the spirit of Flea, one of the nicest, kindest people to drift though the door at Simon’s – and someone who was onto the wine bar concept before it caught fire in the area with Dear Annie and Barcelona. As the space is small and intimate, I suggest booking in advance if you’re looking to go at peak times; even bar seats are up for reservation.