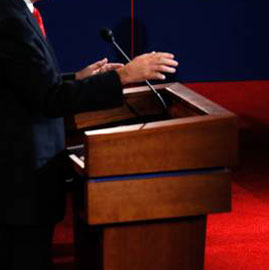 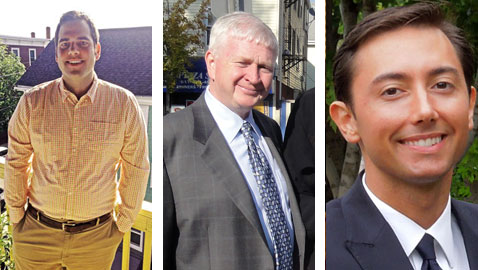 The three candidates for state representative in the 26th Middlesex District will debate at 7 p.m. Tuesday in front of a studio audience at Somerville Community Access Television, 90 Union Square, Somerville, according to a press release from longtime incumbent Tim Toomey.

A second debate is scheduled for 7 p.m. Oct. 30 in Cambridge.

In addition to Toomey, 59, a Democrat and Cambridge city councillor, the Nov. 6 ballot will include independent candidate Mike “No Money” Connolly, 32, and Republican Thomas Michael Vasconcelos, 25, of Somerville.

The debates promise to be fiery. The road to pinning down dates, times and formats has been bitter, including accusations of prematurely leaked information, and intertwined with a call from Toomey for the challengers to release tax returns as he has — a call they dismissed as being “desperate” and “a distraction.”

The Tuesday debate will consist of three segments and should last an hour and a half, starting with two-minute opening statements.

Candidates will answer questions posed from residents of the district in the second segment. Residents must submit questions by 5 p.m. Monday either to one of the three campaigns or by filling out an online form. Questions must be answerable by all three candidates, who will get 90 seconds to respond to each. The candidates will know the questions in advance.

The third segment lets candidates ask each other questions, a format pushed by Vasconcelos. The candidates will not know their opponents’ questions in advance. Questions can be phrased for one or both other candidates, but both candidates may respond. The candidate asking the question may also give his own response. If a question is posed to a particular candidate, that candidate is allowed the last word before moving on. There are no time limits in this segment.

The format for the second debate will be the same, but the location is still to be determined.

The debate will be broadcast live on SCATV (channel 3 in Somerville) and tickets for attending the debate in person will be available through the three campaigns.

Due to space constraints, tickets are limited. Residents of the 26th Middlesex district (In Somerville, that’s Ward 1 and Ward 2, Precinct 1. In Cambridge it’s Ward 1; Ward 2, Precinct 1; Ward 3; and Ward 6, Precinct 1) who would like to attend the debate may ask any of the three campaigns.