Bicyclist dies in Porter Square, run into by truck; victim is ID’d as 60-year-old Lexington man 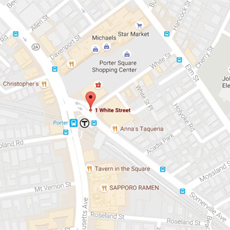 Bicyclist dies in Porter Square, run into by truck; victim is ID’d as 60-year-old Lexington man

An 8:08 a.m. crash with an 18-wheel truck killed a bicyclist crash Tuesday at 1 White St., across from the Porter Square Mall.

The victim, Bernard Lavins, 60, of Lexington, was pronounced dead on the scene. He was identified by officials just before 10 p.m.

The truck driver remained at the scene of the crash, said Jeremy Warnick, director of communications and media relations for Cambridge police.

The city’s most recent prior bicycling death was of Amanda Phillips, 27, who reportedly rode into an open car door and was flung into the path of a landscaping truck at 12:17 p.m. June 23 near Hampshire and Cambridge streets in Inman Square, where bike safety had already been the cause of controversy and city study.

Before that, Marcia Deihl, 65, a singer/songwriter and political activist, died riding a bicycle at about 1:39 p.m. March 11, 2015, on Putnam Avenue between River and Pleasant streets, also after a collision with a truck. The driver of the container truck believed to have hit her also stayed at the scene and cooperated with investigators.

City councillor Craig Kelley, an avid cyclist who emails constituents a regular newsletter on bike issues, called the Porter Square incident “another tragic example of how dangerous bicycling is, both in Cambridge and beyond. It is the rare cyclist who hasn’t been injured in some fashion while biking and a rarer one still who hasn’t had countless close calls.”

Because it was a fatal crash, the investigation will be led by the office of Marian Ryan, the county’s district attorney. With her office and state police need to decide whether to press charges against the driver of the 18-wheeler, Kelley said, “Unfortunately, we are unlikely to get as much information about the collision as we would like for a while.”

“I’ve been trying for over 18 months to get more information about [Diehl’s] death … and the DA is still reviewing what documents it can release,” Kelley said. “It is really frustrating, because it’s tough to make good decisions on infrastructure improvements without good data. But we’ll keep pushing to find out what we can as soon as we can.”