‘The Snowman’: Semi-thriller about killers doesn’t justify a fan’s trip out into the cold 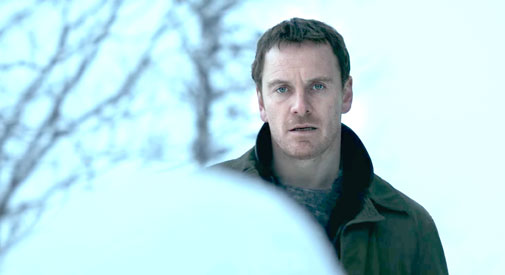 ‘The Snowman’: Semi-thriller about killers doesn’t justify a fan’s trip out into the cold

This much-hyped thriller (“produced by Martin Scorsese”) based on Norwegian author Jo Nesbø’s crime series becomes its own enigmatic entity. “The Snowman” is both a wonderment to behold and an endless aching thud of frenetic plot manipulations that insult the audience’s intelligence – something that’s bound to happen when you build a thriller by proxy (two or more screenwriters). It makes you step back and ponder what might have been. The prospects are endless, as all the pieces are right there; they just don’t fit and flow. 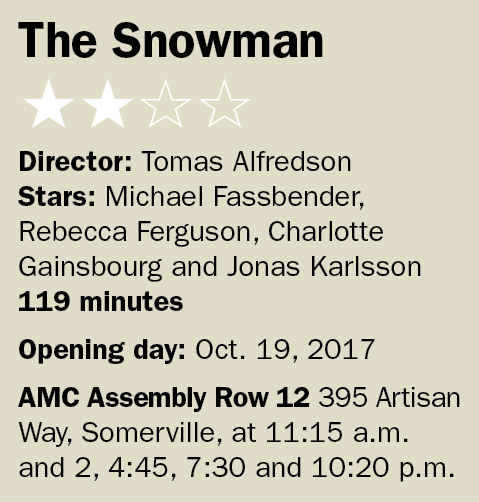 The tale is set in Oslo and the surrounding countryside, captured in gorgeous scenic shots. Everything is gray, drab and snowbound, also a fair assessment of all the characters skulking about a dark whodunit that reaches for the moody grandeur of a David Fincher film (“Se7en” or “The Girl With the Dragon Tattoo”) but winds up closer to “Body of Evidence” (1993), which effectively killed Madonna’s acting career and probably had Willem Dafoe thinking about swapping agents.

Sophomoric references aside, the film’s protagonist, Harry Hole (Michael Fassbender) might just prove to be the most broken-down, boozed-out cop to grace the screen since Don Johnson’s vomiting sot chased down a platoon of Nazi flag-waving skinheads in “Dead Bang” (1989). Hole, once famed for his sleuthing skills and homicide conviction rate, has since succumbed to drink and depression, and lost his license to drive. Even more troubling is the realization there hasn’t been a decent murder in Oslo in almost a decade. There are plenty of missing-person cases, however, which eventually draws Hole’s eye – oddly, most are married women with young children carrying on with another man. If that’s not a specific enough connection, they all disappear on the eve of a snowstorm, and there’s always a makeshift snowman left near the scene of their last sighting.

Creepy stuff, right? Not really. Just saying it is doesn’t make it so. But eventually, dismembered bodies and heads with half the cranium blown off start to crop up – and with each new grim revelation, I kept wondering when the hair on the back of my neck might feign alarm enough to stand up. It never did. The film’s most genuine chills come in the form of a metrosexual doctor running a pimp show for a wealthy kingmaker (J.K. Simmons, totally miscast) and Val Kilmer, as an even more pie-eyed dick on a different bloody trail.

Along for the ride – or, I should say, the one giving Hole a ride throughout – is fetching young officer Katrine Bratt (Rebecca Ferguson). She’s an up-and-comer in the department and, to deepen the plot, has her own agenda that doesn’t really mesh with Hole’s investigation.

What is it she’s hiding? What is it about the killer she knows that we don’t know? We’re supposed to be piqued to ask. If you’ve got one eye open you should figure it out midway; I’m pretty susceptible to red herrings, but the misdirects were as obvious as three-day-old fish. I could have left the film then and nothing in this review would have changed, but in addition to having integrity, I stuck around mostly for the chance at another glimpse of Charlotte Gainsbourg (“Nymphomaniac”), who, as Hole’s former lover, becomes the one resounding element of humanity and grace in the film. Fassbender (“Alien Covenant,” “Slow West” and more), normally rapturous in all he does, is merely fine here as he bears the yoke of material neither curated nor compiled with care.

It’s a disappointment too that Swedish director Tomas Alfredson, who found such rhythm and bite in recent outings such as “Let the Right One In” (2008) and “Tinker Taylor Soldier Spy” (2011), seems so hobbled here. Considering his origins and having proven himself adroit with intrigue, you’d think he’d be a natural fit, but then again, good genes does not guarantee great success.