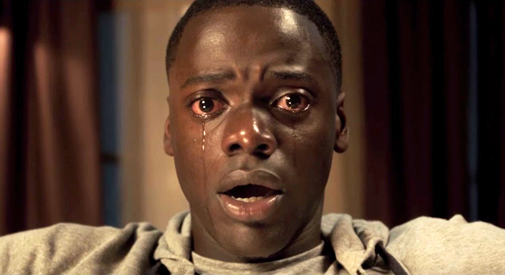 Think the best proves a good year? Look at what missed getting on.
By Tom Meek and Allyson Johnson

Don’t listen to anyone, in any given year, that it was a “bad year for movies.” No, it wasn’t – they simply haven’t seen enough. Like many years, 2017 offered up an enormity of quality films, with the overall quality of the year shown by what’s been left off this top 10 list. From highbrow films such as “Phantom Thread” to arthouse shockers such as “Mother!” to box office spectacles such as “Wonder Woman,” every genre has granted excellence to every type of viewer. Narrowing such an eclectic and expansive list is always difficult, and with this one we have everything from dark satires about race relations in America and poverty seen from the eyes of a 7-year-old to young men as sitting ducks on a beach during World War II and one woman’s plight to avenge her daughter’s death and find peace. It’s all worthy of attention, with both longtime favorites and newcomer directors making our list.

“Detroit.” Kathryn Bigelow’s searing dramatization of the five-day riot that rocked Detroit back in 1967 sinks its teeth into the details of the siege of the Algiers Motel where – as history records – three young black men died in the wake of a nightmarish evening of kangaroo-court interrogation tactics by Detroit PD. Will Poulter’s unapologetic, near amoral cop, leading the charade, becomes the film’s centerpiece and a lingering reminder of hateful indignation and a miscarriage of justice that still stains our country.

“Three Billboards outside Ebbing, Missouri.” For all of its cursing, cynicism and violence, there’s quite a bit of hope buried in the underbelly of the oddly humanistic “Three Billboards outside Ebbing, Missouri.” Frances McDormand, Woody Harrelson and Sam Rockwell perhaps give the performances of their careers as Martin McDonagh continues to show why he’s one of the most interesting filmmakers working. Sincere despite its miserable characters, warm no matter the tragedies presented to those characters and prompting one of the most satisfying endings of 2017, “Three Billboards” is as divisive as it is gripping.

“Good Time.” With some highly energized editing, dizzying cinematography and a score that keeps our eyes rapt on the screen as our protagonist risks life and limb (unbeknownst to him) to rescue his brother, “Good Time” became something of the secret hit of the year. Robert Pattinson is superb in the leading role, offering a side never before seen and we hope to continue to. It’s the Safdie brothers who truly show their talents, however, following up their underrated “Heaven Knows What” with a film equally as daring.

“The Florida Project.” An apt follow-up from director Sean Baker, who blew audiences’  minds in 2015 with “Tangerine,” the super-low-budget gem shot on iPhones and starring a tandem of transgender heroines. Set in the sun-drenched underbelly of society, namely a flamingo-pink motel in the shadows of Disney World, Haley (Bria Vinaite), a young, tatted single mom – part vixen and all viper – struggles with addiction. Her daughter (Brooklynn Prince) isn’t as much a victim as you’d expect, roaming the strip mall sprawl with other kids from the motel and the kind of feral knowing that filled the frames of  “The 400 Blows” and “Salaam Bombay.” Vinaite and Prince bring substance to their broken souls and Willem Dafoe adds a touch of class and weary stewardship as the motel manager who watches over the place with more heart than he’s willing to show.

“Dunkirk.” Christopher Nolan’s weave of three narrative threads playing with time and aspect is an amazing accomplishment in scope and ambition alone. The film depicts the heroic evacuation of hundreds of thousands of British troops exposed on the French beach town of the title and picked off regularly by German forces during the escalation of the Second World War, The cinematography by Hoyte Van Hoytema and taut orchestration of events by Nolan are top shelf. Some of the film’s quiet genius is the small moments between the bomb blast and gunfire when humanity and heroism fills the screen.

“Lady Bird.” Leave it to first-time feature film director Greta Gerwig to somehow make a Dave Matthews song the emotional climax of a film. “Lady Bird” is unquestionably great filmmaking, with fine performances from Saoirse Ronan and Laurie Metcalf. What makes it so special, however, is the details and what they brings to the authenticity of the picture (a loaded word in criticism): It’s a snapshot – scrapbook, maybe – of the moments and relationships in our teen years that defined us the most and the lessons we built ourselves on.

“Call Me By Your Name.” Sensual, empathetic and delicately depicted, “Call Me By Your Name” is unrelenting in its ability to overpower the viewer with heart-touching atmosphere. Following two men – one 17, the other 24 – as they fall in love over a summer, the film is patient in how it expresses this love, juxtaposed nicely with Elio’s (Timothée Chalamet – revelatory) impatience. Determined to make its audience feel as loved as its leads and then equally as heartbroken, despite the lack of gunshots, capes, horror or jump scares, “Call Me By Your Name” is one of the year’s most visceral cinematic experiences.

“Mudbound.” Dee Rees has created one of our greatest cinematic tragedies of the decade with a film that is blistering, bruising and a convergence of talents so perfectly measured it will leave you speechless as the credits roll. Jason Mitchell and Garrett Hedlund give two of the most magnetic performances of the year as returned soldiers, one realizing that the glory he faced in war didn’t follow him home where prejudice and violence racism remained rampant, the other suffering from PTSD before it had a name. Beautifully shot and possessing some of the most devastating moments you’ll see in film this year, “Mudbound” is a masterpiece.

“Get Out.” Comedy Central’s Jordan Peele’s directorial debut smartly samples familiar constructs from “Guess Who’s Coming to Dinner,” “The Stepford Wives” and even “The Wicker Man” and rebrands them in rolling, bucolic hills where all the upper-crust whites have zombified African-Americans as house- and grounds-keepers. Something’s not right, and just how wrong things are gets exposed when one family’s daughter (a sassy Allison Williams) brings her beau (Daniel Kaluuya) – who is black – up to the lake to meet the parents. The biting subtext on race and class is spot on, and Kaluuya delivers a breakout performance.

“The Post.” There’s lots of great lineage and nostalgia in this reflective effort from Steven Spielberg detailing the struggles of The Washington Post to stay afloat before the big Watergate scoop. At the core are the leaked Pentagon Papers and freedom of the press. Screenwriters Liz Hannah and Josh Singer (who won an Oscar for his work on “Spotlight”) keep the minute details of journalistic pursuit riveting as Tom Hanks and Meryl Streep bring the bigger crisis of conscience to the fore as Post editor Ben Bradlee and paper owner Kate Graham. The veteran actors play off each other seamlessly, and the film gets big boosts from Bob Odenkirk as reporter Ben Bagdikian and Bruce Greenwood as former Secretary of Defense Robert McNamara.