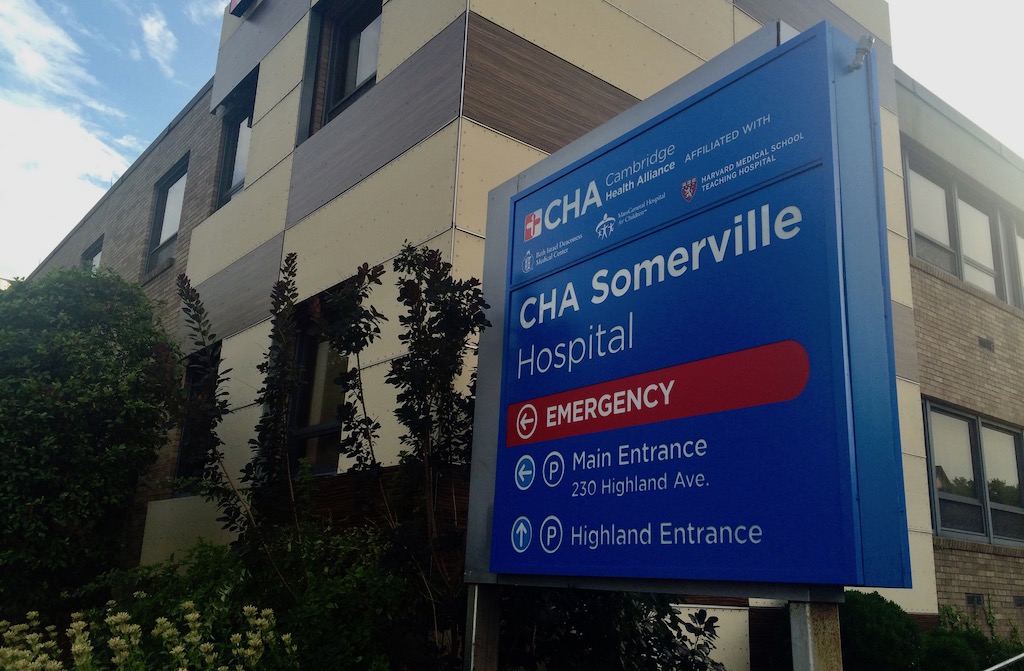 The husband of the woman who died after searching in vain for the entrance to the Somerville Hospital emergency room two years ago says no one at the hospital told him the full story of how his wife collapsed just feet from the main hospital entrance, unseen by a nurse who peered briefly outside the door.

Peter DeMarco of Somerville described the myriad errors that led to the death of his wife, Laura Levis, in an article published in the Boston Globe’s magazine Nov. 4. Cambridge Day carried a story about the case on Jan. 2, but the Department of Public Health report of the mistakes – the only information available at the time – didn’t include names.

Levis was suffering an asthma attack when she climbed the hill leading to the hospital in the early morning hours of Sept. 16, 2016. She tried one door to the emergency room but it was locked; then she called 911. A dispatcher called the emergency room to say a woman seeking help was outside, but the nurse didn’t see Levis. When EMTs arrived, Levis’ heart had stopped. She died seven days later. 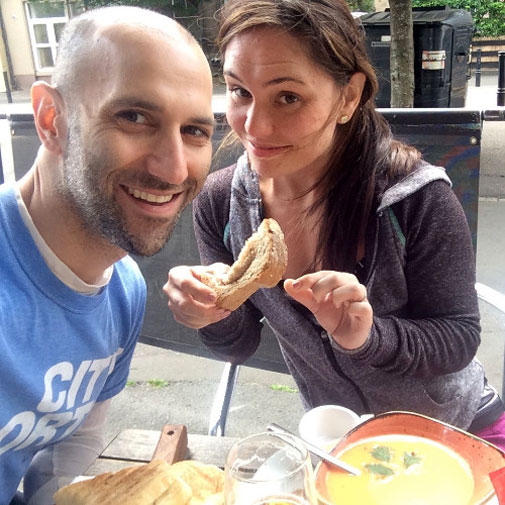 “As I spell out in the [Globe] story, I was led to believe that Laura had never made it to the ER, that she had never come close to it; she had collapsed on the street leading to the hospital or perhaps in a back parking lot,” DeMarco said in an interview with Cambridge Day.

“I was told that when I got to the ER [the night of the incident],” De Marco said. “No one at Cambridge Health Alliance ever told me otherwise.”

In a statement late Wednesday, the Alliance said it “did not meet our own high standards for transparency and accountability with Mr. DeMarco and Ms. Levis’ family. It should not have taken an event like this for us to identify and resolve a number of structural, training and communication issues.”

“In this instance, we could have done better, and we will do better. There are no words to effectively express our sorrow over the loss of Ms. Levis. More importantly, for the role we played in compounding her family’s grief, we are deeply sorry,” the statement said.

The Alliance has improved signs, lighting and access to the Somerville Hospital emergency room, bettered communication and cooperation between emergency room clinical staff and guards and increased education about the federal law requiring treatment of people who come to the ER, the statement said. These items were included in the health care system’s plan of correction submitted to the state health department in 2017.

Last year, its spokesman, David Cecere, would not answer any specific questions about the case and did not issue any apology.

Getting the full story

DeMarco learned the full story of what happened from a report by Somerville Police Detective James Slattery. Levis’ uncle requested the report after feeling mystified by her death, the Globe article said.

“Were it not for [Slattery] writing a report about where he found Laura, I would never have known,” DeMarco told Cambridge Day. After finding out, DeMarco obtained the medical records of his wife’s treatment. “It said she was found in cardiac arrest on the sidewalk,” but did not specify where, he said. The report also said “she was having trouble finding the ER.”

“That was one sentence in 150 pages or more of medical records,” DeMarco said.

Until the Alliance statement Wednesday, the Alliance had not answered DeMarco’s questions, he said. “I have repeatedly asked them to answer questions about Laura’s care and about what they’re doing to make sure this never happens again,” he said.

In December, the Alliance agreed to pay a fine of $90,000 to the Department of Health and Human Services in relation to Levis’ treatment. The fine settled allegations that the health care system violated a federal law that requires federally funded hospitals to assess, treat or stabilize anyone who comes to the emergency room. The Alliance said it was not admitting wrongdoing and had argued that it didn’t violate the law – because Levis did not enter the emergency room.