A week of events in Cambridge, Somerville: Valhalla feast, Grolier fundraiser and more 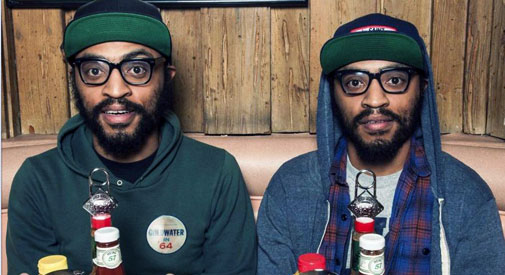 A week of events in Cambridge, Somerville: Valhalla feast, Grolier fundraiser and more

Massmouth Story Slam on “Flying Solo” from 7 to 9 p.m. at Club Passim, 47 Palmer St., Harvard Square. General admission is $12. Five-minute, true short stories about going it alone – whether to a party, on a flight or another story of independence. Information is here.

“Othello” from 7:30 to 10:30 p.m. (and playing through Feb. 9) at the Loeb Mainstage, 64 Brattle St., Harvard Square. Tickets are $25 or $55. This tale of fatal bigotry and xenophobia from Shakespeare, via an imported (and acclaimed) production by the Oregon Shakespeare Festival and director Bill Rauch. It’s been playing for a while and continues for a while – but most performances already have either limited seating or are already sold out. Today’s performance is considered more open than most by the box office, but that’s not saying much. Information is here.

“Sorry to Bother You” and “Blackkklansman” double feature starting at 4:30 or 7 p.m. at The Brattle Theatre, 40 Brattle St., Harvard Square. General admission is $11.50. After the national holiday honoring Martin Luther King Jr. come two films delving into the matter of race and social injustice in America. On the undercard is “Blackkklansman,” Spike Lee’s edgy yet endearing semi-real-life tale of a black FBI agent (Denzel’s son David Washington) who infiltrates the KKK – it made our top 10 of 2018. Part of what gets that FBI agent in is his ability to project a “white voice” on the phone, which is also the key to seeming success  in Boots Riley’s hilariously irreverent social satire, “Sorry to Bother You.” Information is here.

GrownUp StoryTime from 7 to 8 p.m. at Aeronaut Brewing, 14 Tyler St., near Union Square, Somerville. Free. Expect tales of parties gone very right or very wrong at this storytelling telling – like storytime before bed, except this replaces a loved one with a weird stranger, warm milk with craft brews and your bedroom with Aeronaut’s tap room. Short fact, fiction and other material written by the community is handed to performers to see what happens. Information is here.

Lucas Brothers comedy at 8 p.m. at Once Lounge + Ballroom, 156 Highland Ave., Somerville. Tickets are $22 for this 18-plus show. Check out the work of comedians, actors and writers Keith and Kenny Lucas – you might recognize them from their recurring roles during Maria Bamford’s “Lady Dynamite” series, their own animated series “Lucas Bros. Moving Co.,” an appearance in “22 Jump Street” or just doing comedy, including in the 2017 Netflix special, “The Lucas Bros: On Drugs.” Information is here.

Yvonne Daley reads from “Going Up The Country” from 7 to 8:30 p.m. at Porter Square Books, 25 White St., Porter Square. Free. Daley tells how a generation of hippies, dreamers, freaks and radicals transformed Vermont and were transformed themselves, including Bernie Sanders, Ben & Jerry and Howard Dean, as well as unsung heroes who helped end the Vietnam War, lead the women’s movement, pass the nation’s first civil union law and transform a dying agricultural state into a leader in organic food and the farm-to-table movement – and still decide town and city issues democratically at town meetings each March. Bring your own back-to-the-land stories and wear your love beads. Information is here.

The Studio Jazz Session from 10:15 to 11:30 p.m. at The Comedy Studio, 1 Bow Market Way, Union Square, Somerville. Free. The studio and its Variety Bar re-spark the racy, long-term relationship between jazz and comedy with a late-night hang after Thursday comedy shows! Brett Walberg and Miguel Landestoy play; Rick Jenkins does standup between jazz sets. Information is here.

Poetry reading with Susan Barba and Peter Balakian from 7 to 10 p.m., in the Mount Vernon Ballroom at the Sheraton Commander Hotel, 16 Garden St., Harvard Square. Event free tickets start at $100, with donations requested. Pulitzer Prize-winning poet Balakian and poet and senior editor for the New York Review Books Barba (pictured) read from their work, reflect on poetry and its relationship to trauma, collective memory and the poem’s engagement with history in this fundraiser for the historic Grolier Poetry Book Shop in Harvard Square. There will be a reception with hors d’oeuvre and a cash bar. Information is here.

Neil Simon’s “Rumors” from 8 to 10 p.m. (and continuing Saturday) in the Massachusetts Institute of Technology’s W97 Theater, 345 Vassar St., Area II. Free. Director Eryn Gilliam and the MIT Shakespeare Ensemble perform Simon’s 1988 farce about crisis management and gossip during a four-couple dinner party at which the deputy mayor of New York lies bleeding in another room after a failed suicide attempt. Information is here.

Graffiti Alley Cypher from 8 to 11 p.m. in Graffiti Alley, across from Pearl Street on Massachusetts Avenue, Central Square. Free. Bridgeside Entertainment presents hip-hop artists performing organized recordings as well as going open-format for the public in Central Square’s most colorful and iconic location. Information is here.

“The Girl Who Leapt Through Time” from 3 to 4:30 p.m. at the Harvard Film Archive at The Carpenter Center, 24 Quincy St., Harvard Square. Tickets are $5, or free with a current Cambridge Public Library card, and are available starting at 2:15 p.m. outside the screening room. This 2006 science fiction romance anime directed by Mamoru Hosoda begins as a wish-fulfillment fantasy of avoiding responsibilities, then becomes a weightier exercise in morality as time traveling teen Makoto is forced to reckon with the results of her actions – including some life-or-death consequences. Recommended for ages 12 and onward, this matinee film has an audience score of 90 percent on Rotten Tomatoes. Information is here.

Once in Valhalla 10-course feast from 7 p.m. to 1 a.m. at Cuisine en Locale, 156 Highland Ave., Somerville. General admission is $100 (with fees, $107.72). This ninth annual Scandinavian feast by J.J. Gonson features 10 locally sourced courses, including roasted lamb, goat stewed in mead with root vegetables, cheesy oat porridge with smoked ham, and a smorgasbord of housemade liverwurst, brined vegetables and oat biscuits – this feast lasts for hours. Costumed servers and Norse-themed entertainment, featuring live music and other theatrics, helps justify the expense, but this meal will be remembered long after you’re done paying it off. Information is here.

Off-Mic comedy night from 8 to 10 p.m. at Gallery 263, 263 Pearl St., Cambridgeport. There is a suggested donation of $10 at the door, benefiting the Pine Street Inn homeless shelter. This neighborhood art gallery is so intimate that amplification is often unnecessary – and without a microphone, a barrier between performer and audience is knocked down, helping give audience members a behind-the-scenes look at the creative process of performing. Comics coming to the stage include Sam Ike, Ian Barton, Cher Lynn, Jiayong Li, Matt Kona and Katlin McFee (pictured). Beer and wine will be available. Information is here.