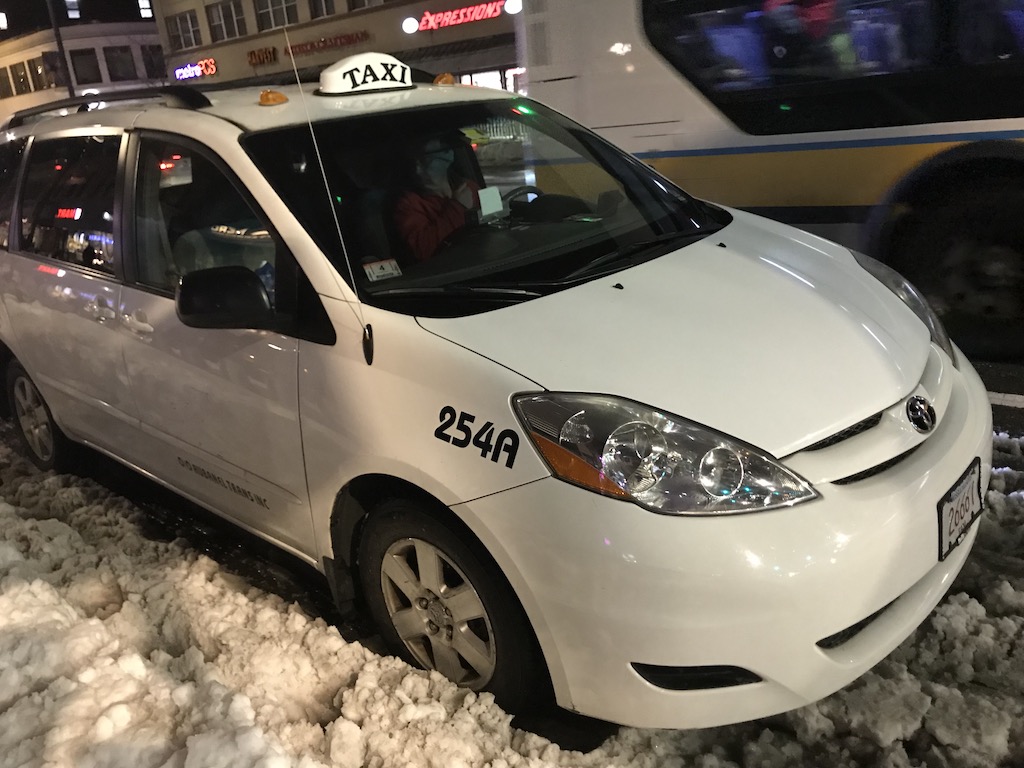 Taxi drivers in Cambridge seek to claw back ground lost in the past few years to Lyft and Uber drivers. (Photo: Marc Levy)

More conversation is needed before ride-share companies such as Lyft and Uber get access to taxi stands, city councillors agreed Monday. The idea, floated Feb. 11 by the city’s Traffic, Parking & Transportation Department as a way to help get stopped cars out of traffic as they pick up riders, will have to go to a Transportation Committee hearing first.

Discussion was overall sympathetic to cab drivers and skeptical toward the so-called transportation network companies, which are widely seen as worsening traffic in cities such as Cambridge, Boston and New York.

“In hindsight,” the approach taken by the city a few years ago when regulation first came up “probably wasn’t as wise as it could have been,” vice mayor Jan Devereux said Monday. While describing herself as a user of both taxis and TNCs and promising no outcomes, she said she favored more discussion among councillors and city staff and more input from taxi drivers to take place in the committee she leads. 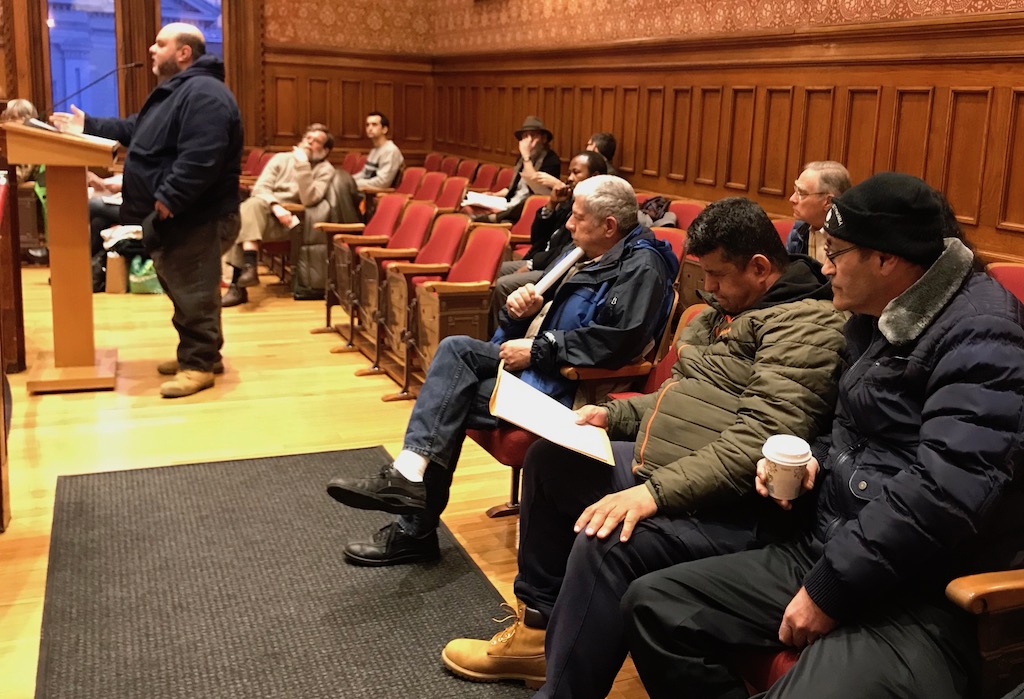 The idea was endorsed quickly by councillors Sumbul Siddiqui, Alanna Mallon and E. Denise Simmons – agreeing the topic was overdue for reexamination, and with Simmons adding that “maybe more than one” conversation was needed about regulating TNCs “before we take away taxi stands.” (The current proposal would let drivers for Lyft and Uber use some taxi stands for passenger pickup but not let them wait there to be summoned, and it would not take away taxi stands.)

Several drivers from the Cambridge Taxi Drivers Owners Association appeared Monday with ideas of their own.

In addition to seeking state permission for Cambridge to set its own limits on how many drivers and vehicles are registered to pick up and drop off passengers within city limits, they want strict enforcement of interloping drivers – including those in out-of-town cabs – and boosts for their profession: the return of cab stands taken away at the Massachusetts Institute of Technology and Cambridge Hospital; stands at all new hotels, and new branding for taxis on the stands and cars, as well as links from city-sponsored websites or social media; and grants or no-interest loans to buy vehicles to be used as licensed taxis within the city.

A ride-hailing app for taxis is in use in New York and on the way here, the drivers said – ideally to fare better than the Origa app released in 2015 by brothers and Cambridge taxi drivers Prabhdeep and Paramveer Singh. The app never caught on, and is no longer available for download.

“The city has lost 40 to 50 percent of its taxi fleet. The industry is at almost nothing,” driver and  association leader Mohannad Mallak said during the meeting’s public comment period. There are more than a quarter-million drivers of Lyfts and Ubers in Cambridge, Boston and Brookline, “pushing the taxi industry to the edge [of] putting it out of business forever.”