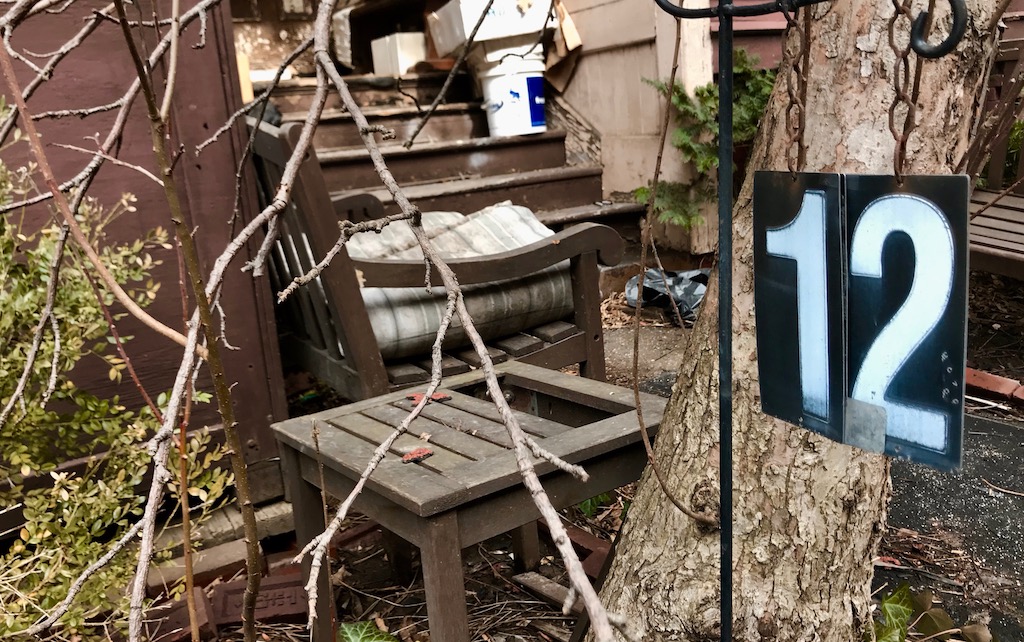 A purchase and sale agreement can go forward for the long-empty 12-unit building at 12 Arnold Circle, a judge has said. (Photo: Marc Levy)

A judge’s order last week could open the door to the development of a deteriorating building in Mid-Cambridge after three years of court battles. The Thursday ruling by Middlesex County Superior Court Judge Maureen Hogan cleared a tangle of legal barriers that had prevented a Danvers developer from buying the 12-unit building at 12 Arnold Circle.

Hogan ordered the court-appointed receiver in charge of the property, Woburn attorney Daniel McAuley Jr., to carry out a February purchase and sale agreement between building owner Kenneth Krohn and and developer Edward Doherty.  Doherty will pay $4.6 million for a building that Krohn bought it in 1974 for $95,000.

In an example of the legal logjam that was delaying a sale, McAuley had previously said he could not sign the agreement without a court order, while Doherty warned that his title to the property might be in jeopardy unless the receiver signed.

Still undecided is the issue of whether the new development must include two affordable units. Krohn and Doherty want a court to overrule the city’s decision that the project must comply with the affordable housing ordinance requiring 20 percent affordable units in new housing. If they win, Doherty will pay Krohn a $1 million bonus. The sale can proceed while the issue is pending.

An earlier sale agreement, to developer Sean Hope, foundered after the Board of Zoning Appeals upheld the city decision that new construction must include affordable units.

Krohn and his wife had lived in the building for decades alone, piling up an extensive collection of books, papers and other possessions. In 2011 city inspectors ordered him to clear it out and correct other violations after they found the space filled to the brim with his items, as well as structural defects.

Krohn said he couldn’t afford to meet the city’s deadlines. After he didn’t adhere to a correction agreement, the city went to court in 2016 to force him to comply. The building has been the focus of cases in three courts since, and is still in two courts. Krohn and his wife moved out, to an apartment near Fresh Pond, after the city ordered utilities turned off in 2012.

Neighbors in Arnold Circle, a cul-de-sac with buildings close together, watched as trash piled up and conditions worsened. Last May a rotten tree on Krohn’s property fell in heavy wind, damaging two adjacent properties. Some repairs were covered by condo owners’ insurance, but residents said no one has responded to their request to have their deductibles reimbursed.

The city opposed the sale to Doherty originally because the agreement didn’t require him to start cleanup for as long as six months. At a court hearing April 10, Doherty’s attorney said the developer would begin remediation as soon as the sale closed and the city dropped its opposition. But assistant city solicitor Paul Kawai said Cambridge still wanted a court order outlining commitments made in court. Hogan ordered the parties to agree on a proposed order, and she would sign it. Presumably the Thursday order was the result.

The order gives Krohn up to 90 days to remove his possessions from the building. Then the sale would close and Doherty should begin cleanup. The order gives McAuley or a successor receiver the power to complete the cleanup if Doherty doesn’t meet his obligation.

Krohn filed court papers asking Hogan to overrule the city on the affordable housing issue. The judge indicated at the April 10 hearing that the sale and cleanup was paramount. Krohn and Doherty have also filed suits in Land Court seeking to overrule the city decision; Krohn is arguing that the affordable housing ordinance is an illegal return to rent control.

Krohn has represented himself in court. His career includes groundbreaking work in mathematics and a successful software business in the 1970s, and also a three-year federal prison term for extortion. He graduated from law school and passed the bar exam, but authorities refused to let him practice law in Massachusetts partly because of his criminal record.