A week of events in Cambridge, Somerville: Magliozzi plaque, OutpostFest, much more 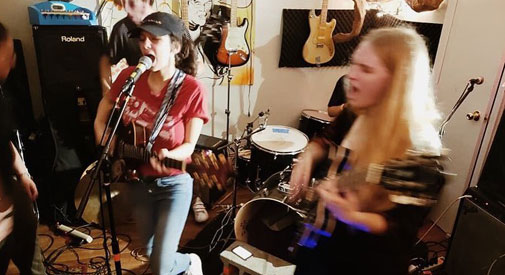 A week of events in Cambridge, Somerville: Magliozzi plaque, OutpostFest, much more

“Local” authors panel from 7 to 8:30 p.m. at Porter Square Books, 25 White St., Porter Square. Free. This monthly panel this time features “honorary locals” with ties to the area. Reuters’ Joseph Menn explores the origins of hacktivism in “Cult Of The Dead Cow: How the Original Hacking Supergroup Might Just Save the World,” with oddball characters that include former member Beto O’Rourke; Nicholas Mancusi brings his debut novel, “A Philosophy of Ruin,” a nail-biter with a tang of nihilism and philosophy that was chosen by Time magazine as a Best Book for Summer; and Cathryn J. Prince shows far far (and high) a woman could go in the Victorian era with the biography “Queen of the Mountaineers: The Trailblazing Life of Fanny Bullock Workman” (pictured). Information is here.

Somerville Youth Arts Festival from 5 to 8:30 p.m. at the Mystic Learning Center, 530 Mystic Ave., Somerville. Free. It’s the second year for this all-ages event featuring a poetry slam, art gallery, drag and rap performers and a literary component, as well as food, field games such as a three-legged race and water balloon toss, and basketball and Super Smash Bros. contests. The festival is sponsored by the Massachusetts Cultural Council, Somerville Arts Council and Mystic Learning Center. Information is here.

Ben Tolkin at the Boston Poetry Slam, from 7:15 p.m. to midnight at The Cantab Lounge, 738 Massachusetts Ave., Central Square. There’s a $3 cover for this 18-plus show. The poet nerds out on fonts, old maps, the Internet and obscure historical figures after an hour of open mic starting at 8 p.m. Information is here.

OutpostFest from 7:30 to 11:30 p.m. (and continuing Thursday and Friday) at Outpost 186, 186.5 Hampshire St., Inman Square. There’s a $5 to $10 suggested donation at the door for this all-ages event. A music festival featuring acts from the Citizens Loft studio and others, including The Radiant Obscurity Collective, Mogo, Salty Greyhound, The Hello Stranger, Sydney Fay, Raavi & the Houseplants (pictured) and Chelsey Meyer. Information is here.

“F for Fake” at 5 and 9:30 p.m. at The Brattle Theatre, 40 Brattle St., Harvard Square. General admission is $12. The wonderfully ramshackle 1973 pseudo-documentary, pseudo-meta-contemplation from Orson Welles about forgery, fakery, sleight of hand and illusion concludes the “Eyes of Orson Welles” series, with multiple screenings of the same-named documentary (on a double bill with “Fake”) by Mark Cousins about the iconic filmmaker. Many Welles collaborators – Laurence Harvey, Joseph Cotten and Oja Kodar – join in the hypnotizing endeavor that changes alluringly as it goes. Information is here. (Contributed by Tom Meek.)

Reading Frederick Douglass Together from 7 to 8:30 p.m. at Bow Market, 1 Bow Market Way, Union Square, Somerville. Free, but register here. All are invited to read Frederick Douglass’ famous Fourth of July address together, with a reception and fireworks to follow – this is the day Somerville celebrates the Fourth. Sponsored by Mass Humanities, the Somerville Museum and Bow Market. Information is here.

“Reagan Esther Myer” [Dystopian Multimedia One-Woman Show] from 7 to 9 p.m. (and repeating Friday, Saturday and Sunday) at The Center for Arts at the Armory, 191 Highland Ave., Somerville. General admission is $25 (with fees, $27.54). Theater, live music and video tells the tale of a speculative future in which people are controlled by ThotBot brain implants, created by and starring Rebecca Kopycinski – who describes it as “if Black Mirror made a musical episode but on stage with a choir of mannequins singing backup.” Information is here.

“Medusa: Reclaiming the Myth” from 7:30 to 9:30 p.m. (and returning July 25 and Aug. 22) at the Museum of Science, 1 Science Park, Boston, on the Cambridge border. Tickets are $15 in advance; $20 day of event. Brian King and his cabaret band What Time Is It, Mr. Fox? retell the Medusa tale for the modern era, reclaiming underlying themes of female empowerment, cunning, collaboration and triumph, in an animated audio play directed by Eileen Little. An opening night reception follows with cash bar, complimentary light bites and conversation with the creative team. Information is here.

Countertop Chants poetry open mic from 8 to 10 p.m. in the Canopy Room at Bow Market, 1 Bow Market Way, Union Square, Somerville. Free. There are 10 spots for poetry reading, and a musical or artistic break midway through. Information is here.

A Revolution of Her Own! Deborah Sampson from 9 to 10:30 a.m. at a location shared with registrants. Free, but registration is required by emailing info@HistoryAtPlay.com. Judith Kalaora chronicles the lives of influential and often forgotten women – in this case, Deborah Sampson, who bound her chest, tied back her hair and enlisted in the 4th Massachusetts Regiment of the Continental Army as “Robert Shurtleff.” Information is here.

Tom Magliozzi commemorative plaque dedication, at 5:30 p.m. in Brattle Plaza, Hahvahd Squayah. Free. Magliozzi, the Massachusetts Institute of Technology-educated auto mechanic who partnered with brother Ray to host the NPR radio show “Car Talk,” will be honored with a plaque in a ceremony that includes speeches from Magliozzi himself, producer Doug Berman and others, followed by an open mic for sharing “Car Talk” stories, a beer garden, free pasta and meatballs and dancing to the Blue Suede Boppers. Along with the dedication comes news of the preservation in perpetuity of the “Dewey, Cheetham & Howe” production company sign the brothers put up decades ago in the window of 5 JFK St. Information is here.

Poetry Reading with Seema Reza and Brandon Melendez from 7 to 8:30 p.m. at The Harvard Coop, 1400 Massachusetts Ave., Harvard Square. Free, but register here. including an opening by comedian Amelia Bane. Washington, D.C.-based Reza tries to reconcile the pleasure of being alive while living on a collapsing planet in this year’s “A Constellation of Half-Lives” collection; Californian Melendez has fascinations ranging from heritage and family to grief, music and mental illness in his 2019 debut poetry collection, “Gold That Frames the Mirror”; and Brooklyn comedian Amelia Bane is along for the ride. Information is here.

Dancing on the Row from 6 to 9 p.m. on Assembly Row, 340 Canal St. (between the Loft and J.P. Licks), Assembly Square, Somerville. Free. Latin dance such as merengue, bachata, salsa or denbow starting with a half-hour class for beginners. Information is here.

Cambridge Dance Party from 7 to 11 p.m. at City Hall, 795 Massachusetts Ave., Central Square. Free. The free annual Cambridge Dance Party that started with only 500 attendees in 1996 will likely have more than 30,000 this year, when it takes its place in front of City Hall on streets closed to traffic. A DJ will spin, and a colorful light show begins as dark falls. Information is here.

“Reagan Esther Myer” [Dystopian Multimedia One-Woman Show] from 7 to 9 p.m. (and repeating Saturday and Sunday) at The Center for Arts at the Armory, 191 Highland Ave., Somerville. General admission is $25 (with fees, $27.54). Information is here.

“Hidden Figures” weekend matinee at 3 p.m. at the Harvard Film Archive at The Carpenter Center, 24 Quincy St., Harvard Square. Tickets are $5, or free with a current Cambridge Public Library card, and are available starting at 2:15 p.m. outside the screening room. In collaboration with Houghton Library’s celebration of the moon landing’s 50th anniversary comes a screening of “Hidden Figures,” one of the best films of 2016. The historical rewind tells of three African-American “computers” (Taraji P. Henson, performer Janelle Monáe and Oscar winner Octavia Spencer) working on the Mercury program at NASA’s Langley facility in the segregated South just as the Rev. Martin Luther King Jr. was sowing the seeds for civil rights protests. Information is here. (Contributed by Tom Meek.)

Brazilian Festival/Festa Junina from 5:30 to 11:30 p.m. at Saint Anthony Parish, 400 Cardinal Medeiros Ave., Wellington-Harrington. Free, but donations are welcome and registration is here. The Brazilian community hosts its 26th festival of culture, dance and food. The event draws some 2,000 people; the free parking lot is first-come, first-served. Information is here.

Night (Insect) Life at Fresh Pond from 8 to 10 p.m. starting at the entrance to the Lusitania Woods where the bike path connection meets Concord Avenue across from Wheeler Street, Alewife. Free, but registration is required here so organizers can communicate what to wear and bring. Learn directly from the Earthwise Aware project entomologist and help gather data on insects and other arthropods (spiders and mites, for example) for entry on global databases that that can affect policies for wildlife and ourselves. Information is here.

“Reagan Esther Myer” [Dystopian Multimedia One-Woman Show] from 7 to 9 p.m. (and repeating Sunday) at The Center for Arts at the Armory, 191 Highland Ave., Somerville. General admission is $25 (with fees, $27.54). Information is here.

Silent Film Club: “Safety Last” from 7:30 to 10:30 p.m. at Aeronaut Brewing, 14 Tyler St., near Union Square, Somerville. General admission is $10, but seating is limited. When talking about the killer physical comedy of the silent era, Keaton and Chaplin roll off the tongue easily – but right up there with those two was Harold Lloyd, most indelibly known for this 1923 film in which the actor/director hangs from the hands of a clocktower tens of stories up. No CGI, no stunt doubles and little failsafes means the stunt gets you in the gut. Catch Lloyd’s harrowing masterpiece with a live accompaniment by silent film musician Jeff Rapsis. Information is here. (Contributed by Tom Meek.)

Schoolyard Poetry Slam from 7:30 p.m. to 1 a.m. at The Lizard Lounge, 1667 Massachusetts Ave., between Harvard and Porter squares. Admission is $10. Lizard Lounge MVP (Most Valuable Poet) Michael W. Bonds has been challenged by Lizard King Abioseh Joseph Cole to take turns picking a team of eight poets to do battle. The winning team gets $200 or more (based on attendance). Information is here.

“Reagan Esther Myer” [Dystopian Multimedia One-Woman Show] from 4 to 6 p.m. at The Center for Arts at the Armory, 191 Highland Ave., Somerville. General admission is $25 (with fees, $27.54). Information is here.