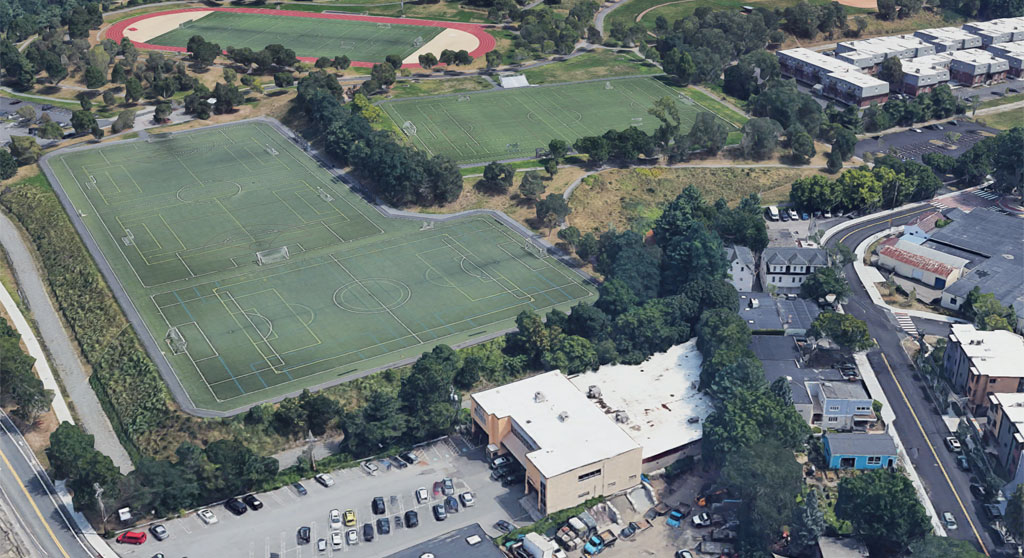 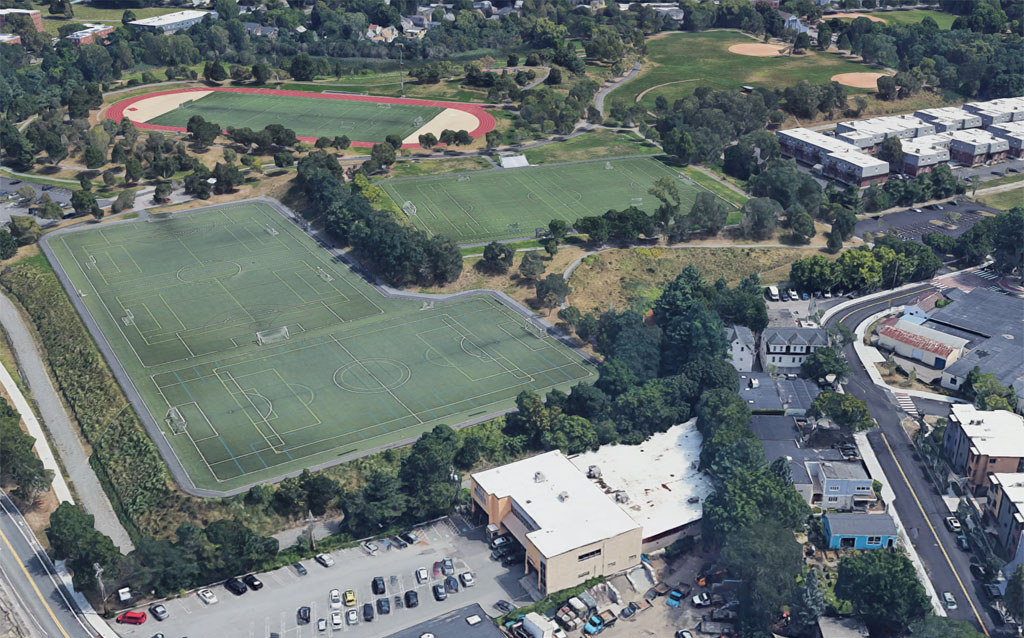 The parcel at 52 New St. – the building and parking lot seen at bottom – will not become a self-storage facility, according to a Thursday press release. (Photo: Google)

The 52 New St. site next to Danehy Park will not become a self-storage building, SSG Development announced Thursday, and may be developed to become solely affordable housing – an outcome mentioned and hoped for in a Sept. 16 vote by city councillors.

“SSG has determined to release the site and focus on their other self-storage and mixed-use developments already underway in Newton, Needham and Jamaica Plain,” company partner George Bachrach said in a Thursday press release. “Just-a-Start has now proposed building an affordable housing development on the site.”

Bachrach’s project ended in a 2-7 vote after months wrangling with the details of a self-storage facility, small gym and 22 units of affordable housing by SSG Development and Just-a-Start, a nonprofit housing developer – itself the second version of a plan for the site, but one that still didn’t satisfy planners or elected officials. “The Planning Board rejected this thing hands down, and now we are spending staff time and valuable council time to try to make a deal work that isn’t in our interest,” vice mayor Jan Devereux said in September, calling for an immediate vote on the requested zoning after receiving images of the parcel with no affordable housing – which she and other councillors took as something of an ultimatum.

The land’s proximity to Danehy Park, Fresh Pond and shopping made it “an ideal location for housing. And I am confident that the site would be attractive to a housing developer,” Devereux said, betting that SSG would not be able to make the financing work on its own, and that the images the company had sent didn’t reflect a realistic deterrent to a “no” vote.

Five weeks later, the bet seemed to have paid off, with even more affordable housing a possible outcome.

“I would be pleased to see the site redeveloped as affordable housing. I never felt that self-storage was appropriate as the primary use for a parcel abutting Danehy Park,” Devereux said Thursday.

But noting that the popular Evolve gym wasn’t included in Bachrach’s press release, she said it was “sad for the community to lose a very popular and relatively affordable fitness center that serves people of all ages and incomes.”

“The ideal outcome would be to combine housing and fitness in the development, since they are complementary uses needed in the area,” she said.

Evolve appeared before the Planning Board on Tuesday to support a zoning proposal nearby in the Alewife Quadrangle, where it might move in alongside a climbing gym and other businesses by a bridge across the area’s train tracks.

Just-A-Start didn’t respond immediately Thursday to a request for comment.

Here is the complete press release from SSG Development:

SSG Development announced it will not develop the parcel at 52 New St. for a self-storage building. SSG Development had proposed a mixed-use development including self-storage space in the rear, with 22 affordable residential units fronting onto New Street, the residential units to be owned and managed by the nonprofit Just-a-Start. The 22 units would have represented almost a third of the city’s goal for new affordable units in 2020. The building would also have included the Evolve gym, as well as the largest private solar array and zero net energy building in the city. The mixed use project was supported by the state Affordable Housing Alliance and by [environmental groups]. While the project had majority support on the City Council, it did not achieve the two-thirds majority required for approval. Since the property is zoned for self-storage, SSG considered building a smaller, single-use storage building as of right.

Instead, SSG has determined to release the site and focus on their other self-storage and mixed use developments already underway in Newton, Needham and Jamaica Plain. Just-a-Start has now proposed building an affordable housing development on the site. SSG’s decision was reached after Mayor Marc McGovern’s strong advocacy to SSG for additional affordable housing in the city. “Without Mayor McGovern’s leadership on behalf of the neighborhood and the city for more affordable housing, this outcome would not have happened,” noted George Bachrach on behalf of SSG. In addition, SSG noted City Council Ordinance Committee chair Dennis Carlone’s efforts to design a mixed-use concept which included affordable housing, as well as councillor Quinton Zondervan’s advocacy to include solar energy and a zero net energy development. Councillors Tim Toomey and E. Denise Simmons, who also supported the earlier proposal, urged SSG to respond to neighborhood interests, including free storage for low-income families in transition and storage for youth athletic leagues using Danehy Park.