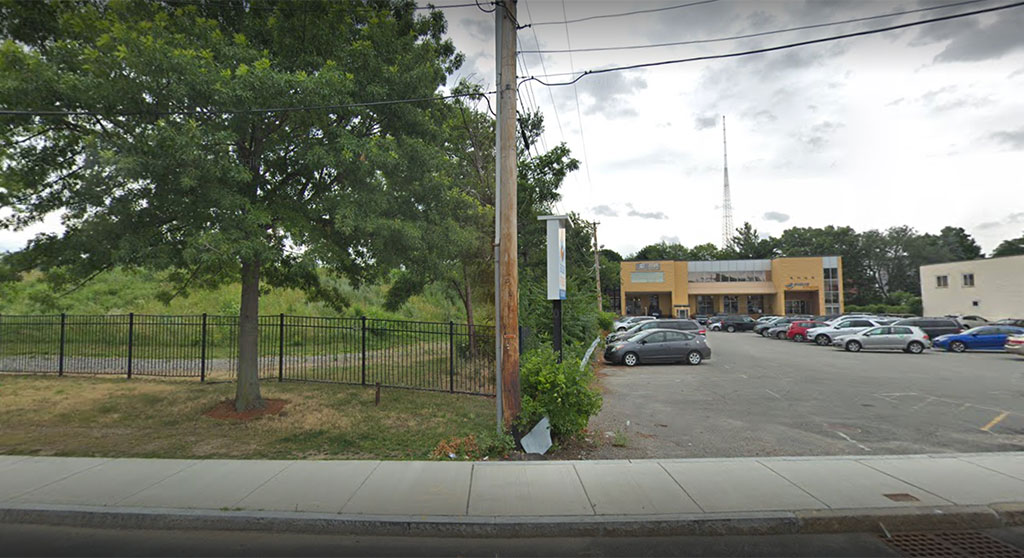 Future affordable housing on New Street is next to Danehy Park in Neighborhood 9. (Photo: Google)

Between 80 and 120 units of affordable housing are planned for 52 New St., next to Danehy Park, said Craig Nicholson, director of real estate acquisitions for the nonprofit developer Just-A-Start.

The 43,800-square-foot site in Neighborhood 9 was purchased in January for around $9.3 million – surely below the market value that could have been realized by Joanne Pizzuto, head of the family trust that owned the land. “There was definitely a component of her belief in our mission and believing that the price we settled on was enough,” Nicholson said. “I think she also realizes that if she had gone to full market and done the bidding process, it could have been higher.”

“It was a nice transaction,” Nicholson said.

With design work yet to begin, Just-A-Start has only tentative plans to break ground in 2022 at the earliest and possibly in 2023, which would bring allow move-in into the new units of affordable housing in 2025, Nicholson said. (The nonprofit is already engaged in adding 100 units of lower-income family housing and an education and job training center nearby at its Rindge Commons complex.)

Last year saw efforts to use the land for a self-storage facility, small gym and 22 units of affordable housing by SSG Development and Just-a-Start, then a partner in the project. The zoning for that project was shut down in a 2-7 vote led by then vice mayor Jan Devereux – something of a bet that SSG wouldn’t be able to follow through on a threat to go fully commercial by building as current zoning allowed. In October, the bet paid off and the self-storage developer backed away.

The land’s proximity to Danehy Park, Fresh Pond and shopping made it “an ideal location for housing. And I am confident that the site would be attractive to a housing developer,” Devereux said at the time.

The popular Evolve gym in business on the New Street site has been given a new lease through 2021 “so they have two years of secure and stable operating window,” Nicholson said. There are no commitments for the gym beyond that, though the owners of Evolve have expressed interest in a project seeking zoning not far away in the Alewife Quadrangle area.