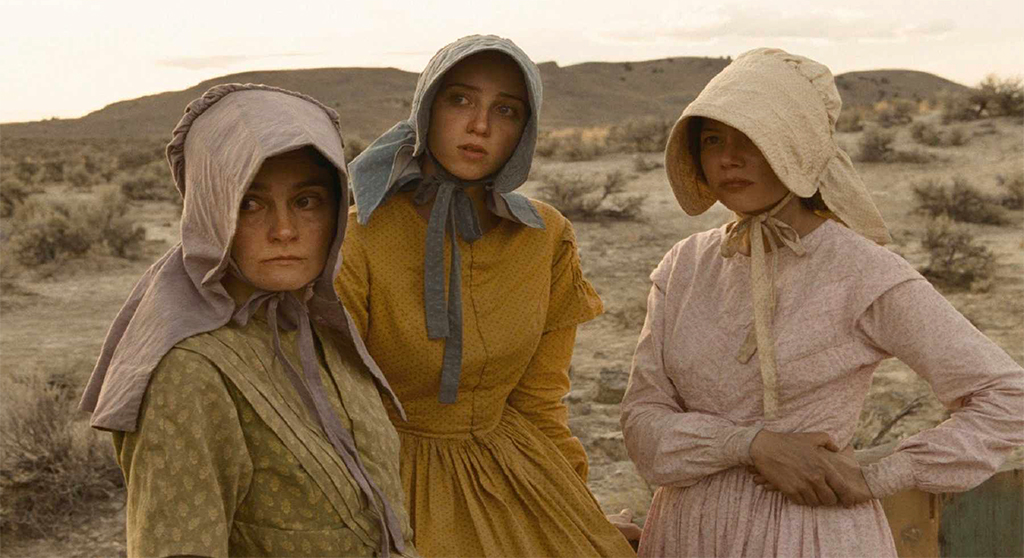 My ancestor and one cutting-edge filmmaker

Miami-born filmmaker Kelly Reichardt (“Wendy and Lucy,” 2008), known for her minimalist style and Pac-North settings, dialed back the clock in 2010 with “Meek’s Cutoff,” about a pioneer party crossing the Oregon desert that’s something like “Waiting for Godot” by way of the Donner party. This earlier Meek is Stephen (Bruce Greenwood), an East Coast-born mountain man who leads his clients devastatingly astray. (You may already know brother Joseph, appointed marshal of the Oregon territory by friend President James Polk and a subject of Ken Burns’ “The West.”) The film runs Monday night as part of the Harvard Film Archive’s focus on Reichardt’s brilliant but under-the-radar career, “Traveling Light, the Films of Kelly Reichardt.” Also on the program are the ecoterrorist yarn “Night Moves” (2013), not to be confused with the 1975 crime thriller by Arthur Penn, and “Certain Women” (2016), based on the book by Maile Meloy, which tells a trilogy of female struggles and stars Laura Dern, Kristen Stewart and Reichardt’s alter-ego, Michelle Williams.

Nic out of his Cage; almost perfect murder movies

If Super Tuesday primary jitters have you on edge, perhaps the cure is “Color Out of Space” at The Brattle Theatre, because nothing is more jittery and off the wall than Nic Cage in an Lovecraftian “foray into the freaky with some genuinely glorious hambone-gnawing moments.” The “In Case You Missed it” flick plays election night and Wednesday. On Thursday, the Brattle launches “Eight Perfect (Films About) Murder,” beginning with Hitchcock’s “Dial M for Murder” (1954) and chilling tit-for-tat take on Margaret Highsmith’s wife-offing “Strangers on a Train” (1951); the Billy Wilder who-did-it classic “Double Indemnity” (1944) with Fred MacMurray, Barbara Stanwyck and Edward G. Robinson; Henri-Georges Clouzot’s “Diabolique” (1955) with Simone Signoret; the Coen brothers’ 1984 Hitchcockian debut, “Blood Simple”; and the steamy 1981 pairing of William Hurt and Kathleen Turner in “Body Heat.”