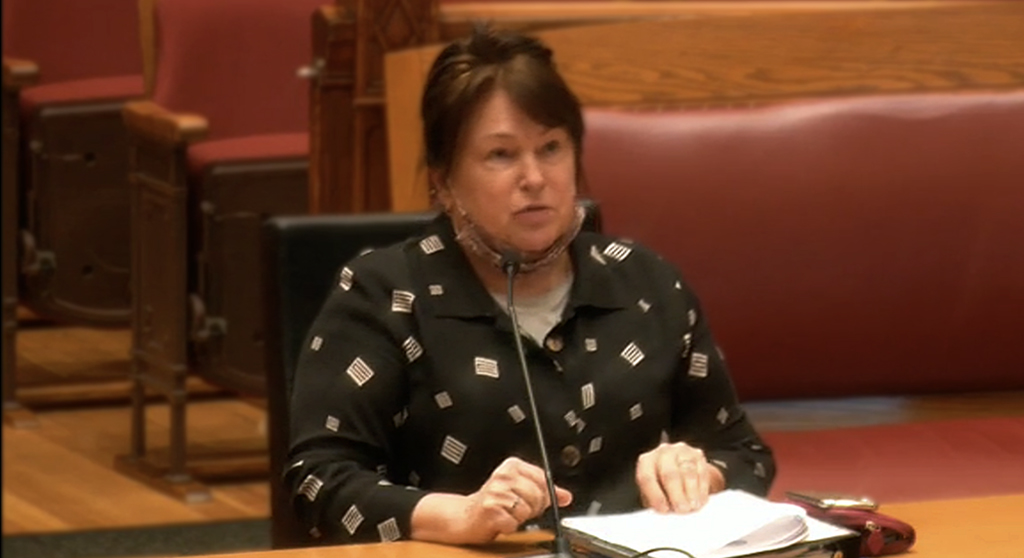 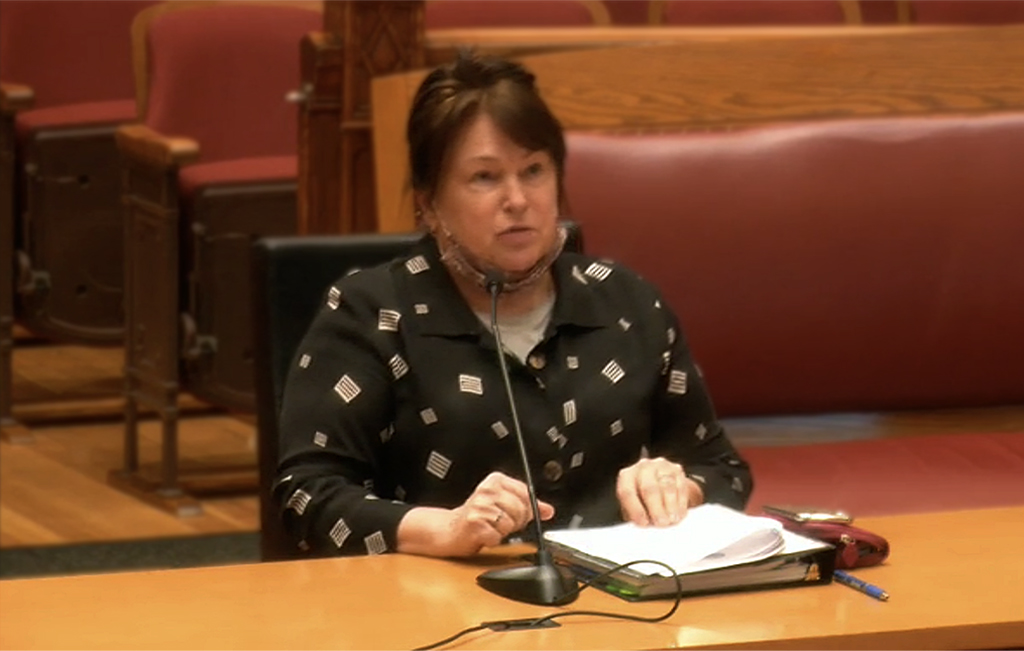 City solicitor Nancy Glowa gives the City Council on Monday an in-depth explanation of some of the information its members aren’t allowed to know.

After the city solicitor doubled down Monday on the legal theory that the City Council can’t ask about the discipline of municipal employees, the council went on to pass its own order “expressing its disappointment and frustration” in a police superintendent’s tweet that was “unprofessional, disrespectful and vulgar [and] has caused embarrassment to the police department and the city of Cambridge and served as a distraction during a time when we must be focused on overcoming the Covid-19 pandemic.”

In passing the order, Mayor Sumbul Siddiqui brushed lightly up against the issues bothering councillors unsatisfied with the Law Department’s response.

Solicitor Nancy Glowa rejected a plain English reading of the city charter that the City Council can be involved in personnel matters “for the purpose of inquiry,” arguing that those rights are “limited to matters within the City Council’s jurisdiction, and not inquiry into disciplinary decisions of employees under the city manager’s jurisdiction.”

Moments later, Siddiqui said that upon hearing of the offending tweet, she and vice mayor Alanna Mallon had “quick conversations with the city manager and police commissioner, [who] said there was disciplinary action taken.”

“I think the city manager and commissioner would entertain conversations with you on a one-on-one level,” Siddiqui told councillors.

At issue was the May 3 accidental use of the police department’s official Twitter account in an otherwise private online conversation being held by Cambridge Police Superintendent Jack Albert, a 32-year-member of the department. Albert – a native of one of the most famously liberal cities in the United States – bashed U.S. Rep. Joe Kennedy III as “another liberal fucking jerk,” along with U.S. Rep. Ed Markey. The tweet was deleted quickly, and Albert apologized via Twitter the next afternoon, with a police spokesman saying he remained subject to disciplinary action but the department was restricted from identifying the punishment.

On May 11, councillor Jivan Sobrinho-Wheeler, with councillors Quinton Zondervan or Dennis Carlone, asked to find out how Albert was disciplined and how the police department’s social media policy had changed as a result. They were prepared to hear about the discipline “in executive session if required by state law” – and were surprised when the city solicitor told them they weren’t allowed to know anything, even behind closed doors.

After councillor E. Denise Simmons used her “charter right” on May 11 to delay consideration by one meeting, the debate continued Monday, with Glowa reading at length from her legal findings and clarifying why an appeals court finding previously cited by Sobrinho-Wheeler didn’t apply.

That 2003 finding said investigations into police officers are public records because “it would be odd, indeed, to shield from the light of public scrutiny … the workings and determinations of a process whose quintessential purpose is to inspire public confidence.”

But that was about a formal internal affairs investigation, of which there has been none in this case, and not about the discipline that resulted, Glowa said.

“Interviews, analysis of what happened – those parts of the internal affairs file are public because the public has a right to know what is being looked at, what an officer or the department is being accused of as far as police misconduct and things of that nature,” Glowa said. “The actual discipline to be imposed upon the individual is not part of the public purview for discussion.”

Sobrinho-Wheeler was also struck by the difference between an official refusal to provide information to the council about Albert and a comparatively public process after the April 13, 2018, arrest of a Harvard student found naked on a traffic island at Massachusetts Avenue and Waterhouse Street near Harvard Square; an officer had punched the student five times in the torso during a struggle to get him handcuffed.

“The line is that what relates to the specific discipline that the individual employee will face is essentially off-limits,” Glowa said.

Based on Glowa’s expanded testimony, Simmons suggested that the motion be withdrawn, but Sobrinho-Wheeler and his co-sponsors declined.

“I don’t think we should censor the order on an opinion that doesn’t make sense,” Sobrinho-Wheeler said.

The previous council heard from Glowa in September that she “represents boards and commissions and the council and departments of the city,” without an analysis of what happens during a conflict, such as when the council challenges one of those commissions. The council, which is elected by the citizens of Cambridge, relies on the city solicitor for legal advice, but she is an appointee of another appointee, the city manager – and is as exempt from the council’s concerns about her work as anyone else hired by the city manager. In Cambridge, that is every municipal worker except for city clerks and the auditor.

After underlining the limitations to the council’s inquiry powers – albeit without providing any supporting material or case law – Glowa’s response to the council referred repeatedly to laws against “public disclosure,” suggesting that councillors could not get answers about their concerns about municipal personnel because the Law Department considers them members of the public.

Councillor Marc McGovern said he could “understand people’s frustration, [but] the frustration is with the state law.”

“What we do have, I think, is a moral obligation as the elected officials of the city, as the moral voice of the city, I do think we should issue a statement and go on record [saying Albert’s behavior] was unacceptable and unprofessional. Even if this was put on a personal Twitter page by someone in superintendent Albert’s position I would find that problematic,” McGovern said, proposing that the council move on from seeking information about discipline against Albert and simply send its own message of disapproval.

Simmons tried to remove Albert’s name from the order, but her amendment failed with only her own voice and that of councillor Tim Toomey in support.

To the contrary, McGovern, the mayor and councillor Patty Nolan all noted that Albert’s name was already public because of a police department statement and apology from Albert himself.

“This is just fact,” Siddiqui said.

The final order also passed 7-2, with only Simmons and Toomey in opposition.