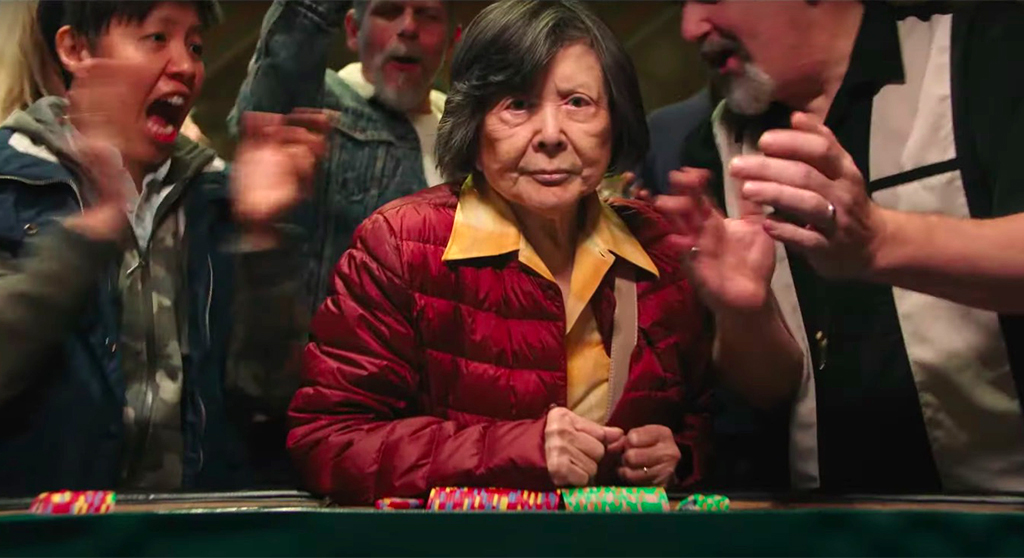 “The Rabbi Goes West,” a documentary by the husband-and-wife team of Amy Geller and Gerald Peary, enters a 12-day digital run through a partnership with Independent Film Festival Boston – sadly muted this spring due to the coronavirus outbreak. The film chronicles the ordeal of a Chabad rabbi who moves from Brooklyn, New York, to reach the Jewish population of Bozeman, Montana, encountering resistance from unlikely sources and not-so-veiled antisemitism. It’s available for viewing on Vimeo through IFFB, in its first virtual screening; there will be a live Q&A with the filmmakers and subject May 31. (Read our story from November 14, 2019.)

The mock-docudrama from filmmaker Michael Winterbottom (“Welcome to Sarajevo,” “A Mighty Heart”) that follows British actors Steve Coogan (“24 Hour Party People”) and Rob Brydon on a droll and cheeky tour de Mediterranean food and culture. Given the lockdown, the wine and plates of fine noshing (lamb makes for good chewing and conversation, or so the film has it) are tantalizing, and the two dry-witted actors sharpen their knives slicing off every word with precision. The execution seems au natural and nonchalant, but the imitations of Bond and Brando are top shelf. A talky travelogue-cum-side of comedy that feels very Anthony Bourdain, it’s not a dish for all, but another healthy serving for fans of the first three “Trip” films (“The Trip,” “The Trip to Italy” and “The Trip to Spain”).

Flavio Alves’ directorial debut is an intimate affair that centers on Tina (Carlie Guevara), a trans woman and undocumented Mexican living with her grandmother in New York City as she comes of age, navigating the shifting terrains of romance and intolerance. The idyll of the title is a fond memory that exists back in the homeland. Veteran actors Ed Asner and Michael Madsen add to the mix as the psychologist who must decide whether Tina can move ahead in her transition and a local bartender. It’s a tender sojourn that, while a bit frayed in its narrative execution, atones with with a game spirit. 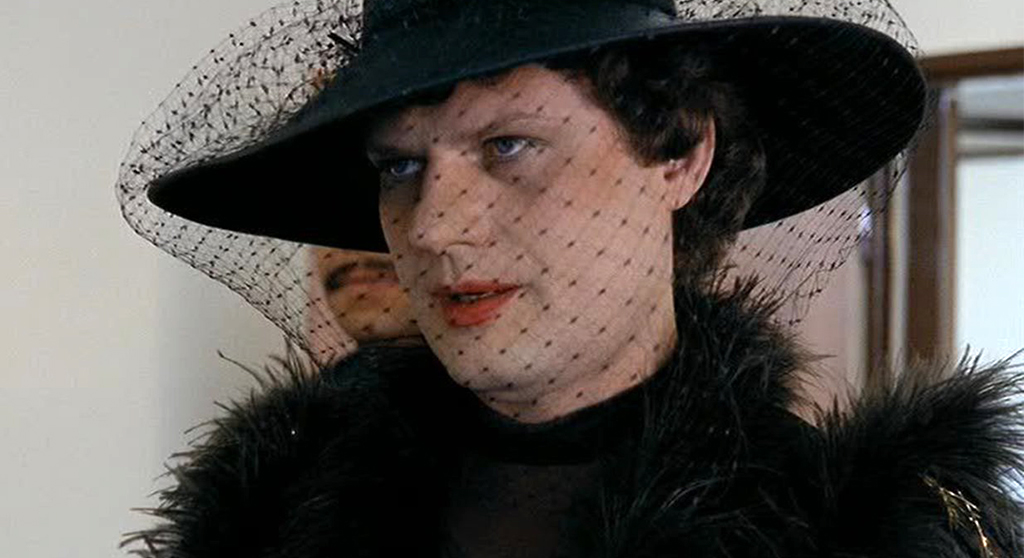 A later work of German filmmaker Rainer Werner Fassbinder, in essence his warmup before the film widely accepted as his magnum opus, “The Marriage of Maria Braun” in 1979. Like “The Garden Left Behind” (and perhaps its inspiration?) the film centers about the indignities suffered by a transgender woman. We open with reminisces about a fate tied to lunar cycles before Elvira (Volker Spengler) gets beaten and humiliated at a cruising spot for not having the requisite equipment. The film, about being in limbo and looking for the ray of light that leads you out, was made weeks after Fassbinder’s lover committed suicide – Fassbinder would do the same in 1982 at 37, having made some 40 films. Other essential Fassbinder choices, should you have the chance: “Fox and His Friends” (written by him and filmed in 1974) and “The American Soldier” (1970).

“Tangerine” is the kind of film you probably wouldn’t have seen a decade ago (Fassbinder’s “Moons” and “Transamerica,” noted). For one, it was shot on an iPhone 5s (several, actually) and stars trans actors. What give the film its kick is the tightly coiled energy of Kitana Kiki Rodriguez as a motormouth streetwalker newly out of jail and anxious to catch up to her cheating beau, and the fantastic editing and scoring by Sean Baker, who also writes, directs and shoots. The near over-the-top outrageousness of the melodrama playing out in gritty, sun-soaked West Hollywood is nearly up there with something from the minds of John Waters or Harmony Korine. (Read the full review from July 16, 2015.)

Last week the film industry lost French New Wave actor Michel Piccoli, who starred in “The Young Girls of Rochefort” (1967). “Belle de Jour” (1967) and this Jean-Luc Godard offering featuring iconic beauty Bridget Bardot, American tough guy Jack Palance and German filmmaker Fritz Lang (“M,” “Metropolis”). The simple plot about the marriage of an idealistic and penny-poor writer (Piccoli) and his alluring wife (Bardot) thrown into disarray by the presence of a swaggering film producer (Palance) at odds with his director (Lang, playing himself) is anything but simple when filtered through Godard’s existential and absurdist lens. Classic Godard, and a major cornerstone of the French New Wave.

Also recently, the cinema world lost comedic actor Fred Willard. Here Willard plays a color commentator at a Philadelphia dog show, whose observations are off-color and belly-grabbing hilarious – the whole film’s one big, shaggy guffaw. The rest of the cast in this canine club spoof includes Eugene Levy, Jennifer Coolidge, Parker Posey and Christopher Guest (“A Mighty Wind” and “This is Spinal Tap”), who also writes and directs.

Sasie Sealy’s feature debut is a stylish one that moves fluidly from casino tables to gang shootouts in and around New York’s Chinatown. Its protagonist is the stiff jointed grandmother of the title (Tsai Chin, from “The Joy Luck Club”) who loves to gamble, chain smoke and throw back shots, and is more than able to throw down with the gangsters whose sack of money she’s come into possession of. It’s a Guy Ritchie-esque crime caper with a nice bonding story between Chin’s grandma and her Gronk-sized body guard (Hsiao-Yuan Ha). (Playing on Brattle’s virtual screen.)

The Johnny Depp-Christian Bale pairing as G-man Melvin Purvis (Bale) and his quarry, notorious Chicago bank robber John Dillinger (Depp), has a great cast on paper, and the 1930s gangland era is recreated meticulously by director Michael Mann (“Heat,” “Miami Vice”). But somehow this bigger-than-life, true cat-and-mouse saga never fully hits the heights of its ambitions or the capabilities of its cast, a vast and amazing ensemble that includes Carey Mulligan, Channing Tatum, Billy Crudup and Marion Cotillard. Depp, of course, would later go on to play Boston’s own public enemy No. 1, Whitey Bulger, in “Black Mass” (2015).

Because we reviewed “The Ghost of Peter Sellers” this week, I wanted to list one or two of director Peter Medak’s films. The top choices would certainly include “The Ruling Class” (1972) or “The Krays” (1990), but neither is available readily online. This ramshackle crime drama is, however, with wonderfully over-the-top performances by Garry Oldman as a crooked cop and Lena Olin, who knows how to sizzle with ease, as a Russian hitwoman. The result is a total delectable mess that likely has a drinking game embedded in it somewhere.

Medak was brought in to helm this challenged ghost story after director Tony Richardson abandoned it. The story about a composer (George C. Scott) in a remote gothic mansion – haunted by a ghost is a moody character piece with a side of horror. Think the works of Shirley Jackson adapted to film and you’d have the right idea. Scott, with all his gristle and growl, carries Medak’s ambiance-driven with his usual swagger, and real-life wife Trish Van Devere plays a member of the historical society with keys to the mansion’s past.