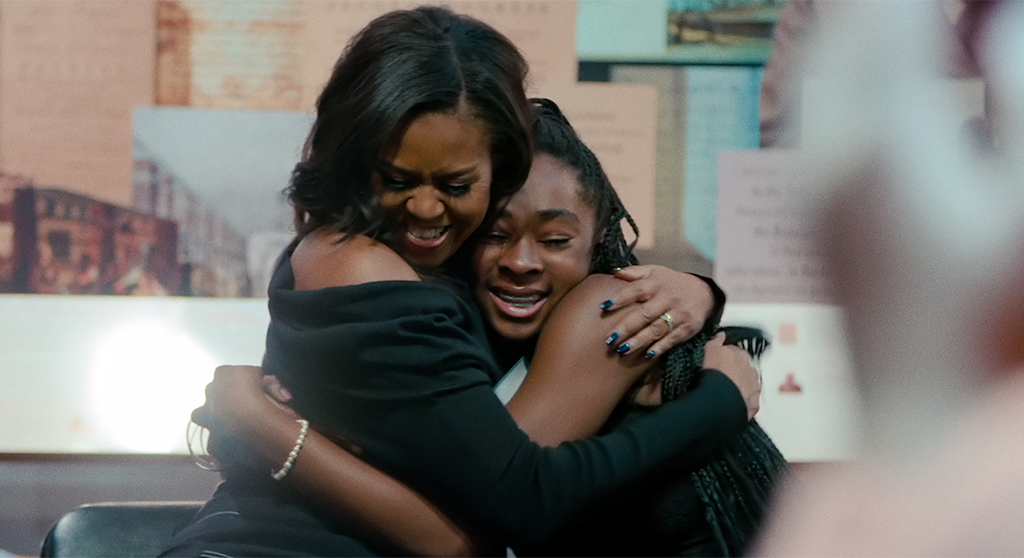 Besides its increased Virtual Screening Room offerings (new releases such as “Deerskin” and some classics and rereleases reviewed below as the collection grows and changes) The Brattle is partnering with the city to bring you a “Dinner and a Movie Night” each Friday. If you’re a Brattle member or become one, with a yearlong membership adjusted for the shutdown period, you also now can get two free months of the Mubi classic and cult film streaming service. The HFA has a similar offer for its members.

A somber and sobering tale about a 19th century Chinese woman sold from man to man. The film is inspired by the true stories of Asians held in involuntary servitude – most often in the sex trade and by their own people – years after slavery was abolished in America. Massachusetts native Nancy Kelly (who did “Downside Up,” the 2002 documentary about Mass MoCA) directs the sad but hopeful odyssey of Lalu (Rosalind Chao, stunning, strong, yet highly vulnerable and always emotionally real) from China to the American Frontier – essentially the feminist flip side of “Kung Fu.” The ugliness of racism and misogyny roil within nearly every scene. Kelly’s framing of the American West and its shanty mining towns is reminiscent of “The Sisters Brothers” (2018) and the works of Kelly Reichardt. It also stars a young Chris Cooper and can be viewed as part of the Brattle’s Virtual Screening Room collection.

Casey Affleck wrote, directed and starred in this all-too-close, post-pandemic thriller in which women are a scarce resource and nearly every human you meet is out for their own selfish purposes. Affleck plays a wary father with an 11-year-old daughter in tow (Anna Pniowsky quite good). Her hair is cut short and he presents her as a boy to all they encounter in the remote countryside, where they inhabit abandoned farmhouses. While the film bears conceptual similarities to Alfonso Cuarón’s haunting “Children of Men” (2006), it’s more akin in texture to “The Road” (2009) and Trey Edwards Shultz’s “It Comes at Night” (2017). The film works in that framework, but “Road” and “Night” are edgier explorations of the extremes humans will go to during times of lawless crisis.

Abner Pastoll’s thriller about a single mother in working-class Northern Ireland is loaded with Guy Ritchie-esque criminals and a potpourri of bad circumstance. We meet Sarah (Sarah Bolger) splattered in blood, looking like Lady MacBeth. It’s a provocative opener, and as we rewind, we learn Sarah’s got a son who hasn’t spoken since the murder of his father, and a petty drug dealer (Andrew Simpson) has forcefully taken up residence in Sarah’s flat to hole up from those higher up on the food chain. He’s not a nice gent by any means, and neither are any of the people looking for him – some of whom seem to have an inkling of what happened to Sarah’s husband. The film’s stylishly conceived and executed, even if the layers of coincidences are too top heavy for the film’s own good. Bolger gives a tour de force performance as mother and warrior as her resilient Sarah turns anything – even a vibrator – into the means to protect her residence son. Not your typical Mother’s Day celebration, but …

Beanie Feldstein, so raucous and funny as a teen geek turned party animal in Olivia Wilde’s “Booksmart” (2019), laces up for more of the same here with far less rewards. Johanna (Feldstein) is madly in love with the 1990s music scene, her parents are dead broke and she flat-out hates school, so she reinvents herself as a rock critic named Dolly Wilde and becomes an explorer of all things sexual. Feldstein goes after it all with great gusto, but the material never gives her a soul and some of the gags are so over the top, you’ll be left agape at how widely they miss. The film, adapted by Caitlin Moran from her semi-autobiographical novel, reminds me somewhat of “Scott Pilgrim vs. the World” (2010). That film employed a far out goofiness effectively, but here it’s a discordant, bumpy ride. It might make you laugh, but it might make you cringe.

Stunt man-turned-director Ric Roman Waugh’s third prison flick (after “Felon” and “Snitch,” starring Dwayne “The Rock” Johnson) follows a stockbroker (Danish actor Nikolaj Coster-Waldau) who ends up in jail after a drunken driving incident, rising to the top as a blood-vetted warrior of the Aryan brotherhood. Bloody chess games and brutal prison yard takedowns ensue. It’s an intriguing peer into prison life and Coster-Waldau pours himself into the role, but the back and forth of the narrative in time and other twists drag down the provocative character study. Other prison flicks have mined the same material with greater resonance (“Out of Sight,” “American History X” and “American Me”). still “Shot Caller” works as an eerie reminder of how one small event can alter a life.

A senses-riveting immersion, aurally awash in the sonorous sounds of the sea, the pelt of torrential rain and the soul-shaking roar of the title structure’s bullhorn. It’s also brilliantly composed in austere black and white. The setup, based on writings by Melville and sea-obsessed others of the era, has two men keeping the flame on a remote isle somewhere far off the New England coast, but becoming stranded for months beyond their charge and sinking into madness. Willem DaFoe and Robert Pattinson make an excellent pairing as old sea dog and newbie. As it’s directed by Robert Eggers (“The Witch”), you know things are bound to get weird.

Why? Because it was the hilarious subject of a replayed SNL skit last week in which movie buffs (guest Daniel Craig was one) went deep for their trivia, and the answer to most of their highly esoteric questions was – well, take a guess. Tom Hanks is dutiful as the captain of a U.S. cargo ship taken over by Somali pirates, but the harrowing, true-life account directed by Paul Greengrass, who so adroitly chronicled the doings of doomed 9/11 passengers in “United 93” (2006), unsettlingly ebbs in tension midway through. There’s too much waiting and overly dramatic reflection. But the film does finish with a thrilling flourish, and the details of the cat and mouse games at sea are quite riveting.

Another watch inspired by Craig’s SNL turn, this is a good, old-fashioned whodunnit with a healthy serving of droll comedy. Yes, comparisons to classics such as “Murder by Death” (1976) and “Clue” (1985) are apt. The film, shot in and around Boston, marks something of a changeup for director Rian Johnson, who’s done everything from quirky indie (“Brick” and “Looper”) to big-budget blockbuster (“Star Wars: Episode VIII – The Last Jedi”), and centers on the mysterious death of a renowned murder-mystery scribe (Christopher Plummer). Craig is the film’s curious centerpiece as a private gumshoe named Benoit Blanc who, while not quite Clouseau wacky, is imbued with scads of quirk, overconfidence and a twangy Southern drawl. The diverse and incredible cast of possible suspects includes Chris (“Captain America”) Evans, Michael Shannon, Jamie Lee Curtis, Toni Collette and dandy Don Johnson.

Another one inspired by Mother’s Day. Sandra Bullock won an Oscar for her portrayal of Leigh Anne Tuohy, a tough-as-nails Southern mom who takes in the homeless black friend of her son, Michael Oher (Quinton Aaron) – who would go on the be an NFL superstar and Super Bowl winner. Adapted from the book by Michael Lewis, who also penned “Moneyball,” it’s based on true events turned into a feel-good drama, and probably more painful in reality that the Hollywood rendering. Issues of race and racism are not left on the side, though, and the onscreen chemistry that Bullock and Aaron score is a game winner from the get-go.

The Obamas look at ease even during chaotic times, but in this documentary by Nadia Hallgren, Michelle – followed while on a book tour – reflects on the stress of eight years “trying to be perfect.” The former first lady proves an inspirational and classy study, and seeing her impact on young black women as well as the racism she endured are emotional highlights. Overall the film feels overly curated and manicured, but it’s worth it just to hear a recounting of the last day in the White House, with Michelle telling her daughter and their friends, “We have to get up and go, the Trumps are coming.” And yes, Barack and his soothing baritone appears here and there.