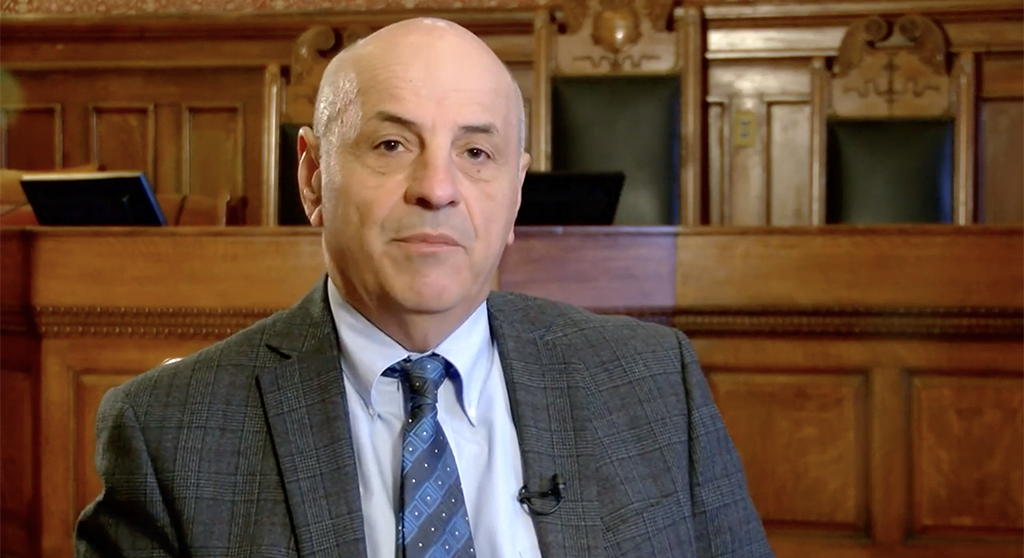 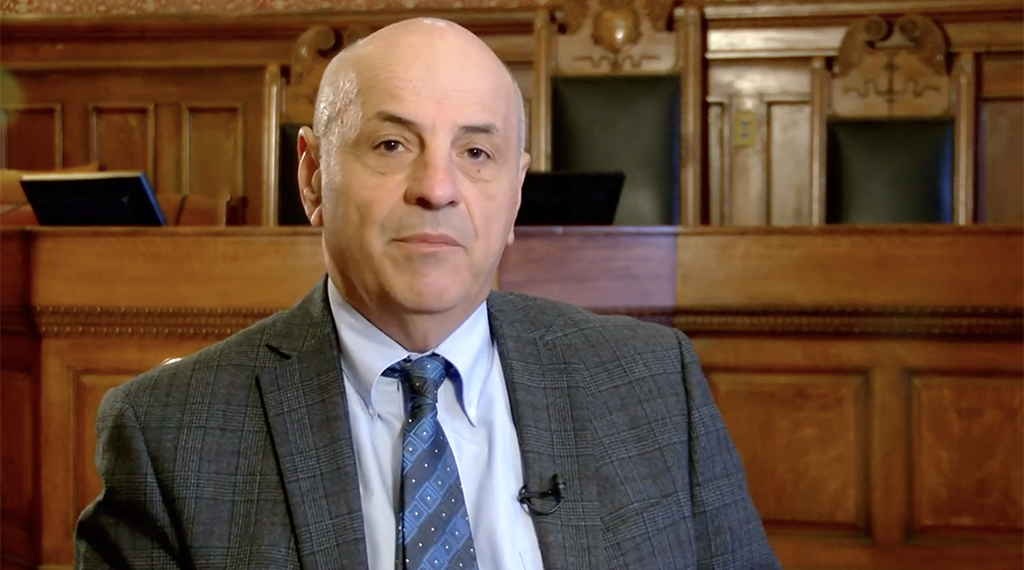 City Manager Louis A. DePasquale in a screen capture from a 2017 video.

You don’t typically swap out leaders mid-emergency, which is why even President Donald Trump tried briefly in March to label himself a “wartime president.” And our City Council isn’t likely to swap out City Manager Louis A. DePasquale, whose contract ends this year – but it wasn’t prepared to, even before coronavirus. He does adequately at enough aspects of his job that replacing him isn’t the obvious move, though he’s bad enough at other parts that it really highlights the shortcomings of Cambridge’s form of government (or at least the way we apply it).

A City Council committee plans to talk about DePasquale’s contract at 2 p.m. Monday.

It is true that Cambridge has overall lower transmission rates of coronavirus than many other U.S. communities, though a ticking up of cases in recent days shows attempts at reopening after a long lockdown can hurt here as they can anywhere.

Trump deserves blame for a failure to lead that could have avoided the level of infection and death we’re seeing nationwide. He’s been as bad on “messaging” as on policy, having worn a mask publicly exactly once – July 11 – as America’s seen 3.8 million confirmed Covid-19 cases and more than 140,000 deaths. Here Cambridge also may be suffering, to a much lesser degree, from DePasquale’s exceedingly peculiar approach to coronavirus policy.

Actually, it’s not exceedingly peculiar. It’s in line with the general refusal by Cambridge officials to admit mistakes, take blame and make things right, and to be transparent throughout; but DePasquale seemingly specializes in deciding outcomes ahead of the details that should determine them.

The most obvious example, of course, is municipal broadband. A city task force suggested a feasibility study years ago. DePasquale has spent the time doing everything he could to not know what a feasibility study will tell him about an idea that has broad support. Forced to finally agree to convene a task force, in June he said bizarrely that he’d already been preparing to show “why we don’t think a million-dollar investment [in a study] at this time is right, leading to a billion-dollar investment [in municipal broadband] in the middle of the financial situation that we’re in.” The figures are outlandish, of a piece with the rest of his comments at the time.

Then we come to the policies set for Cantabrigians during the coronavirus crisis.

In what might well be foreshadowing for the broadband outcome, city staff resisted closing the length of Memorial Drive to cars so quarantining people could get outdoors for socially distanced exercise, citing fears it would become a scene of orgiastic infection-spreading. Despite a “test” set up for failure, the fears didn’t come true. Staff also dragged their feet on looking at closing neighborhood streets to traffic, similarly for the purposes of social distancing, and paving the way for more outdoor dining to help suffering eateries.

Early confusion and debate around such things as masking and distancing should have encouraged DePasquale to be clear, consistent and scientific about these decisions, because clarity and logic help people follow orders; a muddled, illogical approach encourages dissent and disregard.

But the city’s mask policy has had several iterations, and the latest makes no sense: As of June 29, it lets people go maskless outdoors when they’re at a distance from other people, but that policy ends Sept. 23 with the arrival of fall. That’ll require yet another new round of messaging to residents, workers and others, and it will lack any scientific consensus on why the policy is changing. “Although there are many examples of indoor transmission, there are few showing outdoor transmission even [though] it has now been specifically looked for – after U.S. protests, for example,” says Jill Crittenden, an MIT scientist on the school district’s Covid-19 Task Force.

Similarly, the state called off its ban on reusable bags July 10, but Cambridge is sticking by its ban. This one never made any sense: The bags are no more likely to transmit the coronavirus than the clothes people wear while shopping. Just as the rule should have always been that people can go without masks outdoors if they stay away from other people, the bag rule should always have been simply for people to pack their own groceries if they opt for reusable bags. Simple. Safe. “There is growing consensus that SARS-CoV-2 transmission is primarily by sustained and close face-to-face contact with an infected person,” Crittenden says.

What’s worse is that the city has resisted ordering that masks be worn in common areas of residential buildings when other people aren’t around, even though the science suggests a greater risk of coronavirus lingering in these less ventilated areas. “I don’t think we’re giving the right scientific information to people,” councillor Patty Nolan said June 29, in one of her several attempts to elicit an official answer about the policy.

The council has been firm about wanting to see the notes on which these decisions are based, since the administration has been saying throughout they’re on the advice of a panel of experts. The administration has refused to show its work, and a public records request brought pages that had been redacted to the point of uselessness. (Not a new thing in Cambridge.) The redactions are to “protect the privacy of an individual,” public records access officer Seah Levy has said, as well as to “protect policy decisions being developed by an agency”; “protect information relating to cybersecurity”; and avoid revealing the personal email addresses of government employees.

If city staff was responsive to the council, it would have developed a separate set of notes from the beginning that resolved privacy and cybersecurity concerns and could be made public. (If it doesn’t work for city councillors, it certainly doesn’t work for citizens or journalists. Repeated attempts to get at the scientific basis for the mask and bag policies have been answered by city spokesman Lee Gianetti with insistences the policies are being misunderstood or misinterpreted – but with no explanation how – or with no response at all.)

The real issue – let’s not fool ourselves – is the claim that the administration wants to “protect policy decisions being developed by an agency,” which really just means it won’t explain itself even to the legislative body we elect to run the city.

Much of that, and many would say too much, is through the decision to hire and fire the city manager.

This is where we find ourselves as councillors gather to talk through the inevitability of keeping DePasquale on with a contract extension: hidden decision-making in a city that likes to think of itself as a paragon of good government; and a flat refusal to show evidence or explain logic in a city famed for its science.