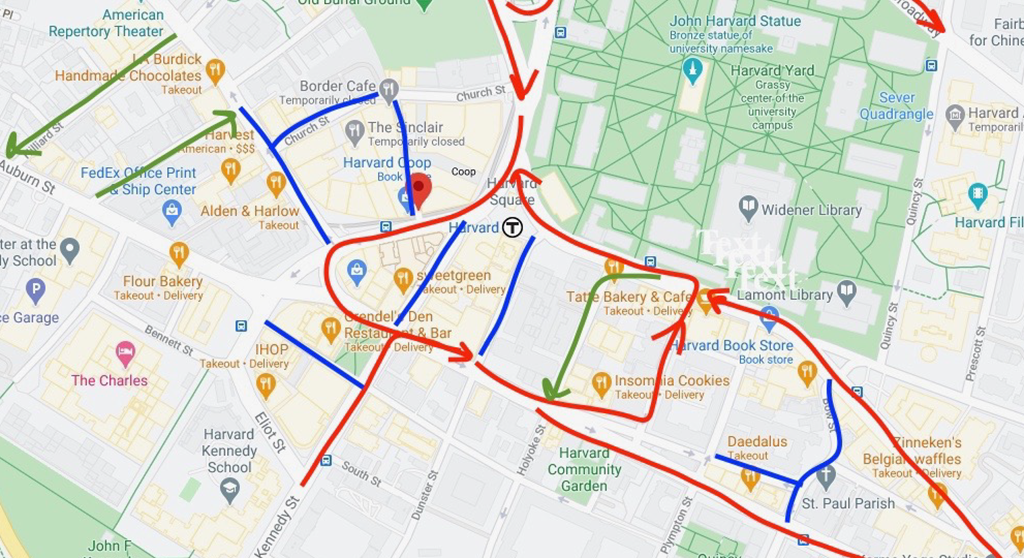 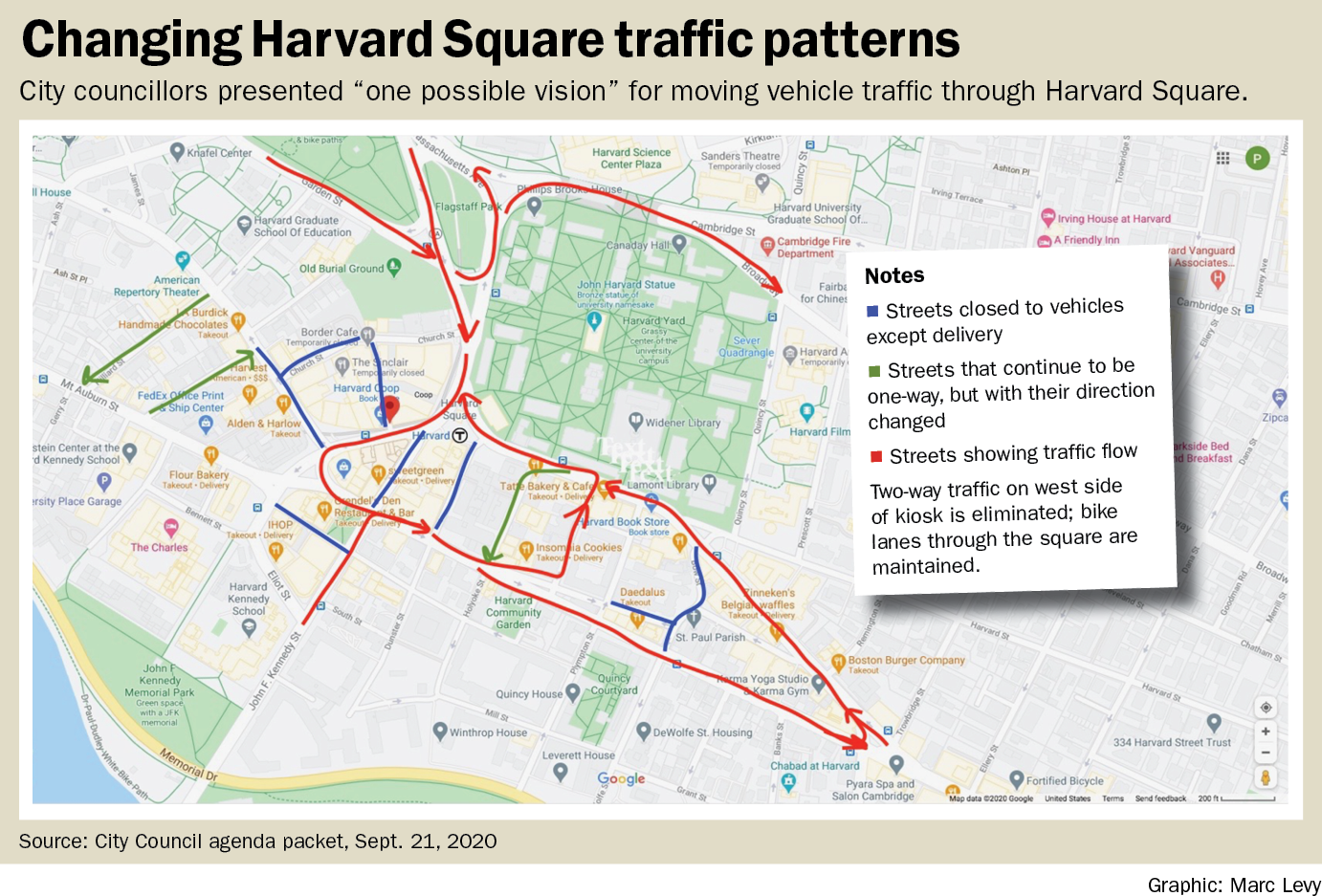 A plan to close some Harvard Square streets to pass-through traffic on weekends and possibly weeknights could draw reaction from city staff by October, having been passed 9-0 by city councillors Monday. But it’s an update of a request made in May that may now be too late to be of much good in cold weather, councillors said, and comes after a second area traffic death in a year.

The Harvard Square Business Association, seeking a boost for its retailers and restaurants in times made more difficult by a coronavirus pandemic, asked the city in May to close off some streets from 4 p.m. on weekdays and throughout the weekends. “The city had not done that, so this is now very late in the game,” councillor Patty Nolan said. “The concern is that it may be too late to have a thriving nightlife scene during the week. If we had done it in May, then it would have lasted right through the summer.”

Denise Jillson, executive director of the business association, confirmed Tuesday that from her perspective, the timing was off. “As we get now into the fall season, closing streets for the sake of closing streets without having beautiful summer days when people are strolling doesn’t make any sense,” Jillson said.

It was one of several street-related efforts made in the spring to grapple with the coronavirus that were set aside by city staff, sometimes justified by claims a panel of experts was guiding their priorities. As street vehicle traffic declined and people needed socially distanced space outside their homes to exercise or for safe essential travel, councillors also called in the spring for Memorial Drive and some neighborhood streets to be closed to traffic. Memorial Drive was eventually closed for a limited time around when it would close anyway; and the neighborhood streets idea morphed into a “shared streets” concept without quite addressing what the council ordered. All proposals followed successful implementation in cities nearby and around the world.

The order for city staff to explore Harvard Square street closings and report back was introduced Sept. 14 by Nolan and her co-sponsors, vice mayor Alanna Mallon and councillors Jivan Sobrinho-Wheeler and Dennis Carlone. But councillor E. Denise Simmons used her “charter right” to delay it to Monday. She used the opportunity to remind everyone that the idea of closing Harvard Square streets to most vehicles goes back even further than May, and wanted to be sure staff looked at a $52,000, nine-month study funded by the business association in 2018 on similar issues.

The study, which officials and Jillson called a starting point for discussion – that includes obsolete thinking on bike lanes – rather than a recommended map for changes to follow:

The changes to Harvard Square should also be done as a pilot program, not implemented to see how people react, Simmons said. When Brattle Street bike lanes were installed in 2017, “we didn’t engage the community and some of the stakeholders in a real robust way, and there were lots of problems,” she said.

But the idea of a pilot program and further study alarmed the makers of the motion, who noted that it wasn’t just the coronavirus that should change the thinking about traffic in Harvard Square: There have also been two traffic deaths there in the past year – pedestrian Sharon Hamer, 67, on Sept. 17, and bicyclist Darryl Willis, 55, on Aug. 18. Both were hit by trucks.

“We don’t need any any more studies, we need to just do it. I can’t believe that we still continue to let cars and trucks drive through the square, especially after two fatalities within 12 months,” councillor Quinton Zondervan said.

But the degree of changes is up for debate. Jillson doesn’t want a ban on traffic through the square, which “would have such an adverse impact on our businesses,” but remains interested in trying it on weekends.

On Monday, councillors Dennis Carlone and Marc McGovern expressed concern that closing Harvard Square to all traffic except deliveries would divert it onto residential streets. “Are we really making the city safer as a whole by banning them in Harvard Square, but then putting an 18-wheeler on Oxford Street?” McGovern asked.

But councillors acknowledged Monday that it would be impossible to close major streets to traffic without approval from the state – and that the idea, as presented on a map that accompanied the policy order, was just for certain “side streets to not have the vehicular traffic for at least part of the day,” Nolan said.

For Jillson – who said as much Sept. 16 to the council’s Transportation Committee – the goal is to get back to recommendations passed unanimously by the council in October 2017, in an order written by Simmons, and to try a simple set of traffic changes now: closing Palmer Street and Brattle Street between Eliot and Church from 4 p.m. to midnight weekdays; from 1 p.m. to midnight Saturdays; and from 11:00 a.m. to midnight Sundays.