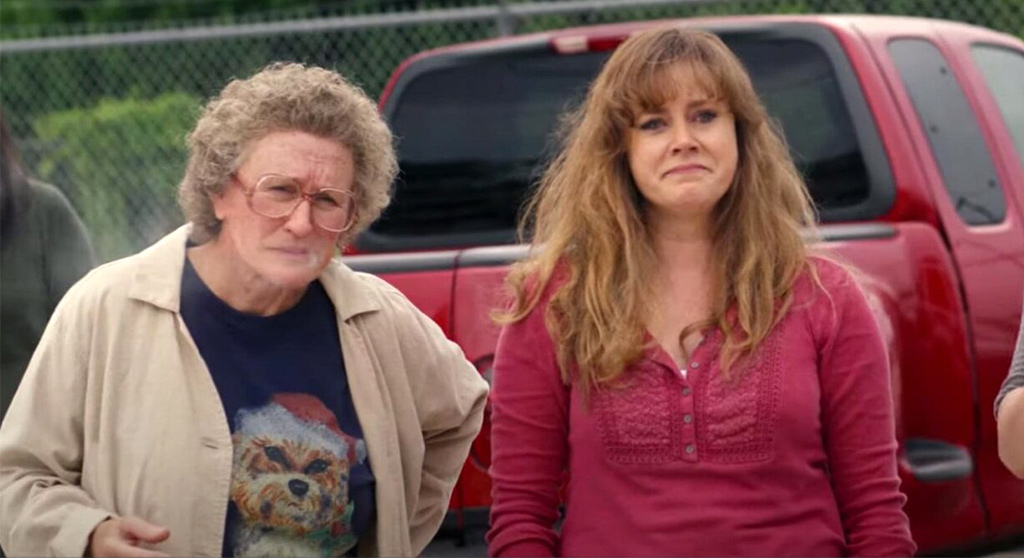 Glenn Close and Amy Adams are dressed by Cambridge’s Virginia Johnson in “Hillbilly Elegy,” coming to Netflix in November.

A $1 million system will watch the watchers

City Council, 5:30 p.m. Monday. A restless summer dominated by Black Lives Matter issues is behind the city, but the issues are not. This meeting will see a city manager request for $921,062 to buy a police records management system (replacing one in use since 1996) that will “increase accountability, compliance and transparency by capturing valuable data” from officers’ day-to-day activities. The public will be able to “view the data in near real-time” – whatever that means – and see it reflected in the online Procedural Justice Dashboard, which has so far been stuck in a “sample” phase. In addition, some councillors hope to ban the use of tear gas in Cambridge (which has, they point out, been prohibited by international Geneva Conventions since 1925). Police have said protesters are safe from tear gas in Cambridge – though people may get pepper sprayed in certain circumstances.

Here we go: There’s an order to “reduce” campaign contributions from anyone trying to do business with the city. This is another instance in which councillors asked for a reply from city staff (this time in June 2019) and didn’t get it; lacking that answer, this order offers its own language that would take effect in January if passed.

Less controversial is a report on fines for absentee property owners who fail to take action against rat infestations, which suggests the city can increase fines to as much as $500 a day, up by $200 from current maximums. A council order wants to consider honoring Justin Cosby at Blackstone and River streets; Cosby, 21, was killed in Harvard’s Kirkland House in May 2009. And there’s a resolution honoring Virginia Johnson, owner of Inman Square’s Gather Here sewing studio – and a film industry costume designer whose latest work is in “Hillbilly Elegy,” directed by Ron Howard and due for release Nov. 24 on Netflix.

School Committee roundtable, 6 to 8 p.m. Tuesday. Committee members will discuss “​the opportunities and challenges of this exceptional year” with elementary school principals. Televised and watchable by Zoom video conferencing.

A renewed peek at the Volpe project

Planning Board, 6:30 p.m. Tuesday. There’s a pre-application conference due for the 14-acre Volpe construction project in Kendall Square, which the Massachusetts Institute of Technology is developing after its selection by the federal government in late 2016. Catch up on the project’s specs here. There’s also a request from the builder Abodez for an extension of its special permit to build a five-story, 49-unit apartment building on the empty Bank of America lot at 605 Concord Ave., in the Cambridge Highlands across from Fresh Pond. Coronavirus caused work to slow down – and the company can’t demolish anything while the space is being used as queueing space for Covid-19 testing at the neighboring urgent care clinic.

License Commission, 9 to 10:30 a.m. Wednesday. There are revocations or cancellations of licenses coming before commissioners for Sunset Café, the Portuguese restaurant and lounge whose building in Wellington-Harrington was torn down in January 2019 after being ravaged by fire; as well as eateries where troubles began with the coronavirus, including Wits End in Inman Square and Luce, in Neighborhood 9 near Harvard Square. East Side Bar & Grille in East Cambridge also has a revocation or cancellation looming. The disciplinary issues at Club Recreativo Lusitania are different: It’s accused of staying open and selling or providing drinks in defiance of coronavirus orders. Watchable by Zoom video conferencing.

Looking at preventing evictions during a pandemic

Housing Committee, 10 a.m. to noon Wednesday. With the state ending its eviction moratorium a week ago – while putting $171 million into efforts to help renters – but a city moratorium still in place, this committee run by city councillors E. Denise Simmons and Jivan Sobrinho-Wheeler will look at legal protections and other strategies to prevent evictions and tenant displacement while the economy is hobbled by the coronavirus pandemic. Televised and watchable by Zoom video conferencing.

Ordinance Committee, 5:30 to 7:30 p.m. Wednesday. This committee run by city councillors Dennis Carlone and Marc McGovern will discuss asking the state to allow a real estate transfer fee based on a council order passed July 27 – though that was the result of the failure of city staff to act on three previous orders dating back to February 2016. The proposed 2 percent fee on property sales valued at more than $1 million would go into a fund for affordable housing. Somerville and Boston have passed similar petitions. Televised and watchable by Zoom video conferencing.

All about the Office of Student Services

This post was updated to correct that a City Council order called to “reduce or prohibit” campaign contributions from anyone trying to do business with the city – but during the Monday council meeting, co-author councillor Dennis Carlone said the order itself makes no call to “prohibit” the campaign contributions.