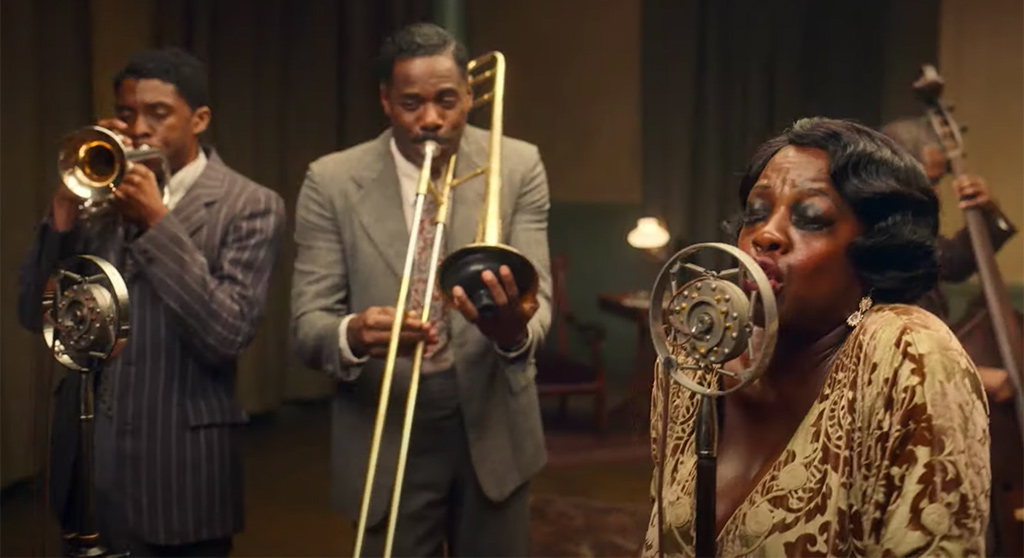 The Mubi film platform digs up Sergio Corbucci’s oft-forgotten spaghetti western that, like fellow countryman Sergio Leone’s “The Good, the Bad and the Ugly” (1966), mines the U.S. Civil War for plot. Here Joseph Cotton (“The Third Man”) plays an ardent Confederate who, even though the South has conceded, plans to relaunch a military efforts with stolen gold and the aid of his amoral sons. A solid effort from Corbucci, who is best known for the the original “Django” (1966) and his story idea collaborations with Leone.

The venerable Brian Dennehy (“Death of a Salesman,” “Tommy Boy,” “First Blood”), who passed away this year, plays Del, a Korean War vet who hangs out on his porch and sparks an avuncular relationship with Cody (Lucas Jaye), a boy who’s arrived with his mom, Kathy (Hong Chau), to clean out the house next door, owned by her recently deceased sister. The fact that Cody and Kathy are Asian does not trigger anything like Clint Eatwood’s “Gran Torino” (2008), but something more quiet, sincere and resonating. It’s about connecting and finding one’s self through others. Touching, with fantastic performances all around. The film should make Chau (“Watchmen”) one to watch.

Director George C. Wolfe (of the original, staged “Angels in America”) brings to life August Wilson’s play about privilege, position and station of the black man following the Great Migration. The setting is Chicago, late 1920s, where the blues/delta singer of the title is having a recording session. Ma (Viola Davis) is a big deal whose stardom transcends color lines. Handled by two white managers, whom she seems more in control of than vice versa, she demands much of her band – which is where the heart of Wilson’s play lies, as its four members share stories of persecution, lynchings and worst from their pasts. The young optimist of the group, Levee (Chadwick Boseman, in his last and finest performance), sparks internal combustion when he makes a play for Ma’s pretty side dish (Taylour Paige). Boseman and Davis are Oscar worthy, and the rest of the cast (Michael Potts, Glynn Turman and Colman Domingo as the other players) are superb as well. At Kendall Square, and on Netflix mid-December.

You probably didn’t know it, but Alex Winter – the Bill of “Bill and Ted” – has made a boatload of documentaries, including this one about experimental rocker and iconoclast Frank Zappa. For fans it’s an in-depth dive into the misunderstood genius’ mind, soul and philosophies. For those looking more in from the outside, it frames Zappa’s context in the pantheon of rock gods, drawing attention from and collaborations with the likes of David Bowie, the Stones, and John Lennon and Yoko Ono, as well as a longtime collaboration with Howard Kaylan and Mark Volman of the Turtles (“So Happy Together”). The claymation by longtime friend and collaborator Bruce Bickford is a wonderment in its own right. Playing as part of the Brattle Theatre’s Virtual Screening Room.

A fairly straight-up and ludicrous psychological thriller lifted by some adroit pacing and spot-on performances. Namely you have Sarah Paulson in the cast as a caring yet creepily weird mom taking care of her wheelchair-bound daughter (newcomer Kiera Allen). If you’ve seen Paulson in “American Horror Story” or “Ratched” you know what degree of menace she can bring to a party. Slowly, as director Aneesh Chaganty (“Searching”) peels back the layers, we learn that the young Chloe is totally isolated, and that her condition is likely the result of the meds her mom is feeding her. The chemistry and character immersion by Paulson and Allen makes “Run” fly – it’s a trite B-tier chiller with thespian bite.

For those of us who remember The Station nightclub fire in Rhode Island that claimed 100 lives in 2003, Alexander Nanau’s documentary will serve as a haunting echo. In 2015, the Romanian rock club Colectiv caught fire when the band Goodbye to Gravity – like Great White in R.I. – set off pyrotechnics that quickly engulfed the venue. Thirty people died in the fire, but what Nanau captures in the aftermath, through the pursuit by investigative journalists from Gazeta Sporturilor, is a trail of government misdeeds that not only unearths corruption and incompetency, but also leads to more deaths. The amazing and horrific opening concert footage is hard to shake.

“Stoned” (2005) was as slight a rock biopic (about Rolling Stones’ founder and member Brian Jones) as this admittedly fictionalized portrait of rock icon David Bowie. As with “Stoned,” director Gabriel Range’s adoration is greatly addled by lack of access to material and music – in other words, this is not sanctioned. It doesn’t help that Range and actor Johnny Flynn, so good in “Emma.,” choose to play the Thin White Duke as little more than a self-centered fop. Todd Haynes’ brilliant “Velvet Goldmine” (1998), another fictional spin on Bowie in the glam rock era, took a much sharper and innovative look at the enigmatic chameleon. The one revelation here that makes the film stand up at times is a sassy Jena Malone as Bowie’s wife Angie, the infamous lass of that Stones’ song.

Paul Bettany shines in this somber drama about a gay man forced to confront his South Carolina family, from whom he’s been closeted. It’s the 1970s and Frank, a New York City lit professor, is beckoned home by the death of his father – the reading of the will is devastating. Like the home-for-the-holidays couple in “Happiest Season,” Frank keeps his beau, Wally (Peter Macdissi), in tow but the relationship out of sight, and the sense of dread throughout this exploration of hate and acceptance by Alan Ball (“Six Feet Under” and the penner of “American Beauty”) is fog thick, underscored by Frank’s binge drinking and constant depressive state. The theme of those not accepted road-tripping through the biased South feels hauntingly akin to “Green Book.” In the end it’s not a deep enough dive into what divides, which is too bad; Bettany’s game go could have registered so much more.

More like “hard to take.” It’s almost Christmastime, and that means a “Die Hard” viewing – which is why it’s so sad to see an anemic Bruce Willis phoning in his performance in ridiculous slop such as this. Here Willis plays Chalmers, a former semper fi who now works for a military software company (or something like that) involved with some program that “can change the world,” as the madman du jour called “The Pardoner” (Sergio Rizzuto) claims. It’s a bullshit MacGuffin for former special ops expert Derek Miller (Jesse Metcalfe, of “Jonathan Tucker Must Die”) and his security team to shelter Chalmers during a siege with The Pardoner’s force of well-equipped operatives at an abandoned factory. Inspirational lines like “Let’s do this” and “I’ve got your back” drive this listless actioner.

Bruce Wills plays a whiskey-swilling investigator trying to break a sex trafficking ring who’s routinely stalled by reluctance from other agencies as well as by the slipperiness of his quarry. Nothing like the abduction of a ex-special ops member’s baby brother’s fiancée to kick things up a notch. Cole Hauser compels as the aloof, surgical vet who won’t back down, be it from the law or the baddies. Pat vigilante raids and retaliation ensue. Again, Willis seems to be in the mix for a paycheck, while Hauser thanklessly carries the bland crime story.