‘Godzilla vs. Kong’: The humans wisely step aside for a battle of titans, with more kaiju ready to join 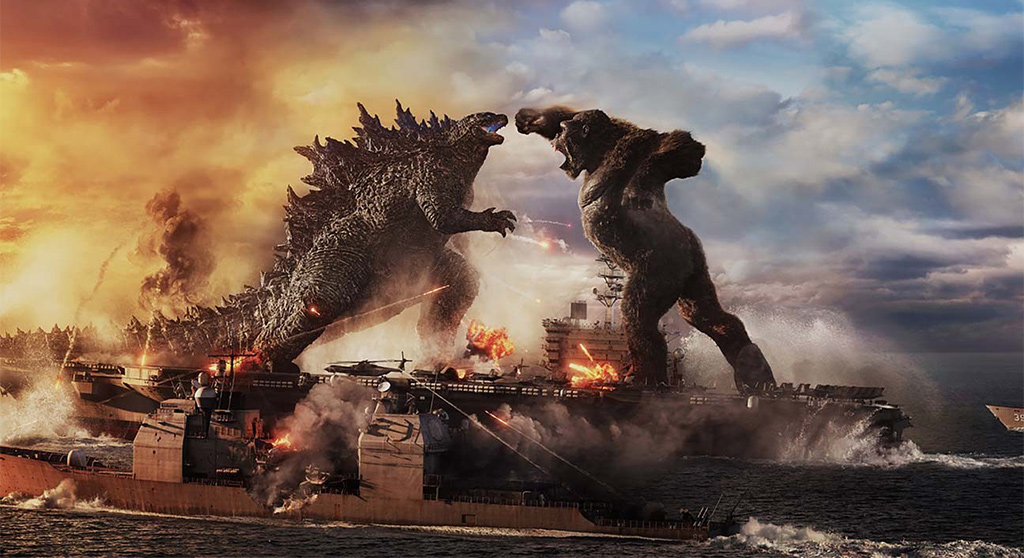 ‘Godzilla vs. Kong’: The humans wisely step aside for a battle of titans, with more kaiju ready to join

Pretty much a toe-to-toe slugfest between two alpha males. Think of any of the three Frazier vs. Ali fights or Ali vs. Foreman in the “rumble in the jungle” classic, but at under two hours, the CGI-propelled monster smackdown of “Godzilla vs. Kong” is more like Hagler vs. Hearns, light, fast and furious. The thing about that epic 1985 middleweight bout was its resonance: People were so awed by the raw brutality, the nuclear salvo of haymakers thrown, so violent and yet balletic, three frenetic rounds that would be watched and rewatched, etching Hagler into Boston sporting lore alongside names such as Orr, Bird, Williams and Russell. (Hagler, who sadly just passed, was one of the most dominant boxers of his era; he hailed from Brockton and became an adopted son of Boston).

Speaking of Boston, the last time we got a look at Godzilla in “King of the Monsters” (2018) he was giving Ghidorah a beatdown at Fenway Park. Here, mumblegore stalwart Adam Wingard (“You’re Next,” “V/H/S”) makes an odd but effective choice of director, and with a phalanx of screenwriters forms a crew that knows that the green screen titans getting it on is the jam; they dispatch the what’s-what with a brief undercard of mumbo-jumbo about there only be one ruling kaiju, and then we get into it. Kong is taken from his tiny island; Godzilla comes for him; and aboard the deck of an aircraft carrier we get round one. Cities in the aftermath get obliterated as the lads wander off into their respective corners. There’s something clearly up with Godzilla, we’re told by myriad humans with thespian mettle (and more Boston connections) including Kyle Chandler (“Manchester by the Sea”), Rebecca Hall (“The Town”) Alexander Skarsgård, Millie Bobby Brown from “Stranger Things” and Brian Tyree Henry. What’s eating the big green lizard is Florida. It’s not Mar-a-Lago, the maskless hordes or hanging chads, but a firm called Apex Corp. that makes giant robots – think “Pacific Rim” (2013). Meanwhile, the humans get to fly around in cheesy, neon-lit space pods as they trail Kong, venturing to the earth’s core to retrieve an artifact that will allow him to level the field with the brash lizard. The journey’s a bit of brief psychedelic wonderment, but the buzz is interrupted by some human-hungry fledglings and a radioactive projectile vomit from Godzilla.

To tell you how the final round goes would be to do a disservice. I can say it’s a worthy climax and, as always with these things, you can be sure the avarice of man has a play in it. And smartly (from a business sense) in this mini-running “MonsterVerse” (two Godzillas, Kong’s “Skull Island” and this) the door’s left open for more.