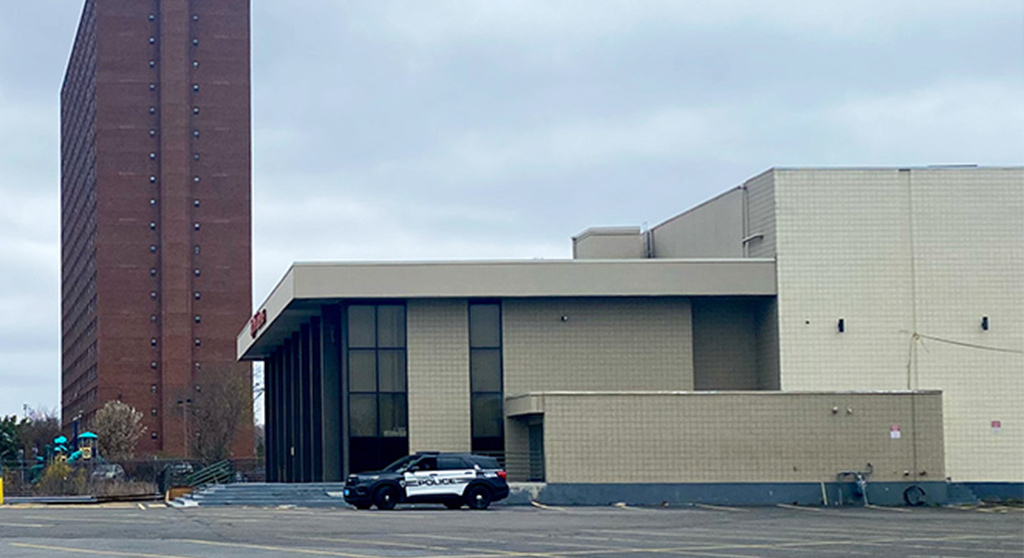 Roll credits on the coronavirus? 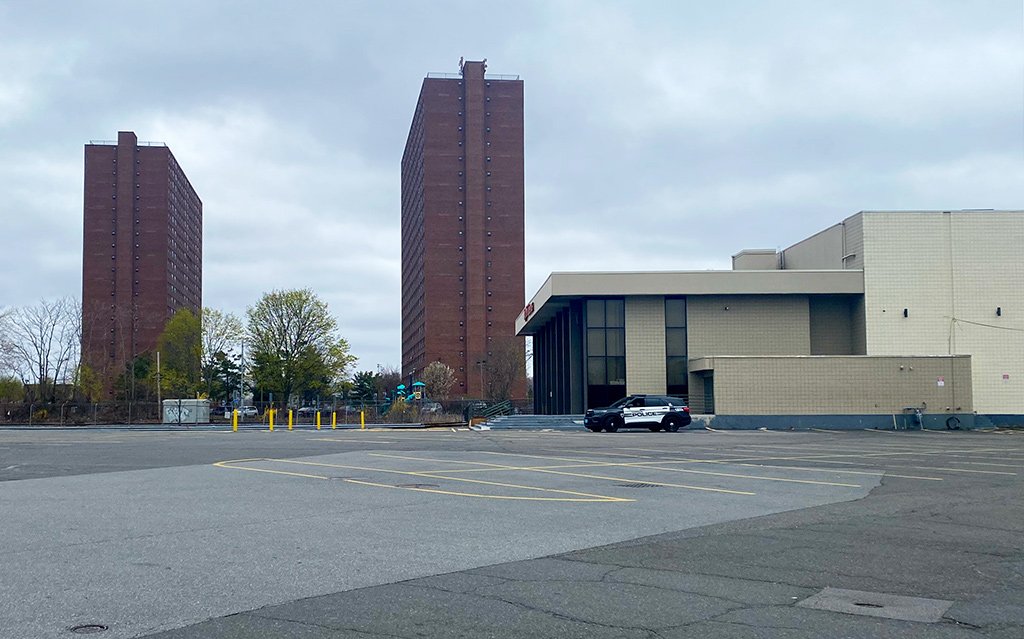 Management of the Apple Cinemas near Alewife have yet to reveal reopening plans – if any. (Photo: Marc Levy)

This is hopefully my last Film Ahead column with a “Coronavirus Edition” header to it. According to Gov. Charlie Baker, the state returns to a post-pandemic normal this Memorial Day Weekend – though it’s not happening so fast in the cinematic world. The Brattle Theatre, being cautious, is waiting to open to the public July 2, with a soft opening for members next month; Arlington’s Capitol Theatre just reopened, but the 23rd edition of the Roxbury International Film Festival next month will be a hybrid version, with some events held virtually. The Kendall Square Cinema has been open throughout much of the pandemic, and while it’s unclear if Apple Cinema in Fresh Pond will reopen, AMC Assembly Row and the Somerville Theatre should be back once the City of Somerville gives theatergoing a thumbs up. The Harvard Film Archive should be back as the university returns to a normal schedule. Keep in mind that requirements and restrictions may vary, so check in advance.

Speaking of a return to normalcy, I took in a film in a theater this week for the first time since Christopher Nolan’s “Tenet” last September. It was a unique experience indeed. The film, “A Quiet Place Part II,” as you can guess, has a lot to do with sound (and horror!), but once the film began I was thrown off by what seemed to be a bot speaking screenplay actions and setting descriptions. At first I thought it might be a gimmick of the film, but I was told by one of the staffers exhibiting the film that it was the wrong file and that what I was experiencing was an audio description version for visually impaired cinephiles. The theater was already downloading a new version of the film. One thing I found interesting, if not enlightening, was to occasionally close my eyes while watching the film.

In the Film Discussion class I teach at Cambridge Center for Adult Education, a recent session was “Revisionist World War II films.” One of the films on the see-and-discuss list, Sam Fuller’s “The Big Red One” (1980) not only makes for a perfect Memorial Day watch, but is an incredible production story in its own right. The title of the film refers to the U.S. Army’s First Infantry, “first into battle” and wearing a red numeral one on the uniform. Fuller, born in Worcester, served as a rifleman in that squad, which fought in campaigns in Africa and across Europe including the bloody and infamous D-Day landing made so cinematic in Steven Spielberg’s “Saving Private Ryan” (Fuller’s version, while less grand, is in many ways far more grim and eye opening) and the liberation of the Falkenau concentration camp in Czechoslovakia. Fuller had a camera with him at that death camp’s liberation, and he would call the result his first film. “The Big Red One” is a rough, nostalgic take on Fuller’s experiences during that campaign; he penned a companion novel to complement the film. Its intimate, unflinching take on the war is akin to Norman Mailer’s “The Naked and the Dead,” adapted by Raoul Walsh in 1958, or “The Thin Red Line” (1998), shot by Terrence Malick (“Badlands,” “The Tree of Life”) from the novel by James Jones (“From Here to Eternity”).

Fuller, who was known for his B-noir films such as “Pickup on South Street” (1958), ran into controversy in the early 1960s delving into darker, envelope-pushing material such as prostitution (“The Naked Kiss”) and the horrors of the mental health ward (“Shock Corridor”) that branded him as something of a pariah in the film industry. He tried to make “The Big Red One” for years, following a few earlier war films including “Merrill’s Marauders” and “The Steel Helmet,” but struggled to get the financing. Between “The Naked Kiss” and “The Big Red One,” Fuller released just a slapdash thriller made in Mexico in 1969, ingeniously titled “Shark,” that starred Burt Reynolds in his first film role – “Jaws” it is not, and a stunt diver was killed by the shark on set. Eventually Fuller the writer would collaborate with critic/writer/producer/director Peter Bogdanovich on the Charles Whitman mass murder dramatization “Targets” (1968, Fuller uncredited), and Bogdanovich would help set up the production of “The Big Red One.” Fuller wanted Bogdanovich to play his alter ego in the film, but Bogdanovich left the project; the role was ultimately filled by Robert Carradine. Mark Hamill, hot after “Star Wars” (1977), was a big add to the cast, as was Lee Marvin as the platoon leader, a gruffer, no-nonsense version of Tom Hanks in “Private Ryan.” Initially the studio wanted John Wayne for that role, but Fuller disagreed and was going to walk away. The war epic was made for a cool $4 million and shot largely in Israel. The film was taken away from Fuller, who died in 1997, but a director’s cut in 2004 called “The Reconstruction” added 47 minutes of footage. Bogdanovich aided in the recut.

George Romero, like fellow cinematic iconoclast Sam Fuller, struggled financially throughout his career. Because he forgot to copyright “Night of the Living Dead” (1968) – formerly titled “Night of the Flash Eaters” – it defaulted to the public domain. To make a dime he did sports documentaries on O.J. and Reggie Jackson. In 1973, as he was gearing up to make “The Crazies,” a take on the Vietnam War and its impact on America, he was approached by Pittsburgh-based Lutheran organization to make a film about discrimination against the elderly. The result was this 50-plus minute film about a senior (Lincoln Maazel) who visits an amusement park that torments seniors. Telling too, the only other segment of people that get duped or pushed aside are Black folks, while young, white couples in love get nothing less than the red carpet treatment. Maazel’s avuncular elder at first is an observer, but is forced into a house of horrors that becomes a rehab center where the elderly are put through rigorous exercises. Later, Maazel is debased by motorcycle thugs. The film is just now being released; as you can imagine, the Lutheran group was horrified by Romero’s take and shelved it. Not sure what they were thinking, or if anyone in that organization had bothered to watch “Night of the Living Dead.” Perhaps they were drawn to the notoriety of a Pittsburgh-based filmmaker with a reputation. Maybe they solicited Andy Warhol for their religious murals? The mysteries of Pittsburgh abound. On Shudder.

D. Mitry’s feature debut as a writer-director is a personal and cathartic one, as it revolves around the disappearance of a young girl in the wake of a car accident (in real life, Mitry’s daughter died in an auto accident). In this delve into grief and reckoning, young Angie Goodwin (Emma Kennedy) rides along with friends in a Jeep that goes off the road and into a river, and vanishes. Her friends escape with just a few cuts and bruises, while Angie’s disappearance leaves her family – grandmother Sylvia (Joanna Cassidy), grandfather Martin (Bruce Davison) and estranged father Dean (Darri Ingolfsson) – in limbo. Then one day Angie shows up in Dean’s apartment in Los Angeles. How she got inside deepens the mystery, and Angie herself, in conversations with Dean and voiceover narration, proves to be quite coy. That’s one of the shackles to this impressively produced drama-cum-mystery: Mitry as a director seems more interested in playing the enigmatic side of the equation while the more germane, emotional side gets neglected. The performances all around, especially Kennedy and Ingolfsson, shore up the film’s diverse threads, which mostly weave together in the end. On Amazon Prime.