‘Ema,’ a blistering new work by Pablo Larraín, joins big-screen looks back at films from Covid 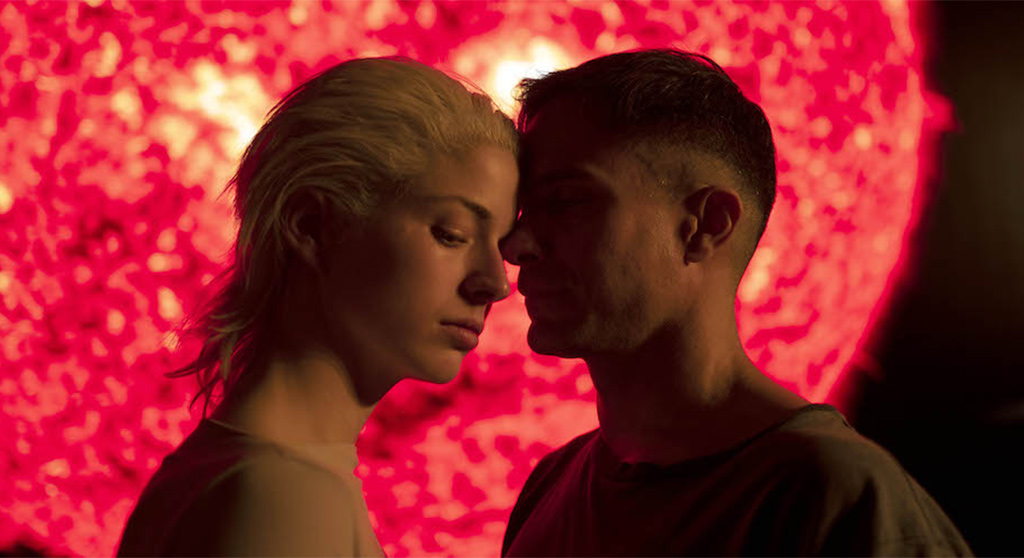 ‘Ema,’ a blistering new work by Pablo Larraín, joins big-screen looks back at films from Covid

There’s more of the best of the pandemic at The Brattle this week. On Sunday, it’s the animated Oscar nominee “Wolfwalkers,” in which a girl befriends another who lives with wolves. Monday night, The Brattle plays “Martin Eden,” Pietro Marcello’s adaptation of the 1909 novel by Jack London about the titular young writer set in a provocatively unspecified moment in Italy with a shifting political landscape (think Bernardo Bertolucci’s “1900”). Tuesday brings a 70th anniversary circulation of the classic noir, “Sunset Boulevard” in 35 mm, and Wednesday the critically acclaimed Korean-American farming saga “Minari,” which scored multiple Oscar nods, one win (Youn Yuh-jung, Best Supporting Actress as the grandmother) and was one of Cambridge Day’s Top 10 Films of 2020. On Thursday comes the latest satire from Sophia Coppola (“Lost in Translation,” “The Beguiled”), “On the Rocks,” with old pal Bill Murray as a free-spirited hedonist and serial philanderer trying to reconnect with his daughter (Rashida Jones). And finally on Friday there’s Natalie Erika James’ “Relic,” something of the all-female version of Ari Aster’s gripping 2018 arthouse horror pleaser “Hereditary” but with Emily Mortimer and Bella Heathcote (“Neon Demon”).

Important note: The Brattle has updated its Covid protocols. Masks are now required at all times except when eating or drinking, regardless of whether you are vaccinated. (Tom Meek)

Shot with electrifying energy by director Pablo Larraín (“Jackie,” “No”) and anchored by two magnetic performances, “Ema” is superb storytelling and one of the best recent films to utilize music without being an actual musical. The film stars Mariana Di Girólamo and Gael García Bernal as the titular Ema and Gastón, who have divorced after having to give up a child they adopted in the wake of a terrible tragedy. It’s a complicated look at the life of an artist and the intricacies that come with motherhood, and sparks a conversation about what it means to create and the desire to bring life into the world, whether it is art or another living being. Bolstered by Sergio Armstrong’s lush cinematography, “Ema” may be a difficult watch, but is one that provokes and further showcases the director’s seemingly endless capabilities. (Ally Johnson) At Landmark Kendall Square Cinema, 355 Binney St., Kendall Square.

Blue-on-Black violence gets put under the microscope here, shining a light on some of the nuances, municipal shenanigans and complications of deadly police response and the tangled process of justice. Cut and dried as the George Floyd case was, this is not. A white police officer named Bishop (Brian Geraghty, “The Hurt Locker”) and his Black partner Nika (Sharon Leal of “Dreamgirls,” great here) respond to a hostage call where Bishop enters a home and shoots a Black man (Chiké Okonkwo) coming at him with a broken beer bottle. The man dies, and subsequently we learn that he’s a beloved football coach and father and the call was a prank known as “swatting” that sends first responders to the house of a target where there is no crime happening. The department wants Bishop to get in line with a “feared for his life” defense. As we go into the final loop with Bishop off the grid and ultimately to a trial, things begin to feel a bit preachy and heavy-handed. One thing it made me wonder about was the ethnicity of writer-director Michael Nell, and whether it should matter. I’ve yet to execute that Google search, because in my mind the film is the film and its provocative pokes – which is the film’s genuine appeal beyond the nice job Nell does of building it as a mystery-thriller of sorts – should resonate on their own. (Tom Meek) On Amazon Prime.

In Anne Fontaine’s modern-day retelling of the Brothers Grimm tale “Snow White,” Isabelle Huppert plays the evil stepmother with the same kitsch and aplomb she conjured for the similarly perturbed sociopath of “Greta” (2019). The setup has Huppert’s widowed Maud jealous of the youthful charms of her stepdaughter Claire (Lou de Laâge, who starred In Fontaine’s “The Innocents”), whom Maud’s new suitor suddenly has an interest in. There’s a kidnap plot and a rescue by a hunter in the woods where Claire doesn’t encounter seven dwarves, but seven lovers, or wannabe lovers – yup,“White” has a steamy “Emmanuelle”-esque side to it. de Laâge carries her part well and the chemistry and contrast with Huppert clicks, as does the lush cinematography by Yves Angelo and commanding score by Bruno Coulais (“Wolfwalkers”), but the blending of fairytale and saucy drama as well as the flip from woods to haute urbanity don’t so much. Ultimately, “White” feels like a wonderment sans the wonder. Huppert was the reason to see “Greta,” and she’s the main draw here too. (Tom Meek) Opens Friday at Landmark Kendall Square Cinema, 355 Binney St., Kendall Square.