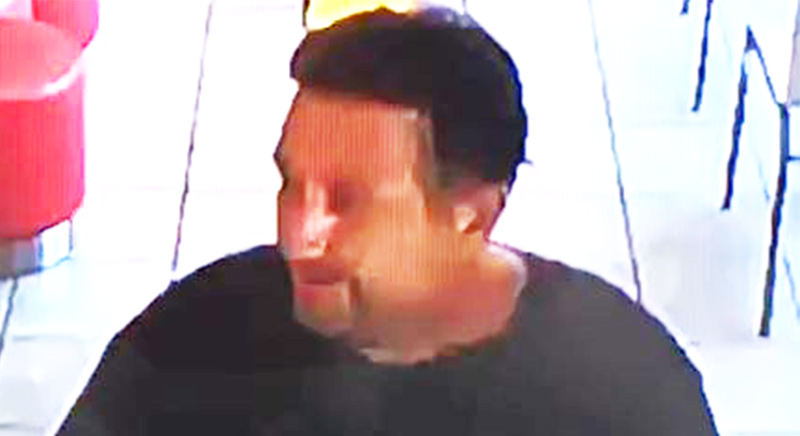 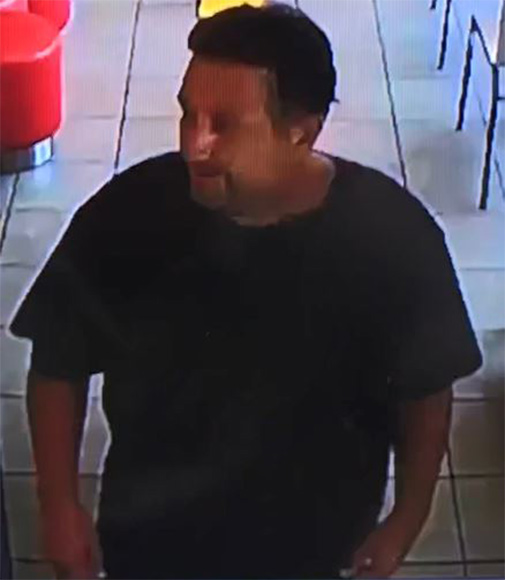 An image of the man police sought after a series of crimes Thursday. (Photo: Cambridge Police Department)

A Cambridge man was taken into custody without incident early Tuesday for quick arraignment in Cambridge District Court on charges of armed robbery and armed carjacking.

Dennis Kelley, 43, was arrested on warrants out of the court as a suspect in a series of crimes Thursday, starting with showing a gun and robbing an employee at Super Nails, 389 Cambridge St., East Cambridge, at approximately 12:24 p.m.

The man police suspect to be Kelley then fled on foot with cash and a stolen cellphone to a McDonald’s on McGrath Highway in Somerville, encountering a Medford woman who later said her Toyota RAV4 was taken at gunpoint in the parking lot. The carjacked vehicle was found abandoned in Somerville near railroad tracks off McGrath Highway.

The robber and carjacker believed to be Kelley fled on foot, eluding an extensive search by Cambridge, Somerville and state police, authorities said.

“As a result of a diligent follow-up investigation led by Cambridge police detectives and valuable assistance from the general public and local law enforcement, the Cambridge police secured an arrest warrant for Kelley late last week,” said Jeremy Warnick, director of communications and media relations for Cambridge police.

Kelley was taken into custody by detectives with Cambridge police, the Massachusetts State Police Violent Fugitive Apprehension Section and members of the U.S. Marshals in Boston. State police said he was found walking on Boston Common after officers learned that he might be staying in Boston homeless shelters.

Previous media reports identified Kelley as accused by Barnstable police of selling heroin in 2011, when he faced charges “including being an armed career criminal, unlawful possession of a firearm and unlawful possession of ammunition,” the Cape Cod Times said. “Kelley’s criminal record includes convictions for rape of a child with force, rape and abuse of a child, and indecent assault and battery on a child under 14.”

State police confirmed that Kelley was convicted in 2011 as an armed career criminal and has been categorized as a Level 3 sex offender.