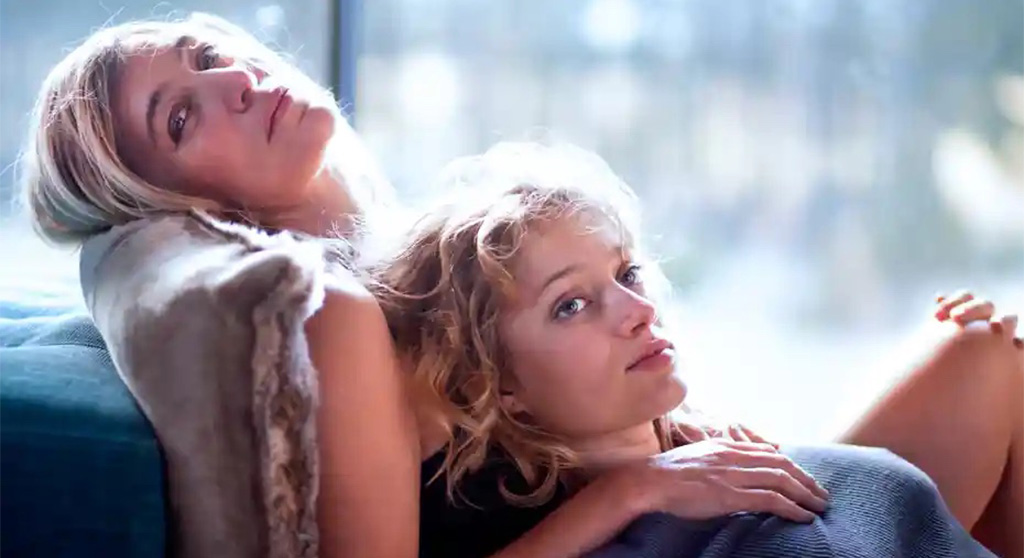 This week we lost longtime character actor Dean Stockwell, whom most may remember for the 1990s TV series “Quantum Leap,” but as a child actor starred alongside Gregory Peck in “Gentleman’s Agreement” (1947), Frank Sinatra and Gene Kelly in “Anchors Aweigh” (1945), Errol Flynn in Rudyard Kipling’s “Kim” (1950) and Robert Ryan in “The Boy With Green Hair (1948). As the ’50s melted into the ’60s, Stockwell would move into more mature and notable roles opposite Katherine Hepburn and Jason Robards in the Sidney Lumet production of the Eugene O’Neill classic “Long Day’s Journey Into Night” (1962) and “Compulsion,” the 1959 depiction of the Leopold and Loeb murder case, helmed by Richard Fleischer and also starring Orson Wells. For both films Stockwell would garner award recognition at Cannes. In 1989, he would be nominated for an Academy Award for his role as Tony “the Tiger” Russo in Jonathan Demme’s “Married to the Mob.” My favorite Stockwell turn, and I think everyone’s favorite, was as a foppish nightclub singer crooning Roy Orbison’s “In Dreams” in David Lynch’s edgy, atmospheric signature work, “Blue Velvet” (1986). Other favorites include his turn as a stoic attorney the year before in William Friedkin’s day-glo crime drama “To Live and Die in L.A.,” and a year earlier in Wim Wenders’ “Paris, Texas” as one of two brothers (Harry Dean Stanton the other) looking to reunite in the wake of unhappy circumstances.

The Brattle continues its run of the restoration of Andrzej Żuławski’s uniquely bizarre “Possession” this week. The 1981 film’s something of a psychodrama that morphs into an arthouse horror-thriller when a spy (Sam Neill) returns to his West Berlin home to find his wife Anna (Isabel Adjani, in a role that earned her Best Actress props at Cannes) insistent on a divorce. Is she having an affair or suffering general malaise? Hard to tell, but what’s that weird, tentacled creature lurking around her secret flat across town? The film’s not available in the streaming-verse, so seize on this rare opportunity. Also this week, The Brattle kicks off “Noir-vember” with “Gilda” (1946) on Friday. Directed by Charles Vidor, the film stars Glenn Ford as a small-time gambler in Buenas Aires who comes across his ex-girlfriend (Rita Hayworth) on the arm of the wealthy owner (George Macready) of the casino he’s scamming. On Saturday there’s Alfred Hitchcock’s 1946 spy thriller, “Notorious,” starring Cary Grant, Claude Rains and Ingrid Bergman – not sure it fits the “noir” label, but.

Other special engagements this week include “No Ordinary Man” (2020), screening Tuesday. Aisling Chin-Yee and Chase Joynt’s documentary focuses on American jazz musician Billy Tipton, who passed away in the 1980s; it was later revealed that Billy was not born a he, but a she, trans long before the phrase made it to mainstream lips. On Thursday, the Association of Moving Image Archivists presents an “Archival Screening Night Roadshow,” a cinematic wonder-wheel of clips from Mexico, Thailand and New Zealand as well as such things as an appearance by the Tympany Five, a dancing Bobcat (wait for it, it’s not what you think), Chocolate Boogie breakdancing and Jack Lemmon’s first screen appearance. Friday kicks off a three-day run of Iván Zulueta’s 1980 horror film within a horror film, “Arrebato,” about a lo-fi filmmaker struggling with his latest project, heroin and a mercurial lover when some “lost footage” shows up. The moody Spanish downward descent marks a perfect bookend to Żuławski’s “Possession.”

This psycho thriller from Dominik Moll (“With a Friend Like Harry …”) gets told in five chapters and borrows heavily from Kurosawa’s classic multiple points-of-view narrative, “Rashomon.” It’s a gripping buildup as a woman goes missing in a provincial French farming village, and another woman has an affair with her neighbor while her husband falls for an Internet ingénue who’s really the persona of a scammer in Africa looking for fast cash from lonely, desperate people. Murder, superstition and misconceptions propel a weave that keeps folding back on itself – and smartly so for the first half. Riveting questions pervade (why does a sheep farmer harbor a dead corpse in his barn, and who shot his dog?) and the answers are not what you suspect. As the film comes around the bend two-thirds in, though, connections and big reveals become far too convenient and coincidental to feel real. At Landmark Kendall Square Cinema, 355 Binney St., Kendall Square.

Ryan Reynolds, Dwayne Johnson and Gal Gadot star in this heist comedy that without pretense borrows whole pieces from other movies (“The Pink Panther,” “National Treasure” and “Raiders of the Lost Ark,” to name a few). The secret sauce is the chemistry between the three leads, with Reynolds and Gadot as rival world-class art thieves and Johnson as the FBI agent ever on their trail. After Reynold’s Nolan Booth steals a rare Fabergé-like egg (one of three fictional golden eggs given to Cleopatra by Mark Antony) from an Italian museum, Godot’s cat burglar, known as The Bishop, swoops in, snatches the egg and lands Booth and Johnson’s agent Hartley in a maximum-security prison in Russia. From there on it’s a game of one-upmanship, with Gadot slightly less wholesome than her “Wonder Woman” role – her Bishop applies electroshock torture to Hartley’s manhood – and Reynolds doing a PG-13 rendition of his irreverent “Deadpool” incarnation, while Johnson gets to whistle John Williams’ classic theme from “Raiders.” It’s fun for a while, but goes on too long for its own good. On Netflix.

Jesse Moss, who trained his lens on the inner workings of a youth mock political convention with “Boys State” (2020), follows the 2020 presidential campaign of upstart South Bend, Indiana, mayor Pete Buttigieg. What makes Mayor Pete’s campaign intriguing is that if elected he would be the youngest president ever elected, the first to go from mayor to the White House and the first in the United States to be openly gay. Some of the challenges along the way are a shooting of a black Sound Bend man by a white police officer and Buttigieg’s lack of emotional affect. The matter of being gay catches plenty of light, but it never feels like Moss gets at the history of hate and homophobia enough. Much of the film is on-the-trail footage and interviews with reactions to the early ups and inevitable final down. It’s a fitting portrait and an inspirational one, no doubt, but it just scratches the surface. On Amazon Prime Video.