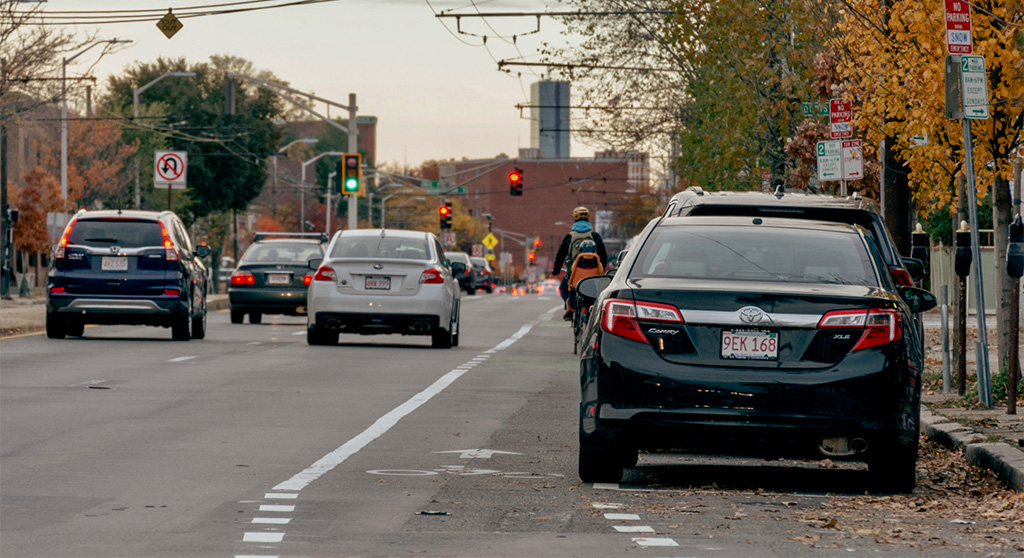 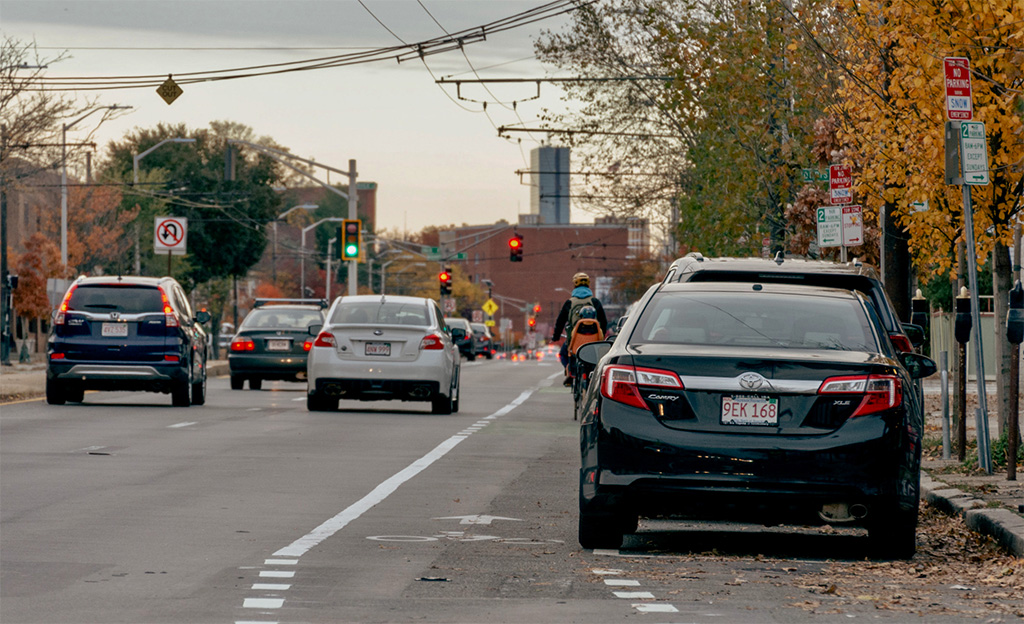 A contentious 5-4 vote on Monday approved a policy order asking the city manager to report on fire safety and accessibility for people with disabilities on a section of Massachusetts Avenue getting new bike lanes.

That half-mile section of Massachusetts Avenue between Dudley Street and Alewife Brook Parkway in North Cambridge has ignited debate around bike lanes in general, though current work and the order are squarely focused on the small North Cambridge section.

Better communication around updates to the plans was also urged by councillor Marc McGovern, who said many people might not know that parking spaces for people with disabilities had been added to plans for North Massachusetts Avenue “unless you were at the most recent meetings.” But there was always inherent conflict in the model used by the city, which puts “quick-build” installations in place and evaluates the results to see if changes are needed.

The order introduced by Nolan tried to walk the line between supporting new bike lanes and calling for more visibility into issues the community has raised. “I still stand behind the idea that we have a network of bike lanes across the city and we also have to think very carefully about how we can ensure that we do meet the needs of some of the other residents who are not relying on bikes and walking,” Nolan said.

Councillors Simmons and Tim Toomey opposed the order because it didn’t halt implementation of the work that had begun in North Cambridge. “There should be a pause on this until everybody knows exactly what’s going to take place,” said Toomey, despite detailed plans being available on the city website for the last month.

Meanwhile, councillors Jivan Sobrinho-Wheeler and Quinton Zondervan voted no because they worried the order sent the wrong message and would delay implementation, despite its language about not affecting the timeline of the North Cambridge section. “I think we need to have the courage of our convictions and stick with it,” Zondervan said.

In the end, the order passed by the narrowest of margins. The pushback on bike lanes in general suggests the city’s designs for the rest of Massachusetts Avenue will be under intense scrutiny when they are released before their May 2022 deadline.

Public comment on Nolan’s narrow policy order reflected continued concern over the bike lanes in general. Alex Meriwether, general manager of Harvard Book Store – approximately 2 miles from current construction in North Cambridge – called the elimination of on-street parking an “existential threat” to his business posing collateral damage to surrounding businesses and restaurants that benefit when people come to shop or attend events at his store. He also wondered how he would get the needed “hundreds of pounds of books delivered to us with multiple deliveries and pickups every day … [some of which] come on freight trucks, and blockbuster bestsellers are delivered on pallets, which can’t be delivered on side streets or [at] specific hours.” 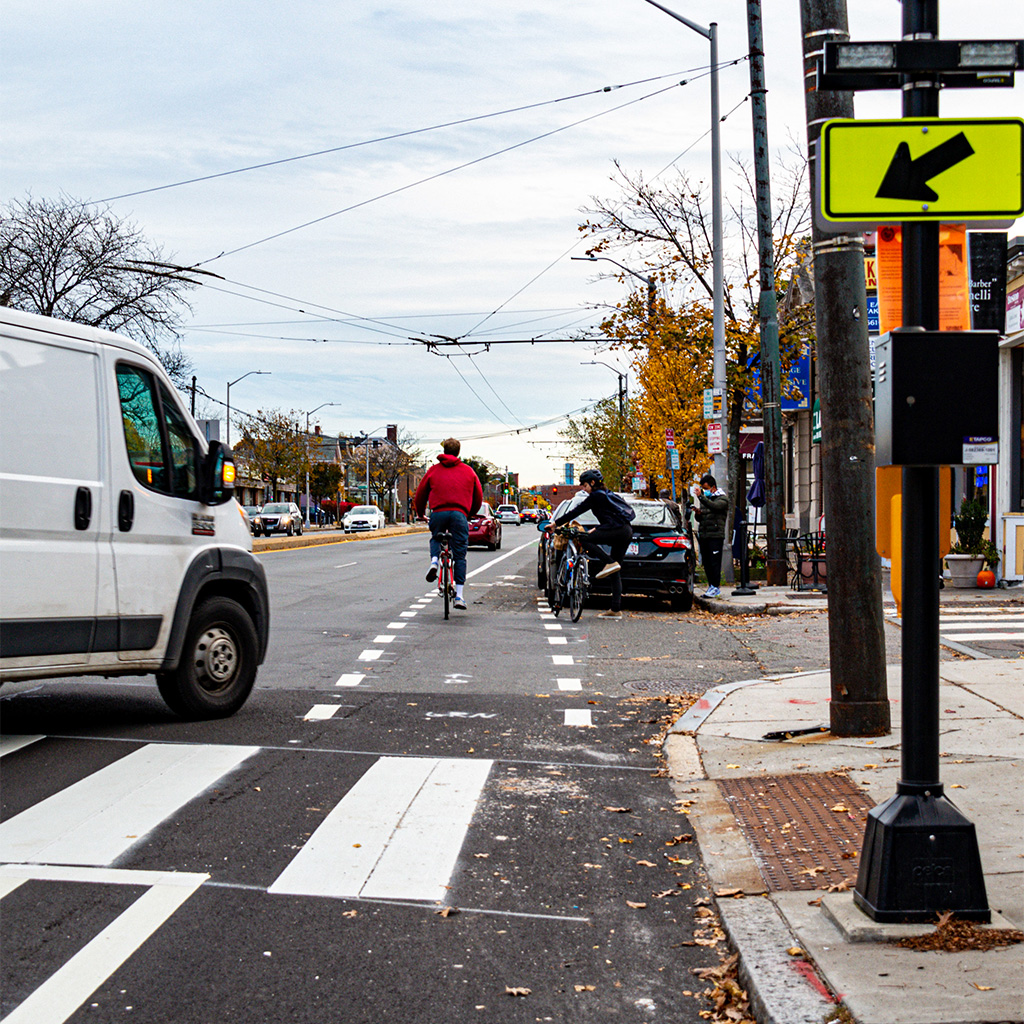 The city’s updated Cycling Safety Ordinance targets different sections of Massachusetts Avenue with different timelines, depending largely on the complexity of the current configuration. The work underway in North Cambridge coincides with the start of the public outreach process for the so-called MassAve4 – particularly difficult stretches of the road that needed further analysis. The city must get approval for plans on these stretches by the end of April:

The city held four listening sessions between Saturday and Tuesday to begin gathering community input on two of these sections: between Beech and Dudley and between Waterhouse and Roseland.

A preliminary impact analysis on the MassAve4 raised alarms in the community in May for studying options that included the elimination of a large amount of parking. At the time, stakeholders ranging from bike safety advocates to business owners were unified in their opposition to the plan. “It’s not reasonable to eliminate all parking between Harvard and Arlington and make no changes to buses. It’s not what the bicycle community is asking for,” said Nate Fillmore, of the group Cambridge Bicycle Safety.

The blowback from that report continues. On Thursday, Frank’s Steak House, in a MassAve4 section, posted on Facebook highlighting the city’s recent public outreach and saying the city intends to remove “every parking space from Harvard Square to Arlington.” In fact, the city was clear in May that the impact analysis was the beginning of its process and hinted that plans could change significantly by the May 2022 deadline – but outreach hadn’t reached Frank’s Steak House, or wasn’t trusted.

“We really are just trying to start that process by understanding those impacts and then coming back over the next year for discussions with the City Council,” Joseph Barr, director of the city’s Traffic, Parking & Transportation Department, said in May.