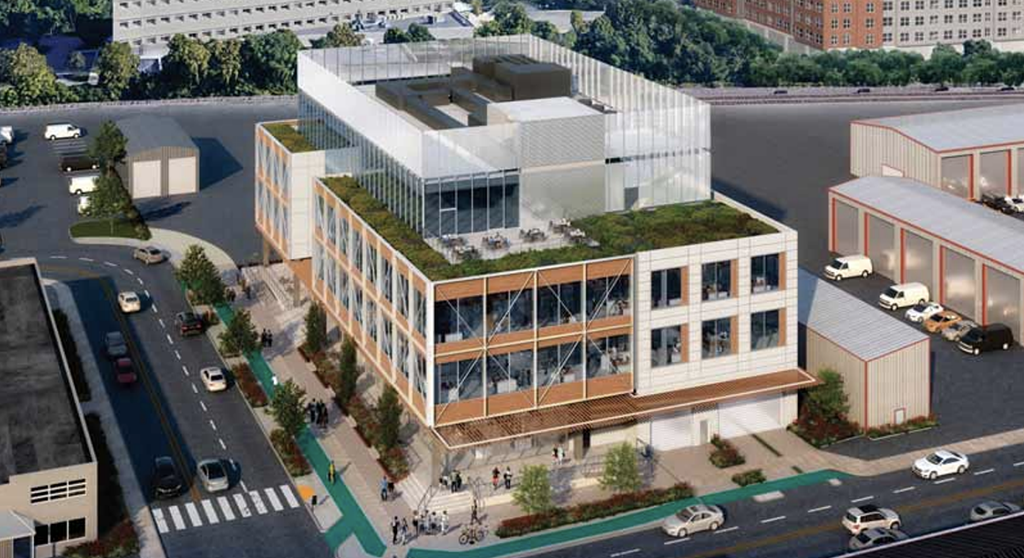 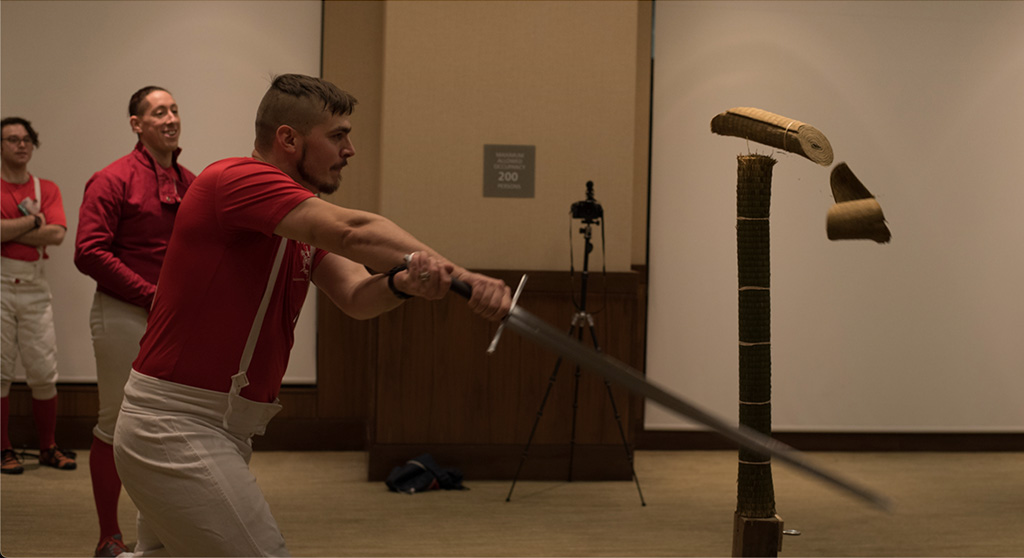 Tucked away in the wilds of Cambridge – near Alewife – lies what is essentially a ninja training center: Visitors to a single building can go from learning parkour to taking kung fu lessons and training with the longsword using the teachings of 14th-century fencing master Johannes Liechtenauer.

The building is slated to be torn down to become lab space, though, and neither kung fu nor sword skills can hold off bulldozers.

A moratorium on adding office and lab space in the Alewife area might, at least for a while. The moratorium proposed by the city council was inspired by the land purchases of a company called Healthpeak but it applies to a broad area, not a specific developer. It was a Cabot, Cabot & Forbes affiliate that filed plans in October for a four-story lab development at 160-180 Fawcett St., between properties now owned by Healthpeak in the Alewife Quadrangle section of the Cambridge Highlands neighborhood.

The space is now a site for the Gymnastic Academy of Boston, which teaches tumbling and parkour to kids; the Athena School of Arms, which describes itself as “a nonprofit Historical European Martial Arts school, an affiliate of the Historical European Martial Arts Alliance and an active member of the New England Sword Gathering”; and a Wu Dao kung fu and tai chi studio. The building also hosts Ava Robotics, which specializes in “telepresence” – sort of like iPads using Zoom on top of Segways – and roving disinfectors and security cameras. 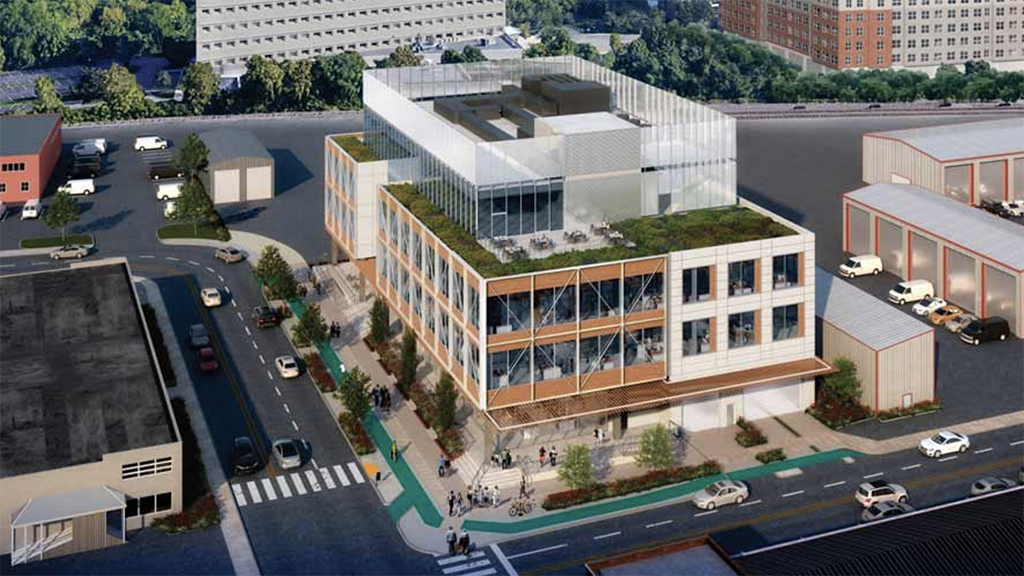 A rendering of what Cabot, Cabot & Forbes hopes to build at 160-180 Fawcett St. in the Alewife Quadrangle of the Cambridge Highlands. (Image: SGA)

On Monday, an executive with The Davis Cos. warned the City Council that the moratorium – proposed to last through 2023 unless updated Alewife zoning is adopted sooner – would disrupt its work underway in the area. But neither councillor Dennis Carlone, an urban designer and current Ordinance Committee co-chair, nor senior Planning Board member Hugh Russell was certain Friday how ongoing projects would be affected.

“It’s possible to initiate a moratorium before we approve a project out there,” and a project without approvals would be more likely to be vulnerable, Russell said. “How it’s going to play out, I don’t know.”

Cabot came before the Planning Board in October 2019 with a proposal for a 26-acre, mixed-use rezoning called the “Alewife Quadrangle Northwest Overlay District,” with the developer’s own land as a centerpiece. After four rejections over the years, the company sold 12 acres to Healthpeak last summer and now is on the board’s Dec. 7 agenda with a tightly focused plan: Tearing down a 22,832-square-foot, two-story wood gymnasium and office building built as a warehouse in 1965 and replacing it with 58,456 square feet of labs and a 55-space, single-level, below-grade garage at Fawcett Street and Smith Place. The Cabot offshoot CCF Fawcett Street Property Co. bought the property from G.A.B. Crossroads last December for $9.6 million in Dec. 15 from G.A.B. Crossroads, more than $600,000 over the list price.

The Stubblebine Co. of Lexington, the property’s marketer for Cabot, issued a brochure pitching it as a “build-to-suit development opportunity.”

Though the council’s moratorium is described as a chance to enact zoning based on decades of planning – the three-year Envision process being the latest – companies such as The Davis Cos. and Cabot say their proposals follow that planning already. 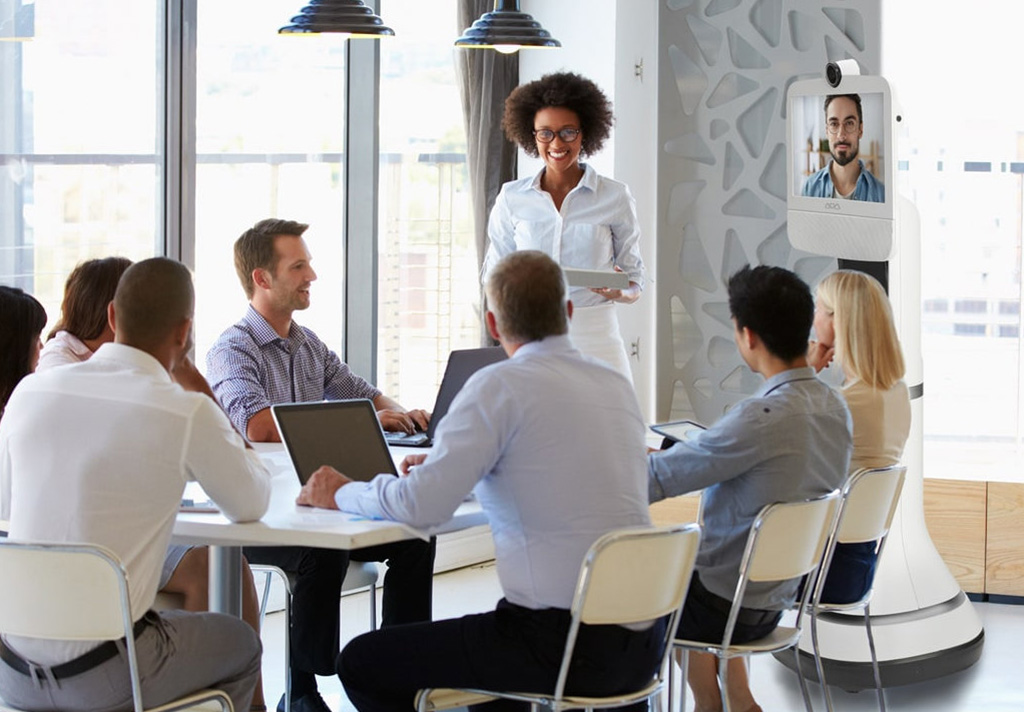 Ava Robotics, which builds “telepresence” machines, is another tenant due to be ousted by redevelopment. (Photo: Ava Robotics)

“Design for the [180 Fawcett proposal] was guided by the Envision Alewife Plan as a furtherance of the Concord-Alewife Plan,” said Matt D’Amico, development manager for the CCF Fawcett Street Property Co., in documents submitted to the Planning Board.

It can take months or year for a larger development plan to make it through the permitting process when a special permit or variance is needed. Cabot seeks a special permit for relief from requirements for off-street parking, density and height limits, a reduction of the amount of green roof and more. But the council’s moratorium could take a long time too. It has to go to the Planning Board and the council’s Ordinance Committee to become actual proposed zoning before it can make it back to the full council for a vote.

While the Cabot proposal arrives before the Planning Board in less than three weeks, an Ordinance Committee hearing for the moratorium hasn’t been scheduled.