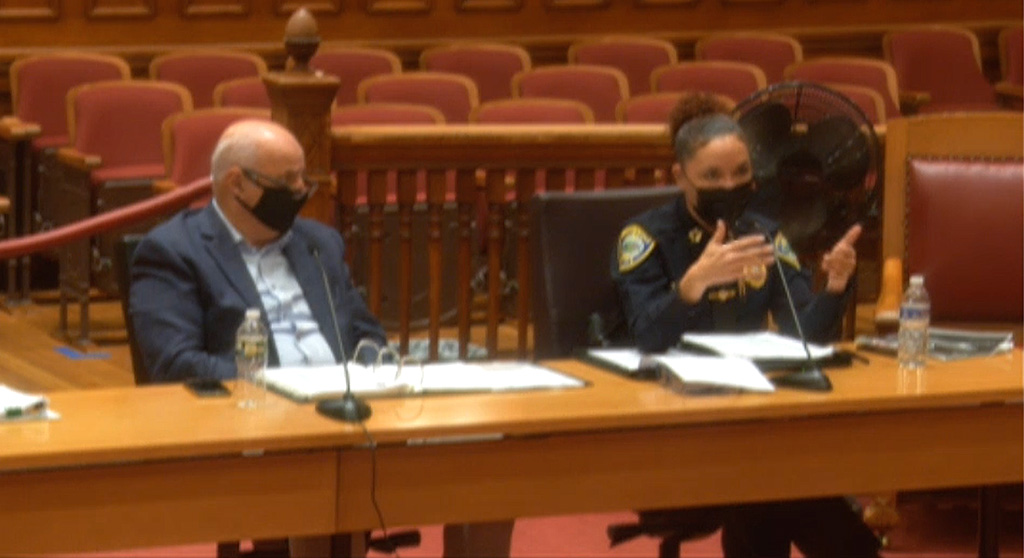 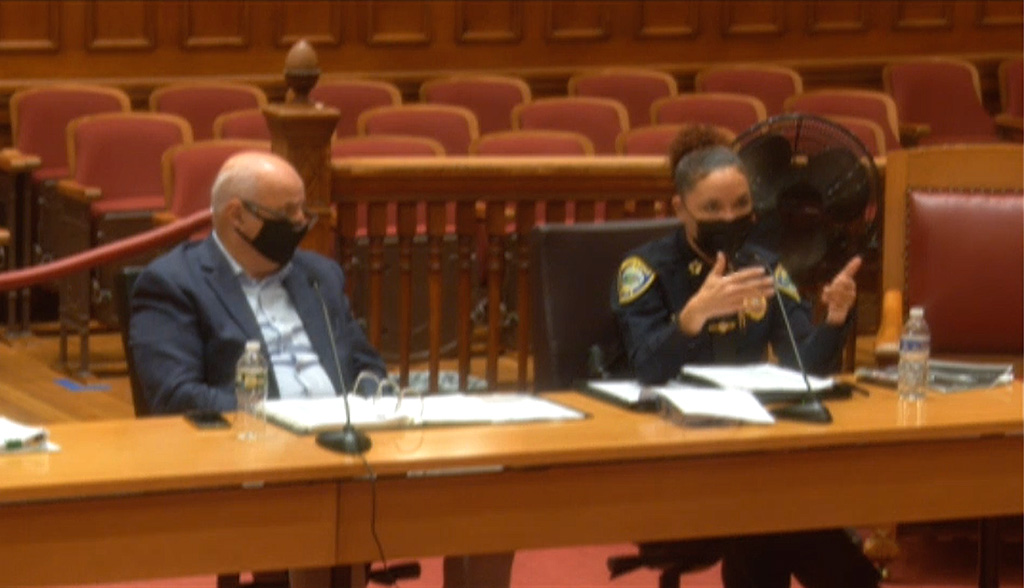 Details were added Monday to the story of an arrest in Central Square that concerned city councillors for reasons ranging from the use of police resources to the risks of having a passerby take part in a police action.

Police stopped a man Oct. 17 because he looked like the person who shoplifted candles from a Walgreens – and, opening his backpack to officers, he revealed himself as the culprit, according to a report and testimony by acting police commissioner Christine Elow. When two officers tried to handcuff him for a further search and it turned out there was a warrant for his arrest for failing to register as a sex offender in Boston, “it escalated really quickly,” Elow said.

The 58-year-old suspect, no longer cooperative, punched the officers in the face and body. While it was already known the officers were off work “for several shifts” from the fight, Elow added Monday that one suffered a concussion. (The suspect was carrying a knife that was not used in the altercation, police said.)

Councillors asked about officers’ discretion in pursuing a smaller property crime such as shoplifting when it might result in such violence, but Elow said police were required to follow up on the reports they get – and in this case there was one, from a Walgreens manager. “The discretion that we have is either a summons or an arrest in this particular case,” Elow said. “When it comes to shoplifting, arrest is not the preferred response, and use of force is never a preferred response. We want to try to deescalate and defuse these situations as quickly as possible … when we can.”

A police Twitter thread from August told a different story resulting from a shoplifted candle, in which an officer found a suspect and “asked the man why did he steal the candle? The man explained he was homeless, had no money & it was his mother’s birthday. Our Officer then encouraged him to return the candle & pick out a birthday card he would pay for out of his own pocket.” Neither a summons nor arrest was mentioned in the tweets, though.

During the Oct. 17 arrest, “when they were not able to get control of [the suspect] with their hands on due to the number of punches that they sustained,” one of the officers tried to call for backup but his radio wasn’t where it needed to be because “his uniform was ripped because they were in a struggle,” Elow told councillors.

A passerby who stopped to help get the suspect to the ground and handcuffed is an Army veteran  and a “trained security guard,” Elow said, confirming what her written report did not: The passerby had his own expandable baton. He stopped to help because as he drove past the arrest “what the bystander witnessed was one really small officer – he didn’t see the other officer – and a much larger subject engaged in a physical confrontation,” she said. And once involved in the arrest, “our officer was also controlling the actions of that bystander … you can see that subject clearly going behind the officers listening to those commands.”

Elow listed other times bystanders have come to the aid of Cambridge officers over the years, including herself.

“I was driving down into Cambridge Street and I saw two people beating up on a third person who was on the ground, just punching them. I was by myself. I got out of my vehicle and called for radio help but had to go and intervene with these two people … And as I issued some verbal commands, they both started to come at me. And there was a couple of people that were around that stood with me and kind of held the two people off as other police officers came,” Elow said. “We have seen bystanders come and help the police in a number of different occasions. As a community, if an officer if any citizen needs some help, we want people to come and help.”

Councillor Marc McGovern said that as a social worker, his training in crisis intervention told him that controlling the environment was crucial, and the intervention of a bystander could make a situation less predictable.

“I do worry a little bit about the bystander piece. I agree that sometimes it’s helpful, but sometimes it may not be,” McGovern said. “It could get dangerous in a hurry, as we’re seeing on a national scale … in this case, it didn’t. But if he had a different type of weapon than a baton, you just start to worry.”

Elow said Cambridge police were “sensitive to some of the national conversations that are going right now” around civilians trying to help police – the exoneration of Kyle Rittenhouse, a teen who killed two people during a protest, is fresh in people’s minds – but repeated that the Central Square bystander  had been “tightly controlled.”