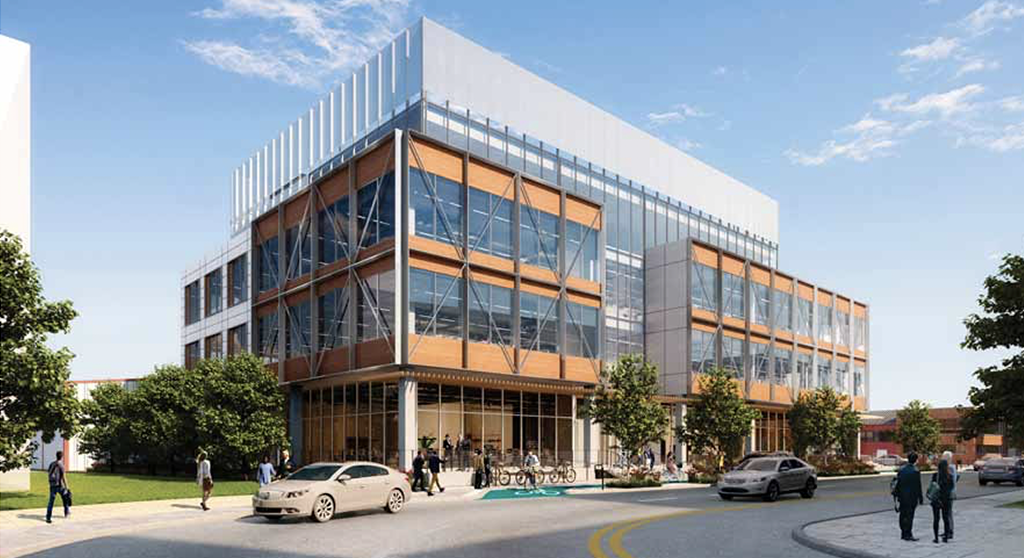 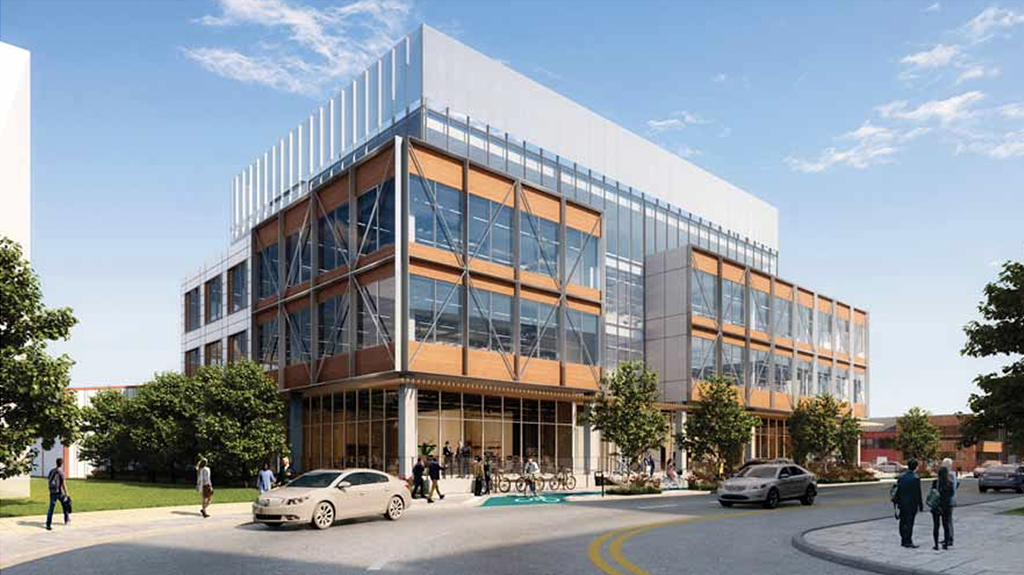 An Alewife lab building proposal appears before the Planning Board on Tuesday. (Image: SGA)

City Council, 5:30 p.m. Monday. Just because protected bike lanes are in place on North Massachusetts Avenue doesn’t mean the conflict is over – witness an order condemning whoever put tacks and bricks in the lane at Massachusetts Avenue and Cameron Avenue on Nov. 18, causing a crash and $700 in damage to rider Paul Shaskan’s bike, and such actions in general. There are also a few resident letters on bike lane issues, and a call from two councillors to reassess how the lanes are put in place from now on. Another transportation-related order opposes MBTA plans for replacing buses that favors a diesel-heating approach over electric vehicles, while another environmentally themed order would seek approval from the state Legislature for a greenhouse gas emissions net-zero standard on new construction, aligning with a city plan adopted in 2015.

Speaking of home rule petitions and long-delayed goals: The city solicitor has come back with a take on campaign finance reform laws that could help take two related orders off the table. The council will also likely go on record supporting Covid-era reforms that make voting more accessible even in the increasingly unimaginable time there’s no coronavirus complicating casting a ballot. Speaking of Covid, there’s a proposal to enable home testing for seniors and others who can’t get around easily; and another to consider how to help teens who answered a recent troubling student health survey showing how the pandemic has worsened mental health. The council meets at City Hall, 795 Massachusetts Ave., Central Square. Televised and watchable by Zoom video conferencing.

School Committee Special Education and Student Supports Subcommittee, 6 p.m. Monday. Leadership and goals for an Office of Student Services is introduced, and updates will be heard from the Special Education Parent Advisory Council and about special education services at after-school programs. Televised and watchable by Zoom video conferencing.

School Committee, 6 p.m. Tuesday. A light meeting in terms of agenda items, but heavy emotionally as the committee considers a resolution in honor of Salman Almarzooqi, a student who died Nov. 24. There will also be a presentation on social-emotional learning and mental health, which sounds like another follow-up to Tuesday’s meeting looking at that latest teen health survey. A closed-door session is expected at 9 p.m. to discuss contract negotiations with acting superintendent Victoria Greer. Televised and watchable by Zoom video conferencing.

Planning Board, 6:30 p.m. Tuesday. The board plans a hearing about a four-story lab development at 160-180 Fawcett St. that is interesting for what it will displace – among other things, a maker of robots and the Athena School of Arms, “an affiliate of the Historical European Martial Arts Alliance” – and the chance it’ll be affected by a City Council-proposed moratorium on labs and offices in the immediate area. There’s also a minor amendment to MIT plans near Kendall Square to consider (for its SoMa project, standing for “South of Main”) and an extension request from BioMed Realty for its project on Third Street in Kendall Square. Televised and watchable by Zoom video conferencing.

Health & Environment Committee, 10 a.m. to noon Wednesday. This committee run by city councillor Quinton Zondervan will meet to discuss the redesign of Central Square’s Carl Barron Plaza with a focus on the needs of the unhoused and related ideas presented in October. The committee meets at City Hall, 795 Massachusetts Ave., Central Square. Televised and watchable by Zoom video conferencing.

Ordinance Committee, 5:30 to 7:30 p.m. Wednesday. This committee run by city councillors Dennis Carlone and Marc McGovern will talk about a zoning petition that would change the formula for front and side yards – an attempt at amending the recently passed Affordable Housing Overlay zoning that’s due for a Part II in the form of changes to parking rules. Both arrive before the Planning Board at its Dec. 21 meeting. The committee meets at City Hall, 795 Massachusetts Ave., Central Square. Televised and watchable by Zoom video conferencing.

License Commission, 10:30 a.m. to 1:30 p.m. Thursday. Retired commission executive director Elizabeth Lint apparently wasn’t the sole problem with commission planning, as the body’s mystery agendas have returned: This meeting is so far advertised by successor Chris O’Neil as saying simply that the agenda “will be posted at least 48 hours before the meeting date/time” – which is interesting when keeping in mind examples such as this of the commission in action. Watchable by Zoom video conferencing.