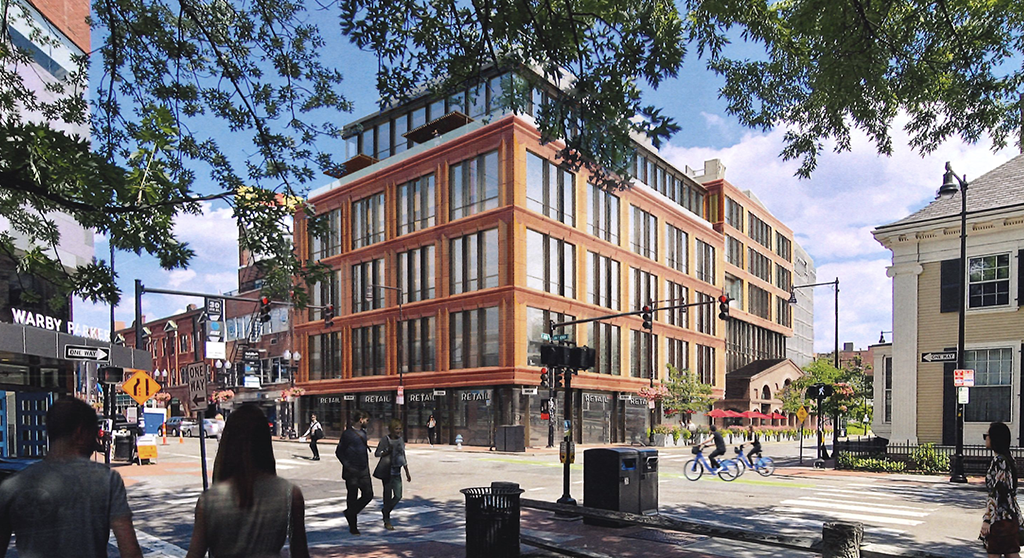 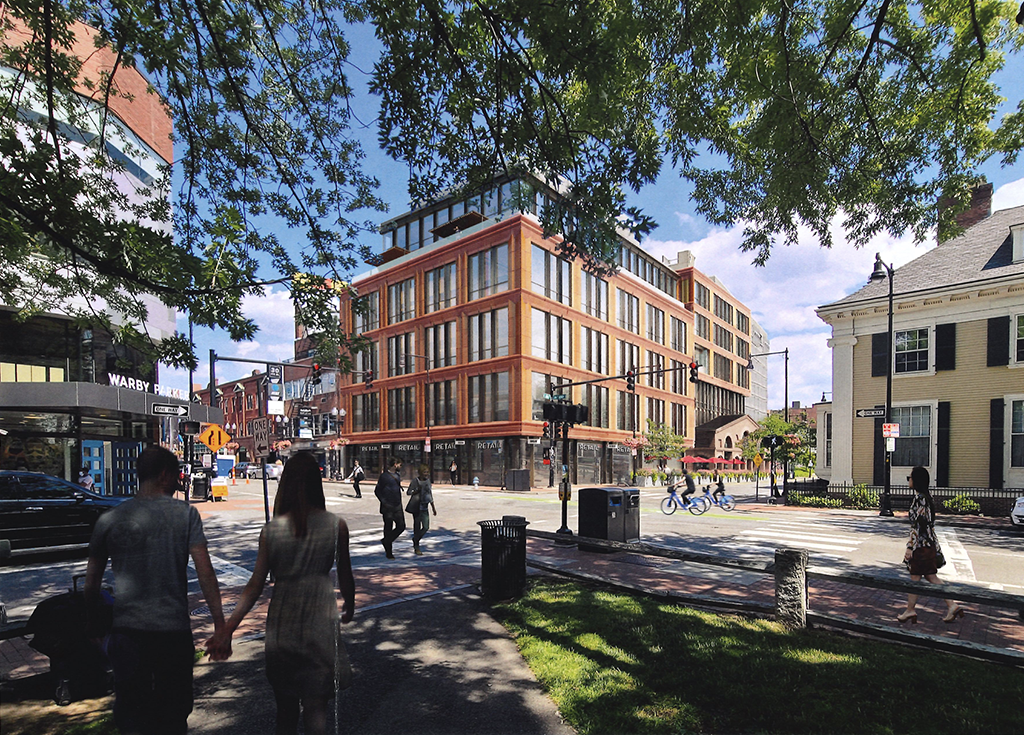 An updated rendering of the proposed Garage renovation in Harvard Square, presented to the Historical Commission on Jan. 6. (Image: Bruner/Cott Architects)

The remaking of Harvard Square’s Garage mall has been revised coming out of a Historical Commission hearing held Jan. 6 to include lab and life-sciences space. Another change to what owner Trinity Property Management described in May is a reduction to 87,494 square feet from 110,000, the Bldup real estate platform reported Jan. 24.

The four-story Garage, at 36 John F. Kennedy St., has been a destination for shoppers and diners for 40 years. The structure began as stables, and was converted into a parking garage in the 1920s; the stores that took over its upper floors were reached by walking the spiral ramp kept after the cars left. But the value of upper-floor retail has waned, and Trinity’s John DiGiovanni now plans to keep all the fun stuff at ground level, accessible from the sidewalk.

The value of office space, which DiGiovanni first envisioned for the revamped Garage’s upper stories, has also changed. The vacancy rate for existing lab and research and development space is 0.1 percent, the Boston Herald reported last month, and 3.2 million square feet of office space is being converted to help meet demand.

A spring 2024 opening is expected for a new, six-story Garage – though it’s unclear if that will be its name – that will keeps the original brick masonry facades from the 1860s at its lower levels. 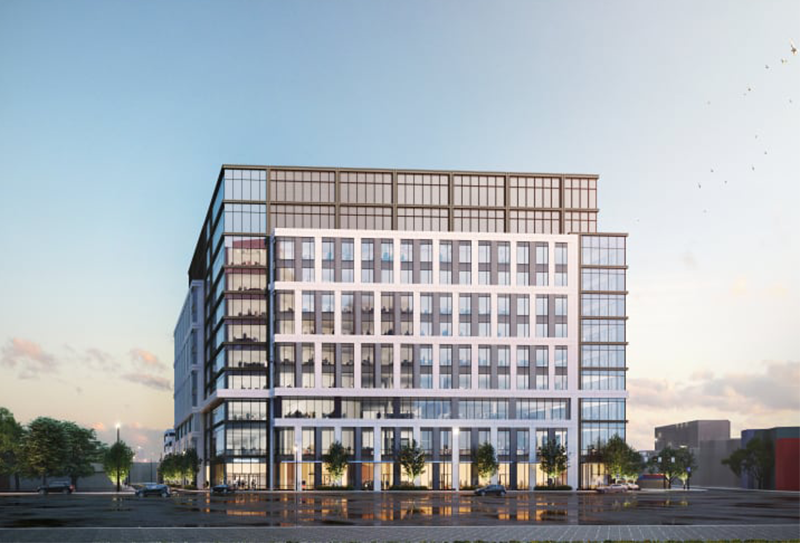 Four months of discussions have resulted in a signed community benefits agreement between Somerville’s Boynton Gateway life-sciences project and the Union Square Neighborhood Council, according to council co-chairs Ann Camara and Andy Greenspon and the developer, CV Properties. The agreement, signed Jan. 16, is part of CV’s 313,500-square-foot project replacing auto garages at Columbia Street and Webster Avenue near Union Square. The project is within the larger Boynton Yards “innovation campus.”

CV Properties has also committed to quarterly progress reports and, more significantly, collaborating on a multi-service community center for Union Square that aggregates the contributions of different developers in one central location. Other Union Square developers have already expressed interest in the idea, which was proposed by the USNC. 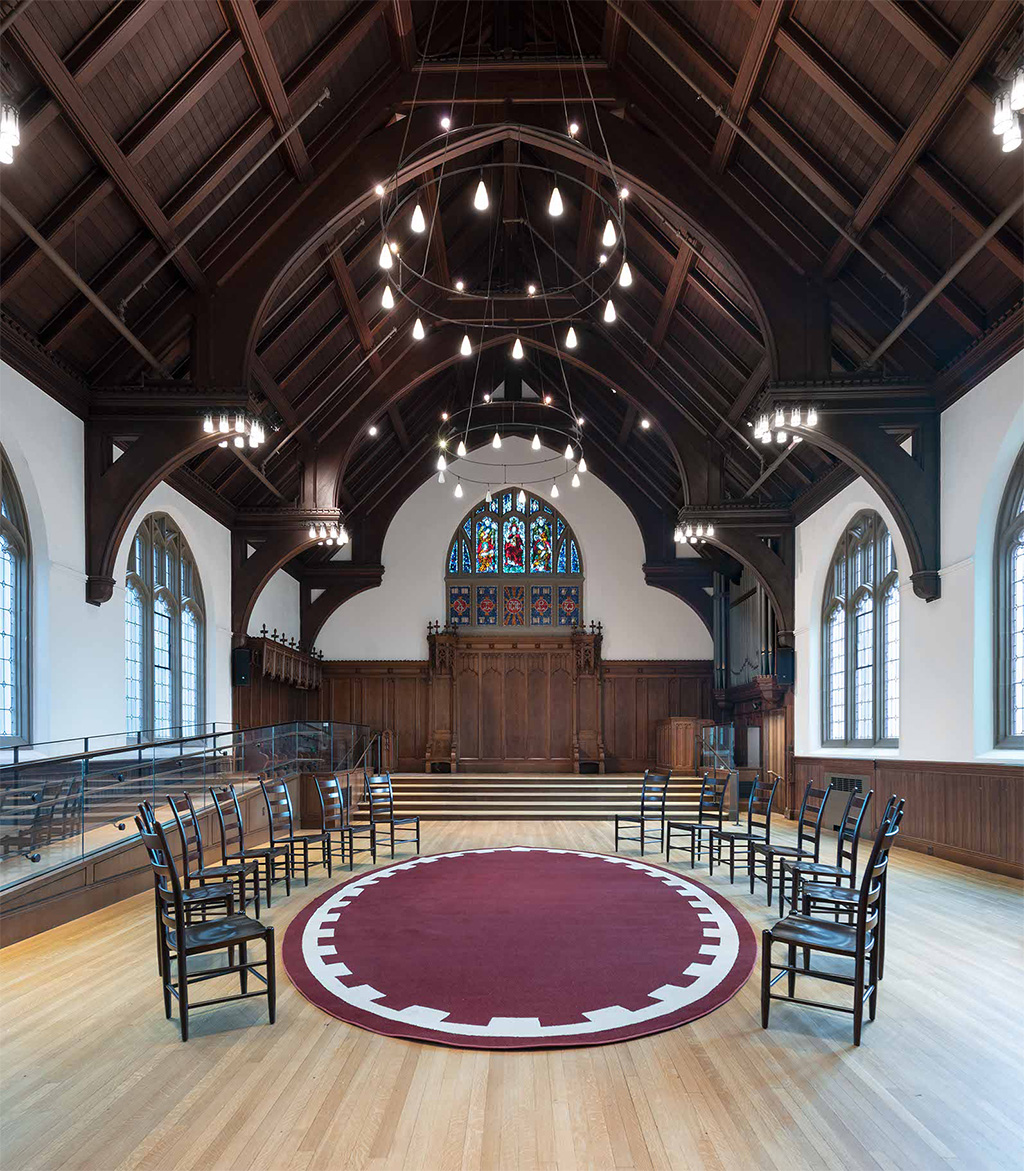 The Harvard Divinity School is celebrating this month the completion of renovations at its Swartz Hall – in August. (Publicists did not explain the delay.) Shawmut Design & Construction, working with Ann Beha Architects, did a 60,000 square-foot renovation and 13,000 square-foot expansion starting in May 2019. Among updates to the 1911 hall was a two-story addition with a glass facade that lets a multipurpose room look out onto to a renewed campus green; a dining commons with café and fireplace lounge built of repurposed granite from the original building; and an outdoor terrace and gas fireplace built of granite quarried in Deer Isle, Maine, that functions as a front porch and provides another outdoor gathering space. 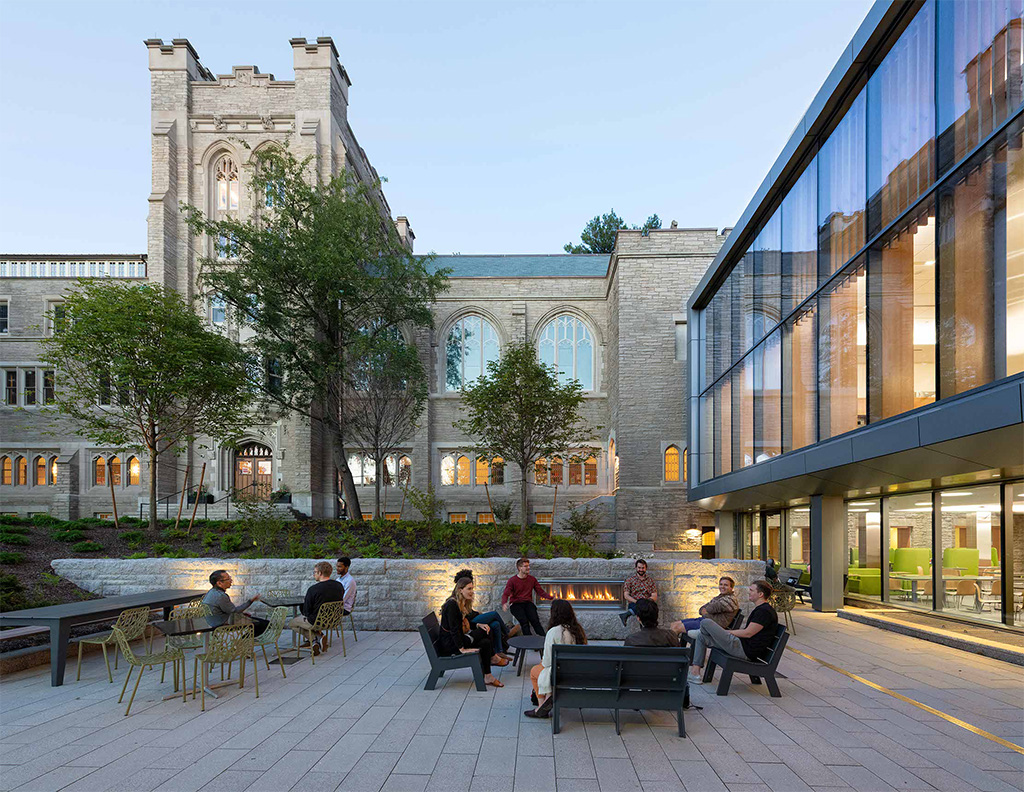 The second floor of the addition features a 200-seat multipurpose space and new classrooms. A wing that held five levels of book shelving was removed to create three levels of classrooms and workplaces and a two-story multi-faith space with movable seating, prayer rugs and meditation cushions “intended to allow visitors using the space for any practice to feel welcome,” according to a Jan. 21 email. “There is also a new, adjacent room for ritual cleansing by Muslims before daily prayers.”

The project caused an uproar in 2019 when a 150-year-old, 75-foot red oak known as The Divinity Tree had to be taken down to make room for the improvements. The press release noted the school’s efforts to be environmentally conscious. “Our team expertly navigated the preservation of the building’s historical significance and character-defining details while increasing energy efficiency and creating a welcoming, accessible, and modern environment that embodies the school’s vision for an inclusive campus,” said Kevin Sullivan, executive vice president of Shawmut.

This post was updated Feb. 2, 2022, to clarify that the Boynton Gateway life-sciences project is within Somerville’s Boynton Yards, and to add a photo of the specific proposed Boynton Gateway project.