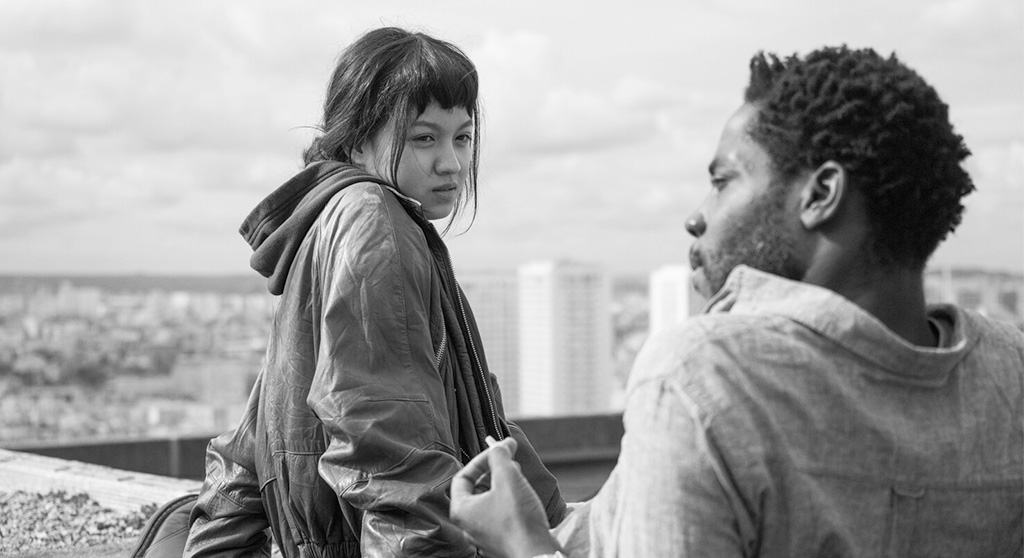 Come Monday, for school vacation break it’s Muppet Madness with “The Muppet Movie” (1979), “The Dark Crystal” (1982) and “Labyrinth” (1986). On Friday, it’s the area premiere of “We’re All Going to the World’s Fair,” a small, indie psychological horror film that has something of a “Candyman”-like ritual packed inside an online role playing game. The film’s ultimately more about the young protagonist’s angst and loneliness than blood and guts. Actress Anna Cobb carries the film, and director Jane Schoenbrun stretches her small budget to eerie effect.

On Monday the Harvard Film Archive shows “Expedition Content” (2020) from Ernst Karel and Veronika Kusumaryati of Harvard’s Sensory Ethnography Lab. The film is a reworking and ethnographic plumb of the the 1961 recordings made in West Papua by Michael Rockefeller (of the family behind Standard Oil, which explored for oil in New Guinea). On Friday the HFA hosts another session of “Films By & About Kids,” a series of shorts out of the Yvonne Andersen and the Yellow Ball Workshop.

The Somerville Theatre’s penultimate chapter in the “Face/Off” series with John Travolta and Nicolas Cage cues up Tuesday with Travolta trading on his hipness as mobster-turned-moviemaker Chili Palmer in the deft comedy “Get Shorty” (1995), directed by Barry Sonnenfeld from Elmore Leonard’s novel and with an incredible supporting cast that includes Rene Russo, James Gandolfini, Dennis Farina, Delroy Lindo, Gene Hackman and Danny DeVito. On the Cage side of things (his movie, “The Unbearable Weight of Massive Talent,” opens this week), we get a very dark turn from Nic as a failed screenwriter trying to drink himself to death in Mike Figgis’ “Leaving Las Vegas” (also 1995). Cage would win the Best Actor Oscar for it, costar Elizabeth Shue would get a Best Actress nod and Figgis would be nominated for his script and direction.

Also showing this week is Terry Gilliam’s take on Hunter S. Thompson’s gonzo odyssey “Fear and Loathing in Las Vegas” (1998) – seems there’s a Vegas thing going on – starring Johnny Depp as the maverick journalist and hallucinogenic test pilot. It’s Wednesday, in 35 mm. Friday brings a bit of a changeup with “It Happened One Night” (1934), Frank Capra’s Golden Age classic about a spoiled runaway socialite (Claudette Colbert) and a roguish reporter (Clark Gable) determined to get the scoop on her scandalous disappearance (there’s also a journalistic theme going on). On Saturday, it’s a rebel yell times two with Marlon Brando as a mercurial biker in Laslo Benedek’s “The Wild One” (1953), costarring Lee Marvin and Robert Keith, and the seminal James Dean classic “Rebel Without a Cause” (1955), directed by Nicholas Ray and costarring Natalie Wood, Sal Mineo and Dennis Hopper.

The Landmark Kendall Square Cinema shows Robert Eggers’ “The Witch” (2015) on Wednesday in hot anticipation of the Friday release of his Viking saga “The Northman.” The Sundance hit about a 1600s family banned from a colony outpost for religious reasons, and living on their own in the bucolic yet harsh New England highlands, has become something of a folk horror staple (other genre-defining films would include “The Wicker Man,” “The Blood on Satan’s Claw” and “Midsommar”). The film also made a star out of Anya Taylor-Joy (“The Queen’s Gambit”), who stars in Eggers’ “The Northman” alongside Nicole Kidman, Alexander Skarsgård, Ethan Hawke, Willem Dafoe, Björk and Claes Bang.

Bradley Jackson’s debut feature on legendary pitcher Nolan Ryan is more than just your typical jock doc. It gets at the heart of the man who made it to the top but remained a devout Texas homebody the entirety of his career, from his humble origins as a wide-eyed kid signed by the Mets in the mid-1960s to his days as elder statesman of the mound with local teams the Astros and the Rangers before retiring to his cattle ranch. One of the main themes of the film is longevity and steady values – those being his career of 27 years, his marriage to his high school sweetheart and his constant, loyal love for all things Texas. In those 27 years, Ryan won only one World Series (early, with the Mets alongside Tom Seaver) and never won the Cy Young Award. He does, however, hold 50 major league records, including most strikeouts (5,714, with the next best being more than 800 off) and no-hitters pitched (seven, with the next best being four). The many renowned talking heads that chime in on Ryan’s mound greatness include pitcher Randy Johnson (second in strikeouts), former Sox ace Roger Clemens (third), former president and Astros chief George W. Bush and other MLB notables Pete Rose, Dave Winfield and George Brett. On Amazon Prime Video.

Disney has pushed this cute family viewing to its streaming platform for Earth Day. Filmmakers Alistair Fothergill (“Deep Blue”) and Jeff Wilson score seemingly unlimited access to a mother polar bear with two cubs. The journey to maturity is narrated by Catherine Keener. The cinematography is stunning, especially the use of aerial photography. The film does hit upon climate change as the summers become longer and harder for the bears, who most effectively hunt seals on ice floes. The animal’s survival skills and resourcefulness impress; so does the size of a bull walrus that makes mama ice bear seem like a chihuahua. On Disney+.

Jacques Audiard (“The Sisters Brothers,” “Rust and Bone”) brings the sex scene back to the big screen with this deft drama about the lives of three young Parisians trying to find themselves and the complications that arise from casual sex and unrequited emotions. The tangled web begins with Émilie (Lucie Zhang), an ingenue in need of a roommate. She wants her roomie to be a she, and responds to a text inquiry from a Camille, who turns out to be a he (Makita Samba). Sex happens, and so do complications when other women stop by to see Camille. Orbiting them is Nora (Noémie Merlant, “Portrait of a Lady on Fire”), a graduate student who makes the mistake of wearing a blonde wig to a club party. It turns out, in said tresses, Nora’s a dead ringer for a trending porn actor and cam persona named Amber Sweet (Jehnny Beth), which invites lewd incursions from male classmates and a social media skewering. In the aftermath, Nora reaches out to Amber and gets a job at the real estate office Camille rents flats out of. The round and round of emotions and passion is pleasingly akin to Mike Nichol’s “Closer” (2004). Audiard’s decision to shoot in black and white deepens the emotional murkiness the three central players navigate. At Landmark Kendall Square Cinema, 355 Binney St., Kendall Square.