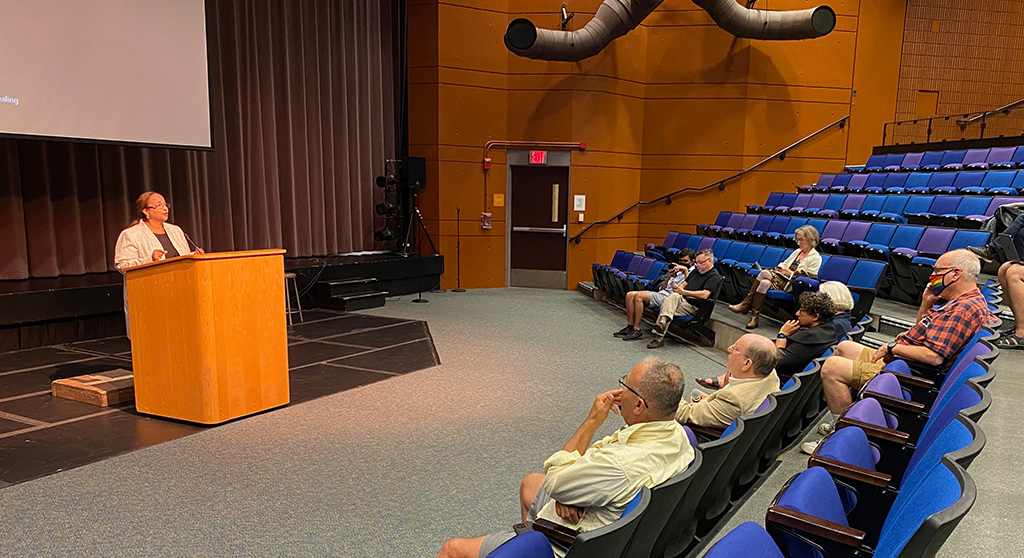 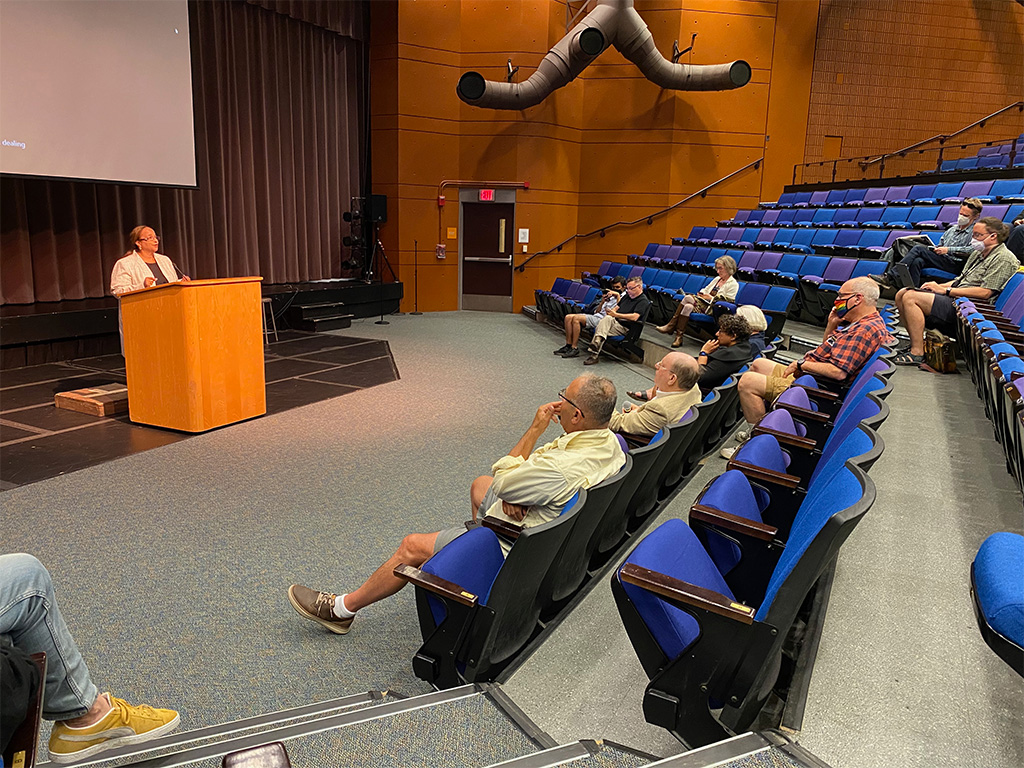 Four candidates for city manager took questions and met the public Tuesday, giving glimpses of their thinking on such as things as government transparency, community outreach and relations with the City Council, as well as more specific policy matters: expanding after-school and pre-K programs, adding housing stock and how to go about the job even as a charter commission assesses whether the city manager form of government still works for Cambridge.

Unique among the questions was the one about municipal broadband, a policy issue that divided city councillors and City Manager Louis A. DePasquale for nearly his full six years in office. Councillors urged action on a feasibility study and to take advantage of chances to lay infrastructure cheaply, and DePasquale spent years on an unexplained resistance, including more than one broken promise. Two years after councillors boycotted part of the city budget in a final-straw approach to demand the study, DePasquale finally agreed in November to one paid for by federal Covid aid money.

By contrast, each candidate to replace DePasquale when he leaves July 5 signaled the importance of some form of city-owned Internet.

“This is a very clear priority from the City Council, given how many times it has been voted on. I would push this forward with a great deal of urgency, especially given how long it’s taken for us to get to this phase,” said Yi-An Huang, a Cambridge resident who is executive director at Boston Medical Center. While he expected the study to fill in critical details about why some cities’ municipal broadband served as a backbone for innovation and equity and others have stumbled and struggled, “I would be committed to the goal. I think that Covid has showed us how important digital equity is.” 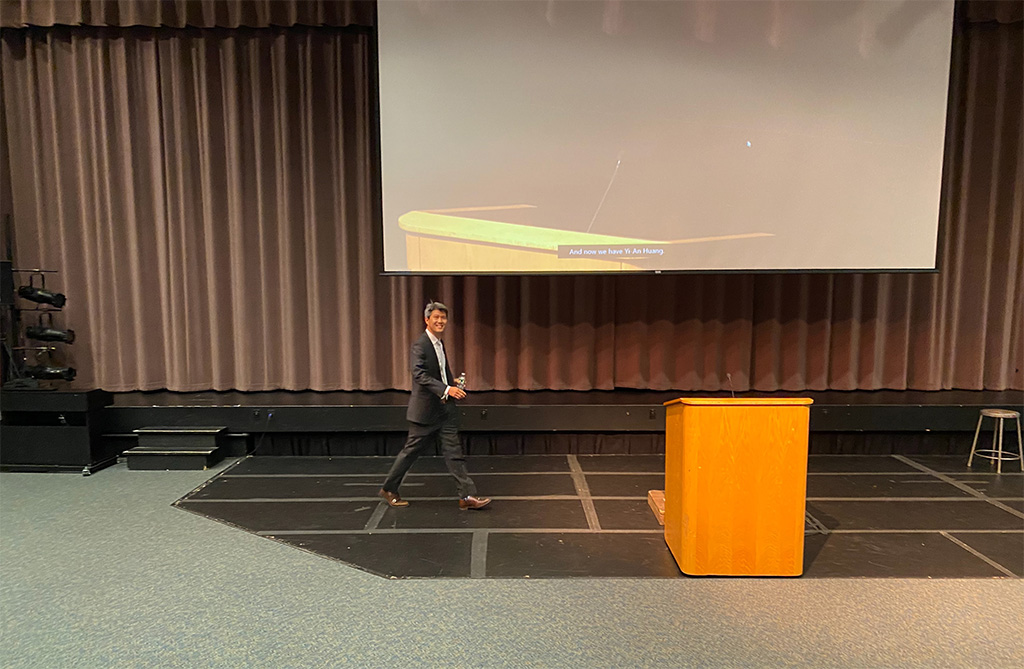 Norman Khumalo, town manager of Hopkinton, a town about 33 miles west of Cambridge, noted that one of his projects after arriving in 2009 was to connect town buildings with fiber. “We were told that would be impossible” considering the needed approvals, but “we found a way, and that decision spread a great deal of innovation through the community,” he said. “It’s essential that Cambridge looks into implementing broadband, which will deliver connectivity” good from an economic development and social justice perspective.

His overall response to the broadband question suggested he wasn’t aware of Cambridge’s years of work on the issue, said people at the forum. He suggested setting up a task force and other steps that have already been taken,

A practical approach was taken by Cheryl Watson Fisher, a Cambridge lawyer and city solicitor in Chelsea, who warned listeners of the expense of what was being considered and offered ways to make a form of it happen. “Broadband doesn’t necessarily have to be fiber these days. The 5G modules are going up on poles, and we need to pay attention to what may be a less expensive option,” she said. There were also grants that can help, but “the best answer would be a public-private partnership, because it would be cheaper.”

The most outwardly circumspect of the responses came from the internal candidate for city manager: Iram Farooq, assistant city manager for the Community Development Department since 2015. She stressed the digital equity side of the city’s Internet work over the city-owned network aspect and said Cambridge needed to wait for a consultant’s analysis “to figure out what the next steps are.” 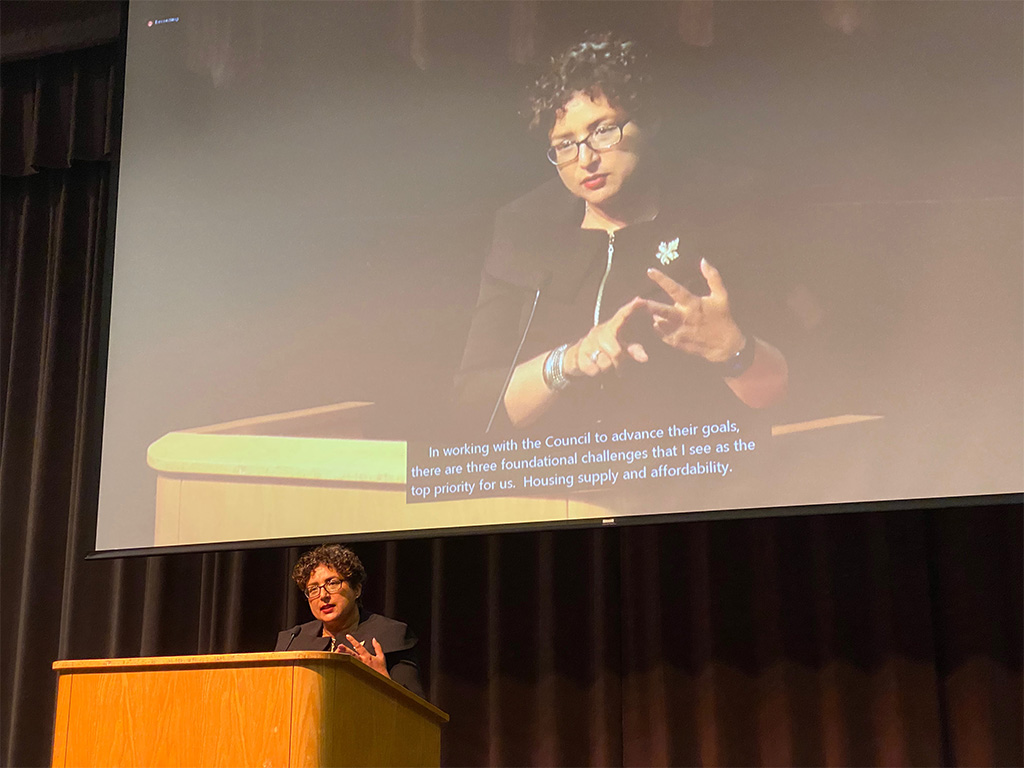 Yet Farooq also pointed to Patrick McCormick, the city’s chief information officer and head of information technologies, as an expert who has helped analyze and build community broadband internationally. “He is a resource that we really should bring forward and utilize,” she said.

The candidates promised to work toward good relations with the council as well. Farooq suggested biannual check-ins and policy trackers to prove her commitment to transparency and get around government’s reflexive fears “about how information might be used, or misused.” Fisher agreed that councillors needed to know upfront when a policy order wasn’t happening, not just when it was. Khumalo noted that he’s thrived in Hopkinton despite an election environment that still includes partisan elections – one of only 16 communities in the state that does – and said he doesn’t get “shaken by conflict, and I don’t get irritated by political dynamics.” 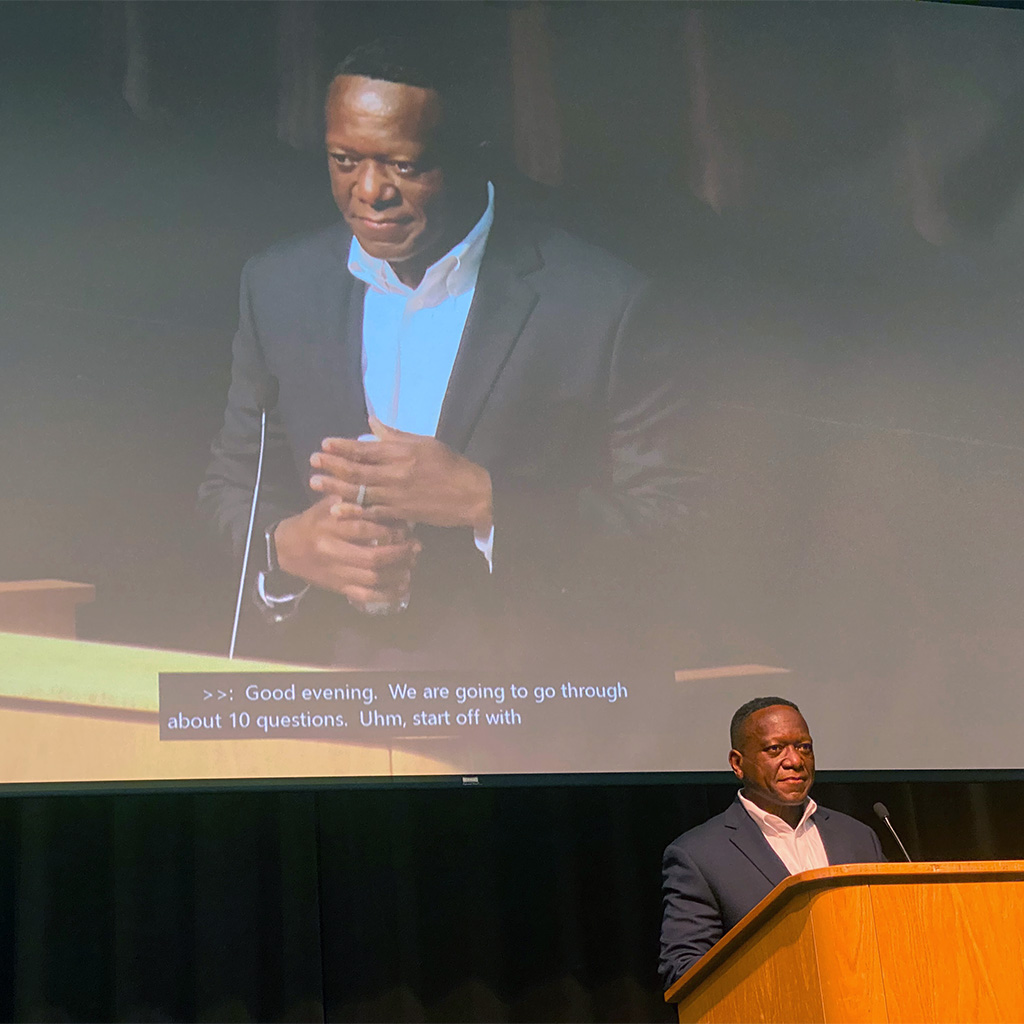 Huang said he acknowledged the council’s role as the elected body that passes laws, sets goals and gives directions, and that he saw the manager as a facilitator who builds strategy and ensures implementation – and is “honest about where we are falling short.”

Councillors will vote to appoint the next city manager at a special meeting Monday; before that comes their public interviews Wednesday at 6 p.m. in City Hall. 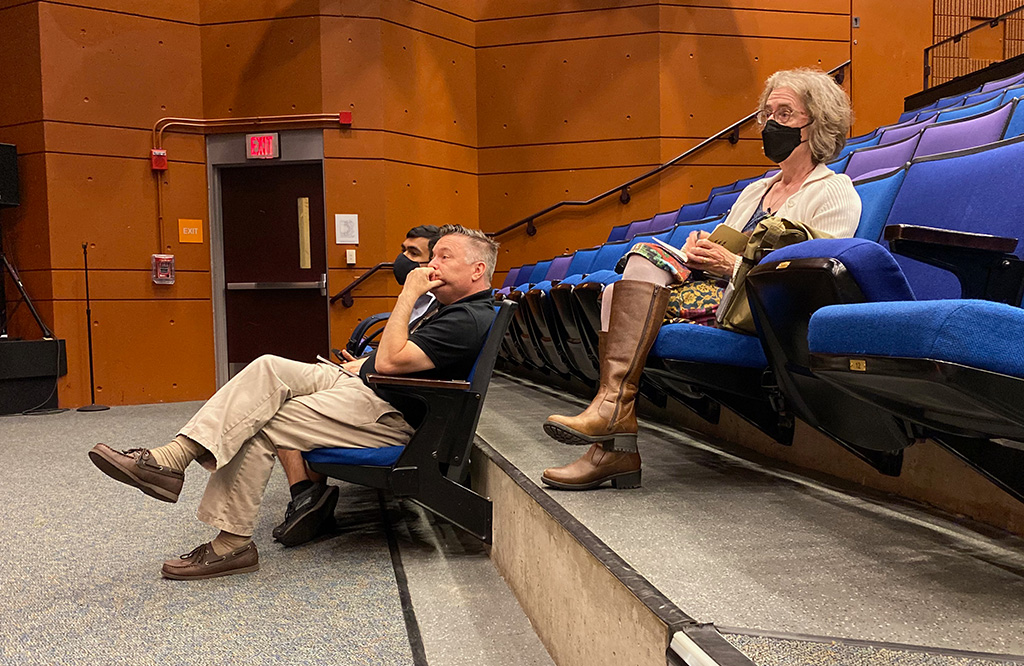 On Tuesday, the four candidates spoke to a sparsely filled Fitzgerald Auditorium at Cambridge Rindge and Latin School; to another 100 watchers of the three-hour forum via the Zoom video platform, according to council staff; and an unknown number of watchers on local cable. The candidates mingled afterward and took more personal questions – or advice – from those in attendance.

Questions during the forum were asked by Richard Brown of Randi Frank Consulting, the firm working with vice mayor Alanna Mallon on the city manager search and hiring process.

Though the 10 questions drawn from residents’ feedback prodded about the relationship between the city manager and council, a lack of government transparency and how to ensure representation by stakeholders in decision-making, Brown warned against reading them as a referendum of DePasquale’s time in office.

“I believe it’s meant to be a honest discussion about community goals rather than a review of past performance,” said Brown, a recently retired city administrator with experience in Somerset and Freetown. “Most of us in the business are thick-skinned enough to recognize that.”

“I can’t speak to what the residents’ motivations are in asking those questions. Anytime you have a change in city manager, it’s a chance to review everything you’ve done, and the fact they’re asking the questions may or may not be a criticism,” Brown said. “It’s just an opportunity to have a discussion on those things that you never really talked about because everything else was kind of in the way.”

This post was updated June 2, 2022, to add a note about Norman Khumalo’s response to a question on broadband.