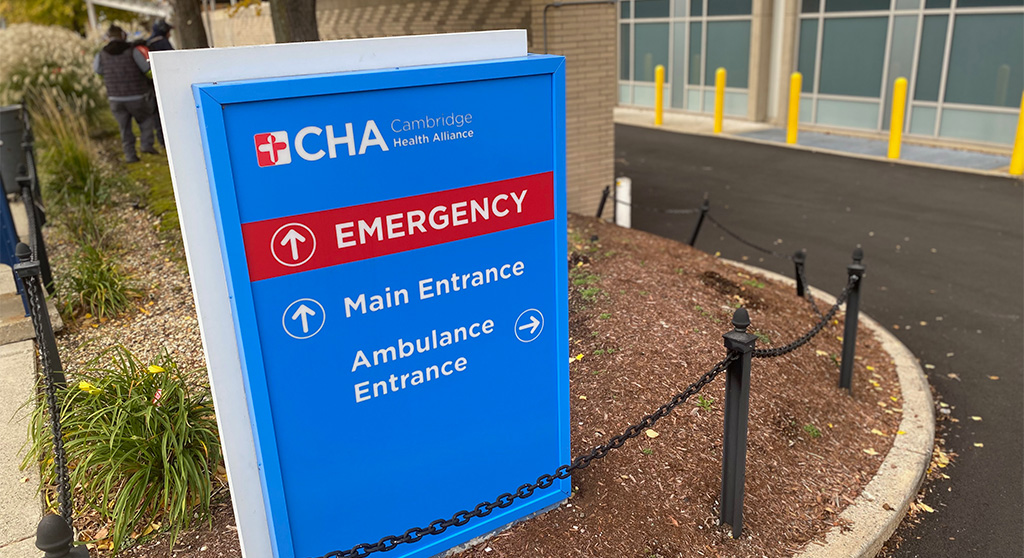 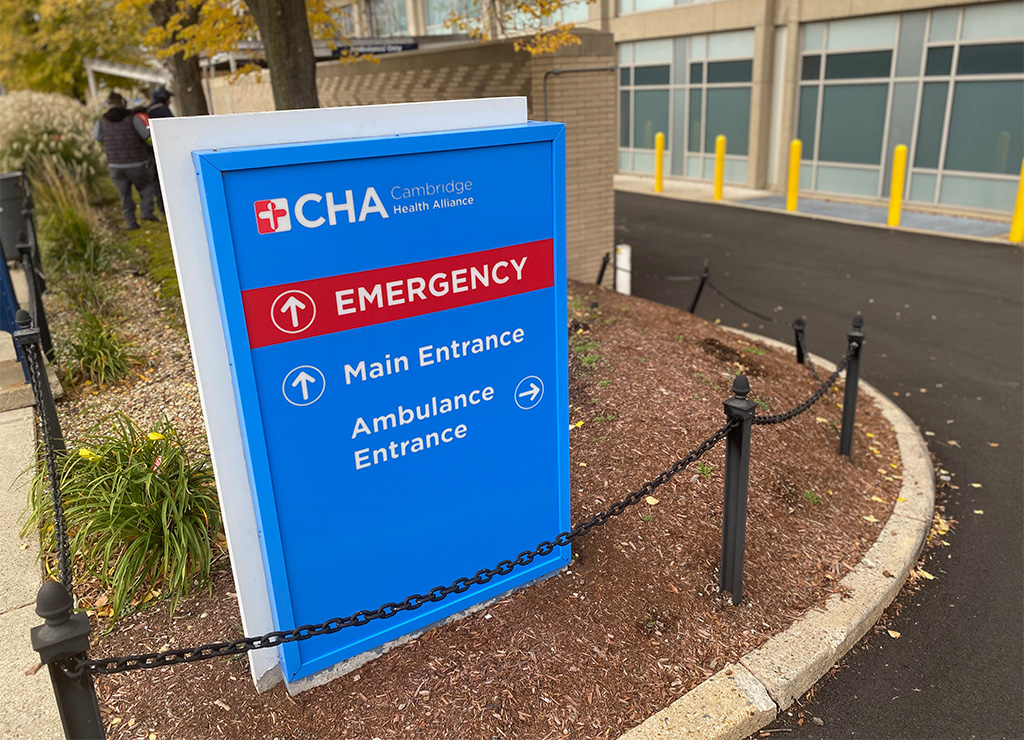 There are persistent staff shortages at Cambridge Health Alliance, according to a trustees’ finance committee meeting. (Photo: Marc Levy)

The pandemic is still pummeling Cambridge Health Alliance financially, with patients again afraid to seek care during the current surge, and persistent staff shortages lengthening the wait for patients who do want help. Adding to the problems: assaults by teenage psychiatric patients, and monthslong delays in opening psychiatric units in Somerville for adolescents and children.

These difficulties and more came to light at a meeting of the CHA trustees’ finance committee May 24. As of April 30, with only two months remaining in the health care system’s fiscal year, it has lost $27.8 million from operations compared with an expected loss of $8.7 million. Even adding non-operating income such as pandemic aid, the Alliance still lost almost $1.8 million while the budget had forecast a surplus of $8.4 million at this point, according to the financial report presented to trustees. Still, chief financial officer Jill Batty said leaders expect that state and federal aid will close the gap by the end of the fiscal year June 30.

Mental health treatment, CHA’s major service, remains a trouble spot, according to the numbers and explanations from Batty and other administrators. The Alliance announced in December 2020 that it would open more than 60 new inpatient beds for children and adolescents at its Somerville campus amid a statewide shortage of beds for young patients. The Somerville units would have replaced 27 existing beds at Cambridge Hospital, more than doubling capacity, and would have enabled CHA to increase capacity for adults at Cambridge Hospital by 24 beds.

A 21-bed unit for teens was the first to open at Somerville, in June 2021. Then a water main break in Somerville on Sept. 28 caused severe damage to the entire building, closing down existing primary care and specialty services such as eye care for weeks and sending 14 young psychiatric patients back to their old 14-bed space at Cambridge Hospital. Another 24 psychiatric beds for children and a new 24-bed special service for children and adolescents with neuropsychiatric disorders such as autism were to have opened by the end of 2021.

The medical services have resumed; the new psychiatric units are still awaiting numerous approvals, Batty said. CHA now expects them to open early in the 2023 fiscal year, which begins July 1.

Staffing has been a problem at the existing adult and and pediatric inpatient psychiatric units, said an administrator who couldn’t be identified on the Zoom video of the meeting. “We have to recruit the staff, it’s not at a stable level,” he said. The Alliance first struggled to recruit nurses and then clinic staff. “We had trouble with [staff for the adolescent unit] being concerned about assaults,” he said.

Asked when the assaults occurred and the response, spokesman David Cecere said: “All psychiatry units, emergency departments and health care in general have seen assaultive behavior increase over the last few years, especially during the Covid pandemic … Keeping staff safe continues to be a priority at CHA.”

Outpatient mental health visits have also lagged, but “we’re rebounding a little bit from some turnover,” Batty said. Last fall mental health clinicians said one-third of the staff had left within the past 18 months, causing long waits for appointments and prescriptions and turmoil for patients who lost their therapist, sometimes sending patients to the emergency room. The clinicians said many left because of disagreement with a new model of care that relied more on data than the needs of patients.

Clinicians also said CHA was having difficulty hiring replacements because of the new model. Cecere responded then that there were no problems recruiting mental health staff and “very few vacancies” among therapists, although “some turnover” had been seen from the new treatment system. He also said demand for mental health treatment had exploded everywhere during the pandemic and that local waiting lists were shorter than the clinicians claimed, though he provided no specifics.

One longtime patient said recently that he lost his therapist four times during the past three years, the latest just two weeks ago, disrupting his care.

Despite the overall employee shortages, CHA is paying more for salaries and benefits than it budgeted. That’s because temporary workers hired to fill the gaps, such as “travel nurses” who work at hospitals anywhere that need them, are more expensive than employees on staff, Batty said.

Resignations aren’t the only cause of shortages, chief executive Assaad Sayah said. “We have about 100 people out right now because of Covid or exposure to Covid,” he said.